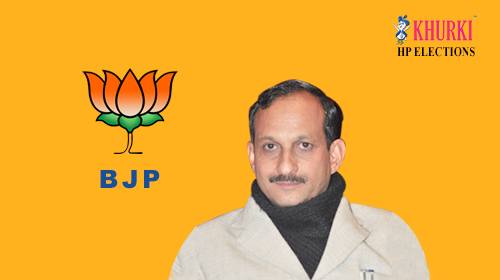 Satpal Singh Satti is the Una MLA. He is associated with the Bharatiya Janata Party. He is son of Shri Jagdev Singh. He was born on 5th January 1964 at Jalgran, Distt. Una. He is an M.Phil in Political Science and Post Graduate Diploma in Personnel Management and Labour Welfare. He is married to Smt. Meena.

Una is one of the districts of Himachal Pradesh and shares its border with Hoshiarpur and Ropar districts of Punjab. The terrain is generally a plain with low hills. Una has been identified as a main industrial hub and has become a transit town for travellers going to the famous city of Dharamsala or Kullu, Manali, Jwalamukhi, and Chintpurni. Una is home to the Kila, which is a historical fort and an ancestral home of the descendants of the first guru of the Sikhs, Guru Nanak. Una although unchanged for past century has shown huge appetite for growth and development.

Satpal Singh Satti has been President of state Bharatiya Janata Yuva Morcha and Member, State BJP, Executive Committee and President, State Bharatiya Janata Party since 2012. He was elected to the State Legislative Assembly in 2003 and re-elected in 2007. Remained Member, Public Accounts Committee and Rural Planning Committee from January 2008 to July 2009. He was Chief Parliamentary Secretary (Attached with CM for MPP & Power and Youth Services and Sports) from 9 July 2009 to March 2012. Again elected to the State Legislative Assembly for consecutive third time in 2012. He won by a margin of 4746 votes. Satpal Singh Raizada of Congress was the trailing candidate.

Shimla, Aug 26: The tourism industry of Himachal Pradesh has been hit hard as tourist inflow has almost frozen due to the tight security in the...
Read more
Himachal

Shimla, July 21: Even as protests continued throughout the day 9 there was a emergency-like situation in the Secretariat and Police Headquarters. The buildings...
Read more
Elections