Shimla, Nov 9:  Himachal voters will decide the political fortunes of 337 candidates, 19 of them women, as they cast their vote today to elect a 68-member Vidhan Sabha. Preparations are in place for fair and peaceful polling at all 7,525 polling stations.

While the BJP seems well-entrenched in its traditional bastions of Kangra and Hamirpur, it is Mandi which could be the clincher for the party. The Congress hopes for big gains in Shimla, Solan and Bilaspur. Much will depend on its performance in Kangra. In the present House, the party has 10 MLAs from Kangra.

A repeat performance could catapult it back to power.Independents seem to have queered the pitch for the main parties in Palampur, Shimla (Urban), Rampur, Chamba, Shahpur, Jogindernagar and Renuka.

The Chief Minister, who left for Rampur today to cast his vote, appealed to voters  to back Congress’ “development agenda”. Leader of Opposition PK Dhumal, the BJP’s CM-candidate, will be casting his vote in Bhoranj, Hamirpur. 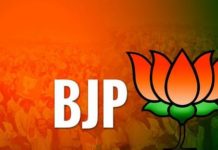