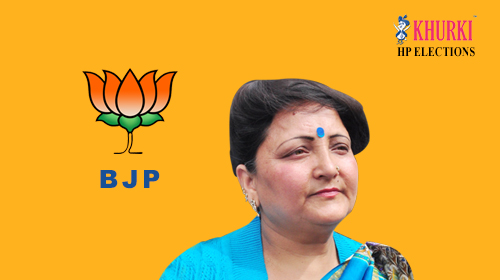 Sarveen Chaudhary is the Shahpur MLA. She is associated with Bharatiya Janata Party. She is the daughter of Shri Gurdev Singh. She was born in Dharamsala on 21st January 1966. She is a Post Graduate in Classical Dance and Diplomas in Yoga, Painting and Cookery; educated at Chandigarh. Shee is married to Brigadier Pawan Kumar.

Shahpur is a Village in Rait Tehsil in Kangra District. It is located some 15 km from district headquarters Dharamsala and some odd 180 KM from state capital Shimla. Shahpur is surrounded by Dharamsala, Kangra, Nagrota Surian Tehsils. Dharamsala, Dalhousie, Chamba, Pathankot are the nearby cities to Shahpur.

Sarveen Chaudhary was elected as MLA from this Vidhan Sabha seat in the elections held in 2012. She won by a margin of 3123 votes. Vijoi Singh of Congress was the trailing candidate.

Widespread destruction caused by rain and storm in Solan district

Shimla, July 31: Gearing up for the Assembly elections in Himachal Pradesh, the BJP has decided to launch "Rath Yatras" in all the 68...
Read more
Himachal

Shimla, July 6: Good rain in June has improved the prospects of Kharif crop. As a result, the state Agriculture Department has fixed Kharif...
Read more
Himachal

Dharamshala, Sep 25: They are landless in their own state and are not allowed to buy land. Flawed land laws are barring the original...
Read more
Load more
KHURKI

Are we ready to shed those tears again?
Read more
Blogs