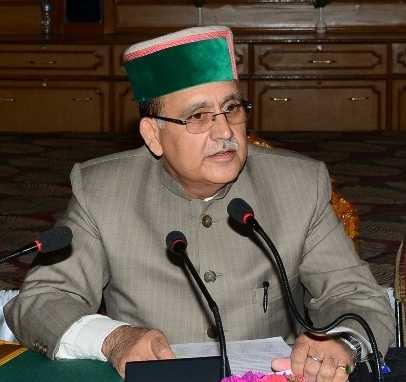 A constable guarding Pathania was injured seriously. He was shifted to the Tanda medical college in Kangra district. Both Pathania and Jaryal have filed cross-complaints with the police.Pathania said around 1 am, he was returning to his home in Suinta village.

Jaryal, his son and about 25 persons stopped his vehicle and asked him to get down as they wanted to inspect his vehicle. He refused to get down following which the youths got violent.“My security guard tried to intervene but they attacked and injured me critically,” Pathania alleged. Earlier also, his men were attacked.

He had filed a complaint against Jaryal, his son and other youths, he said. Pathania alleged that the BJP workers tried to kill him.Jaryal denied the allegations. He said he was not present on the spot of the clash. He was somewhere else when the clash occurred. He said his workers had got information that liquor was being distributed by Pathania’s supporters.

His son and supporters tried to stop the workers of Pathania from distributing liquor. However, his security guard attacked his son and BJP workers. The security guard fired in the air and even threatened my son by pointing his pistol at him.

Accusing the Central Bureau of Investigation (CBI) and Enforcement Directorate (ED) to be working at the behest of the BJP-led Central Government, Himachal Youth...
Read more
Himachal

CPI(M) hopes to put up a good fight in Himachal

Shimla, Oct 31: Elect an Opposition that can keep the Congress and the BJP in check — the CPI(M) is reaching out to voters...
Read more
Load more
KHURKI