Love Is In The Air! An Outstanding Work By My Love Anushka in ‘NH10’: Virat Kohli 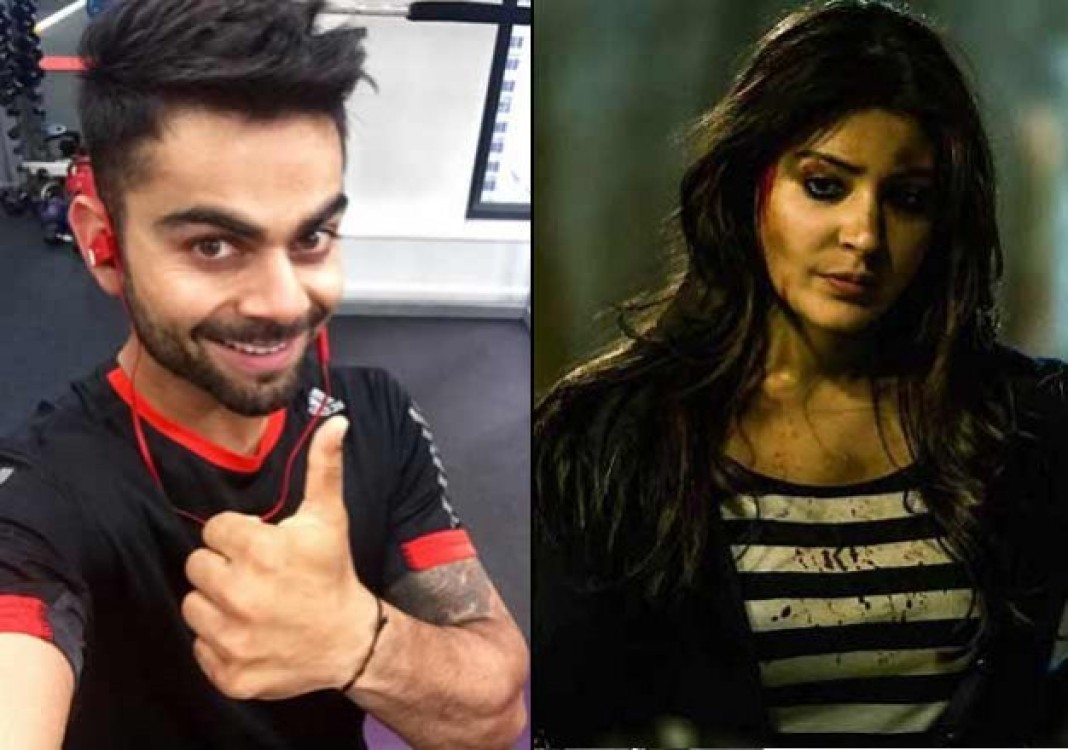 Anushka Sharma’s film NH10 is getting praises from all corners. From critics to movie goers, everyone has appreciated the film and Anushka’s performance in the film.

Anushka is glad that the film has not just managed to find critical acclaim, but also the audiences’ appreciation. She is happy watching the audience clap towards the end of the movie.

But the biggest appreciation that will surely make her day is by beau Virat Kohli. Not only has the cricketer praised the film and her performance but he has also declared Anushka as his ‘love’ on Twitter.

Just watched #NH10 and i am blown away. What a brilliant film and specially an outstanding performance by my love @AnushkaSharma. SO PROUD:)

Amid the air kisses blown from the cricketing field to the paparazzi shots of the couple hanging out together, Anushka Sharma and Virat Kohli had recently spoken about their relationship. Virat blew a kiss towards Anushka, who was on the stands, on completing his 100.

In an interview with Absolute India, Anushka was quoted saying: “I am in a relationship with him and I have respect for my relationship. The only reason I don’t talk about it is because we don’t know where to draw the boundary. If someone comes out in the open and tells you that yes I am in a relationship and if you are going to constantly just keep asking questions, it’s like my personal space isn’t being respected.”

Virat too spoke about their relationship in a press conference.

Anushka Sharma will lip-sync the jazz numbers in her upcoming film Bombay Velvet but the jazz singer in Anurag Kashyap's film was missing from the promotions. Buzz...
Read more
Videos

Kareena Kapoor Khan and Karan Johar have one of the strongest friendships in Bollywood.  Apart from their professional relationship. KJo and Bebo’s personal relationship is...
Read more
Lifestyle

What Should Congress Members Gift Rahul Gandhi On His Birthday Today?

Rahul Gandhi, the young Congress vice-president, who turned 44 today (youth? ya right!) is celebrating his birthday with many people around the globe. Rather, I...
Read more
Load more
KHURKI

Finally, the trailer of the most-awaited film of 2015 Bajrangi Bhaijaan is out. The level of craze or love people are showing for Salman and...
Read more