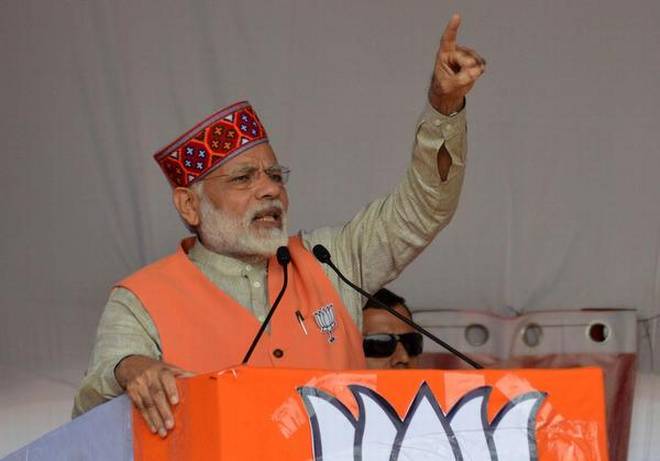 Voting began on Thursday morning in the hill state, where the BJP and the ruling Congress are locked in a bitter contest for power.

“Today polling is taking place in ‘Devbhoomi’ Himachal Pradesh. I urge all voters to take part in the mahaparva of democracy and vote in record numbers,” Mr. Modi tweeted.

The single-phase election is being held across 68 constituencies with 337 candidates, including 62 MLAs, in the fray.

As many as 7,525 polling booths have been set up in the state and 37,605 polling personnel have been deputed for poll duty.

Besides, 17,850 personnel of police and Home Guards and 65 companies of central paramilitary force have been deployed.

Shimla April, 8; Two days of unseasonal snow and rain in Himachal Pradesh have left around 70 tourists — including 34 women and 11...
Read more
Himachal

Shimla July 24: Over the past weeks, Himachal Pradesh has been on a boil. On July 4, a 16-year-old girl left her school in...
Read more
Himachal

Shimla May, 22: The BJP on Sunday organized a public rally at Basal village in Kutlehar Assembly segment against the alleged “mafia rule” in...
Read more
Load more
KHURKI

OMG Facts #5: Schwarzenegger Ran Out On Dialogues In 74 Words!