In an ongoing money laundering probe against Himachal Pradesh Chief Minister Virbhadra Singh, the Enforcement Directorate on Monday attached a farmhouse worth Rs 27 crore in Delhi. The property, registered under the name “Maple Destinations & Dreambuild”, was reportedly purchased at 6.61 crore, partly using unaccounted money, according to the ED. The agency issued a provisional order under the Prevention of Money Laundering Act (PMLA) attaching the farmhouse, which is located in Mehrauli area. “It is political vendetta, will face the case,” Singh said. 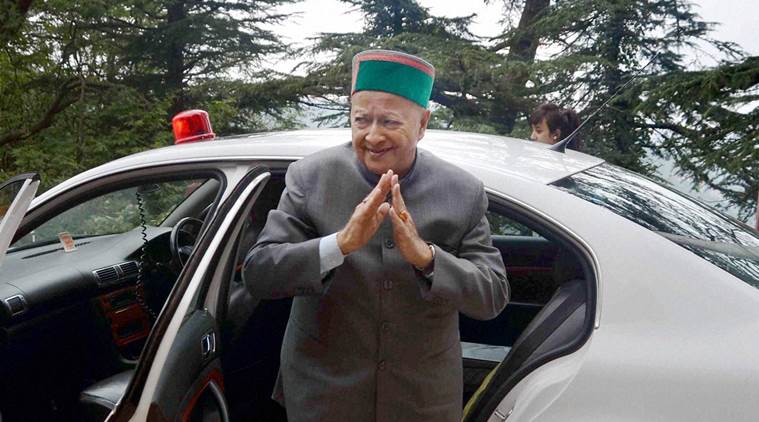 On Friday, the Central Bureau of Investigation chargesheeted Singh, his wife and others in the DA case. They are accused of amassing illegal assets worth Rs 10 crore. The Delhi High Court had earlier declined to quash the case against them. It also removed the interim stay on his interrogation or arrest. In 2005, the ED filed a criminal case under the PMLA based on a CBI FIR.

Shimla, April 18; Use of old machinery is becoming a hindrance in snow clearing operations on various link roads in the tribal district of...
Read more
Himachal

The heritage steam engine of about 112-year old is becoming the preference of foreign tourists in Himachal Pradesh's Shimla. A group of nearly 30...
Read more
Himachal

Shimla, July 28: The Opposition BJP today claimed to have burnt as many as 7,479 effigies of Chief Minister Virbhadra Singh as each booth...
Read more
Load more
KHURKI

Amazing! This Chinese Worker Is No LESS In Shaking A Leg!

These people might be away from the world and from the social media and the competition around, but they aren't less than anybody else! Situations might not...
Read more
Lifestyle

Marital Rape Is A Crime Our Policy Makers Not Ready To Accept !

It's high time we did something about it...
Read more