The minister said “The objective of organising Nursing Week is to work towards humanity and provide better facilities to patients so that their health improves quickly.”He said the state government would start MBBS classes in Nerchowk and Chamba medical colleges this session, while the classes in Hamirpur would be started in the next session.

Medical Science University would be set up at Nerchowk to operate the established medical college and nursing colleges of the state. In the present tenure of the state government, health facilities had been strengthened. During the four-year regime, 107 sub-health centres, 38 primary health centres and 32 community health centres were upgraded in the state, Kaul Singh claimed.

“Apart from this, 925 nurses were recruited in the state while the process of recruitment for 200 posts of nurses is going on. In addition, 625 medical officers were recruited,” he added.Earlier, the minister laid the foundation stone of a hostel for nurses at the Mandi regional hospital, to be built at a cost of Rs 5.5 crore.

He also inaugurated the residential complex for employees, which was constructed at a cost of Rs 62.76 lakh. Apart from this, Kaul Singh inaugurated a central oxygen and suction plant set up at a cost of 18.79 lakh at the regional hospital to facilitate the people of the district with better healthcare facilities. 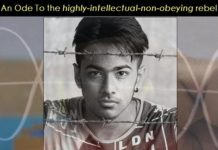