Helimission gets green light to operate in Himachal 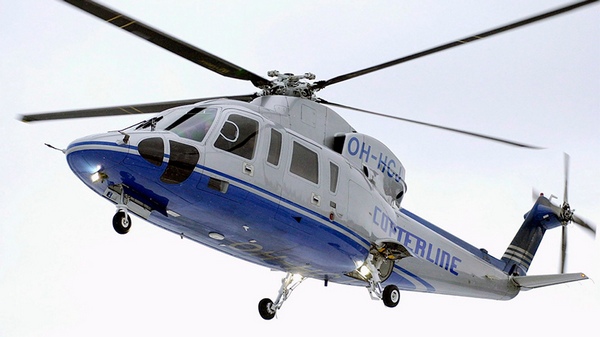 Manali, Sep 18: The tough geographies and limited road connectivity in Himachal Pradesh will no longer be a reason behind people dying in the absence of any medical attention as the Directorate General of Civil Aviation (DGCA) has given a green light to Swiss foundation Helimissionto provide its services in Himachal Pradesh. With this, the possibility of getting helicopter ambulance services has increased in the state.

Uptill now, efforts were being made to run helicopter ambulance in Himachal, especially in its remote areas, for the last four years.

“But now, DGCA has given its nod to the helicopter services. The process of signing memorandum of understanding between the company and the Himachal Pradesh government is underway,” Helimission coordinator in the country Dr Bishan Shashni said.

“The dream will soon turn to reality. Our people will get high-end ambulance services,” a retired government doctor said.

The company would be developing landing sites at Manali and Kullu. The air ambulance will provide relief in many parts of the state with its major focus on Lahau-Spiti, Kinnaur and other tribal areas that get disconnected by roads in winters.

The helicopters will also provide relief in case of flood, fire and other natural calamities, Shashni said.

The company was in talk with the Government of India from the last two years and the DGCA has finally given its approval to use its skies.

The helicopters will be equipped with trained medical team, mini blood bank, oxygen and all the required apparatus.

Many people have lost their lives in Himachal seeking better treatment. The state government’s large chopper, which is used to lift people in emergency cannot withstand inclement weather. The new air ambulances would be capable of conducting sorties in bad weather conditions.

Taking credit of getting approval from the Central government, Lahaul-Spiti MLA Ravi Thakur who is a former vice-chairman of National Commission for Scheduled Tribes said that he had raised this issue with the Centre many times and finally the approval has been obtained.

Students left in lurch, now exams as per old syllabus

Shimla Rape and Murder Case: Himachal to hand over probe to CBI

Shimla, July 15: The Himachal Pradesh government on Friday decided to hand over the investigation into the Shimla schoolgirl’s rape and murder to the...
Read more
Himachal

Why did Rihanna wear an omelet to the Met Gala 2015? Oh, we are sorry, when we looked closely we realized that it was actually...
Read more
Go to mobile version