Cong to invite applications for ticket 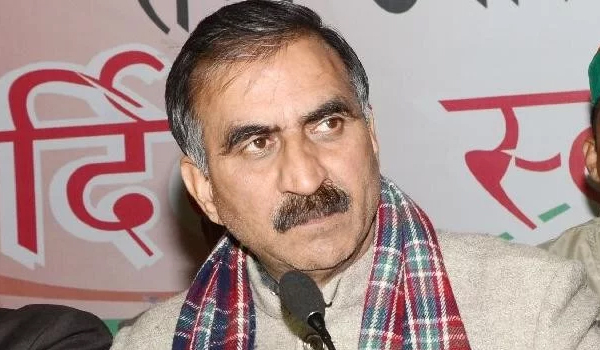 Shimla, Sep 18: Setting a new precedent aimed at bringing about transparency and accountability, the Congress will, for the first time, invite applications for Assembly ticket on a prescribed proforma which, besides other details, will seek information about the persons loyalty towards the party and entire record of legal cases, if any.

Even as factionalism continues to plague the ruling Congress, a procedure is being adopted for the first time. The proforma will soon be made available at all Block Congress Committees (BCC), District Congress Committees (DCC) and state Congress offices.“It is a self-declaration which gives all necessary details about the candidate,” said Sukhwinder Singh Sukhu, Himachal Pradedsh Congress Committee (HPCC) president.

He added that the move had been given approval at the meeting of the office-bearers and Rs 25,000 would have to be deposited by general category candidates and Rs 15,000 by SC and ST along with the application.The proforma has a column which seeks information about any cases with the police or in court of law.

This is being done to ensure that no person with criminal record or facing serious charges is fielded. Besides this, it has a column in which the applicant will have to mention whether he has ever left the party and contested as an independent or on any other political party’s ticket in the past.

“Loyalty towards the party is a big factor and this will ensure that opportunists are not encouraged,” said a leader. It also has a column which seeks information about any other family member applying for the ticket from a particular Assembly segment.Even as there seems to be no end to the tussle between Chief Minister Virbhadra Singh and Sukhwinder Singh, the Congress is keen to start the process of candidate selection.

The party is concerned that the BJP is already in the poll mode and its blueprint for the polls is ready while Congress workers are demoralised seeing the one-upmanship between Virbhadra and Sukhu.

The Congress is keen that sooner the process of ticket finalisation is done, the better it will be in the interest of party. “With some time still left for the polls, those who fail to secure the party ticket will reconcile and not work against the official candidates,” said a senior office-bearer.

Profile Balbir Singh Verma is the MLA from Chaupal, who won as an Independent candidate. He was born on 4 April, 1971, at Katiyana, Distt....
Read more
Load more
KHURKI

#facepalm For Wearing Ray-Ban In Front Of NaMo

While the Bastar Collector was busy flaunting his meeting with the PM, little did he know that he was in for a rude shock. His fashion...
Read more
Blogs

We couldn't stop ourselves from going...Awww...!
Read more