A hilarious video released on YouTube by SpotboyE is a treat for all. And a special one for those who understand Punjabi. Diljit Dosanjh, the known heartthrob from Punjab, has got a huge fan base. Not only in Punjab or India, but all over the world. His songs are a must play to make any party dhinchak. 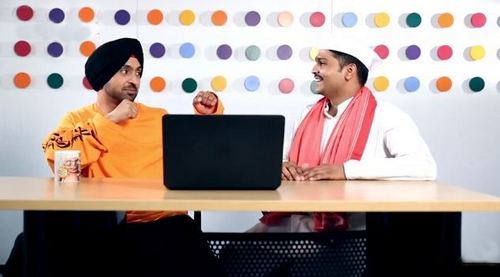 After his work in controversial flick Udta Punjab, this Gabru has got his place well established in Mumbai. And by Mumbai, here we mean the Bollywood industry. But what about the people of Mumbai? What do Mumbaikars think about Diljit? This video shows the hilarious reaction of the people and Diljit when he showed them his hit tracks.

Diljit Dosanjh vs Humans Of Mumbai Is A Must Watch!

Watch Dare To Stare Challenge, You Will Definitely Lose!

Eyes, through which we see this beautiful world. In India, there are around 15 million blind and of this, 26% are children. We all say...
Read more