CPI(M) hopes to put up a good fight in Himachal 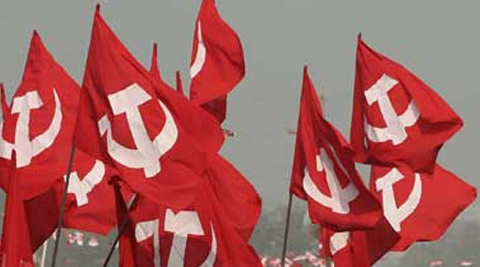 Shimla, Oct 31: Elect an Opposition that can keep the Congress and the BJP in check — the CPI(M) is reaching out to voters in Himachal Pradesh with this pitch as it prepares for the Assembly elections on November 9.

The Left party has been traditionally strong in Shimla and neighbouring seats. In 2012, the CPI(M) created a buzz by winning both the Mayor and Deputy Mayor posts in the Shimla Municipality. However, only three times in the past — 1993, 1977 and 1967 — has the CPI(M) managed to win a berth in the 68-member Assembly.

On October 9, the CPI(M) State unit released a list of 14 candidates for the elections. Of the 14 seats, the party insiders claim their candidates are putting up a good fight in seven seats — Shimla (Urban), Theog, Kusumpati, Ani, Dharampur, Joginder Nagar and Hamirpur.

“There is an urgent need to have a voice that can stand up to the Congress’ and BJP’s anti-people policies. We are the only ones who can do that. So our pitch is clear — elect a responsible Opposition,” said party State secretary Omkar Shah told The Hindu.

With infighting rife in both the Congress and the BJP, the CPI(M) has reason to rejoice. The BJP has not yet announced its Chief Ministerial candidate which has left veteran leader Prem Kumar Dhumal sulking. In the Congress, rebel candidates are in the fray in over a dozen seats against party’s official nominees.

The Left party spearheaded a movement on women’s safety following the rape and murder of a 16-year-old girl this July. It drew sizeable traction and the CPI(M) is hoping that it could translate into votes for the party.

Coupled with this, two factors — the growing disappointment with the Central government due to haphazard implementation of the Goods and Services Tax and the negative impact of demonetisation on apple cultivators could also strengthen the CPI(M).

“Demonetisation cut the cash channels essential for the apple cultivators and traders. To add to this, they brought in the GST, with its complicated process of filing returns. It has been a double whammy for apple cultivators here,” CPI(M)’s Theog candidate Rakesh Singha explains.

The Theog constituency is a prime example of infighting. Here, eight-time Congress legislator Vidya Stokes was denied ticket. She still went ahead and filed nomination. Her nomination papers were, however, rejected. Ms. Stokes incidentally is Mr. Singha’s aunt.

“She is definitely a big leader and her exit does give me an opportunity,” Mr. Singha added. He is also hopeful since Theog has a strong cadre of the Student Federation of India, a student wing of the CPI(M), which was at the centre of July protest against the rape and murder.

In Shimla too, where former Shimla mayor Sanjay Chauhan is in the fray, there is similar infighting in Congress. Congress’ Harsih Janartha, who contested the last Assembly poll, was not nominated by the party this time from Shimla (Urban). He is fighting the election as an Independent against the official nominee, Harbhjan Singh.

“In the last five years as Mayor of Shimla, I managed to do what the BJP-Congress could not do in the last 65 years. I am sure people will give me renewed mandate to carry on with my mission,” Mr. Chauhan told The Hindu. His term ended in May 2017. He fought Assembly polls twice from Shimla in 2003 and 2007. He came second in both.

“Today, out of the 70 lakh population of Himachal Pradesh, 12 lakh are unemployed. Both the Congress in the State and the BJP at the Centre have done little to change the situation,” Mr. Chauhan added.

A Kargil War Memorial Soon To Be Built In Himachal Pardesh

Shimla May, 11: It may well be the first war memorial of its kind, complete with an action scene from the Kargil battle, with...
Read more
Himachal

Cong Not To Have Face For Shimla Municipal Corporation

Dept Of Tourism To Promote Rural Tourism In Himachal

Shimla, May 25: In a bid to ensure that the benefits of tourism development accrue to the local communities, the Department of Tourism and...
Read more
Himachal

Shimla, Sep 12: The Bharatiya Janata Party’s (BJP) preparations in the poll-bound state of Himachal Pradesh are set to receive a shot in the...
Read more
Load more
KHURKI

Tired of keeping up your schedule with one of the TV series or just too cranky about Torrent? Guess what, you’ve got a great...
Read more
Blogs

Re’heel’y Weird Footwear! See It To Believe It!

For those of you who think that you have the best of heels then be it coz we have the worst of heels for...
Read more