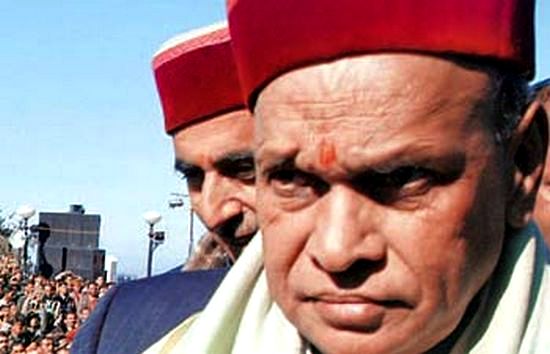 BJP chief Amit Shah made the announcement at a public meeting, thus ending speculation over the party’s choice for the top post.

“The BJP is going to fight the Himachal Pradesh assembly polls under the leadership of Prem Kumar Dhumal … Dhumal is currently a former CM but after December 18, he will be the new chief minister of the state,” PTI quoted Shah as saying.

The former Himachal Pradesh chief minister will lead the BJP to a “huge majority” in the state, Shah said.

It was reported that Union minister JP Nadda was in the running for the post, but Dhumal’s mass connect in the hill state may have tipped the scales in his favour.

PM Modi called Dhumal among the BJP’s “senior most leaders with rich administrative experience” in the state.

“Dhumal Ji is among our senior most leaders with rich administrative experience in Himachal. He will once again make a wonderful CM @DhumalHP,” he tweeted.

The PM said that his party’s focus was the “politics of development,” with the goal of making the state corruption-free.

“I thank my high command, workers and people of Himachal Pradesh,” ANI quoted him as saying.

The BJP had on October 22 unveiled its list of 40 star campaigners in the state, including Prime Minister Narendra Modi, Shah and 10 Union ministers.

Meanwhile, the ruling Congress had announced that it will contest the polls in the state under the leadership of incumbent chief minister Virbhadra Singh, who is also the chairman of the party’s campaign committee.

Elections in the state are scheduled for November 9; results will be declared on December 18.