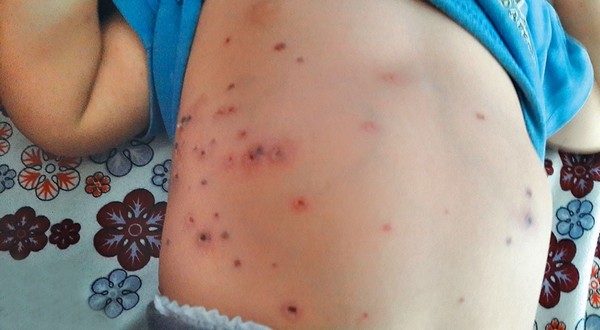 A 48-year-old man from Kotkhai in Shimla district, who was admitted to the IGMC on September 19 died today, he said.

“So far 15 people from various parts of the state have died at the IGMC while one died at Dr RP Medical College, Tanda (Kangra),” he said.

Romesh said that so far 360 patients brought to the IGMC have tested positive and most of them were discharged after receiving treatment.

The scrub typhus or mite-borne typhus is an infectious disease caused by the biting of a specific type of bacteria called (Orientia tsutsugamushi), spread and maintained by the larvae (chiggers) of mites.

Shimla, June 16: Ten pilgrims were killed and 45 injured when a bus carrying them fell into a gorge near Dhaliara, 60 km from...
Read more
Himachal

Shimla, Aug 22: Nationalised banks were closed in almost all towns of Himachal Pradesh on Tuesday as employees joined the nationwide day-long strike to...
Read more
Elections

Go Mangoeyyyy! Different Ways You Can Relish Mango This Season!

Mango, the king of fruits, drives everyone crazy each season, especially Indians. Come summer and they chew up the brains of their local fruitwaala to...
Read more
Humour

Every teenager has some secrets, which are so important for them that they can even hire CIA to guard those secrets. But in reality, they are not...
Read more