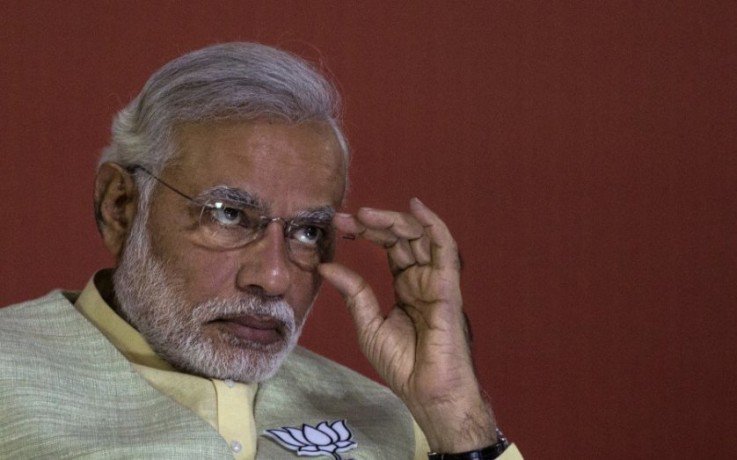 Bilaspur, Oct 4: Rehriwalas (hawkers), who were removed from roads and bus stand ahead of Prime Minister Narendra Modi’s visit to Bilaspur, had a hard day. Normally, these rehriwalas do brisk business during rallies, but it was not the case today.

Grounds of schools and colleges were used to park vehicles coming from outside. The police ensured that no vehicles were parked on roads and due to pro-active approach of the police there were no traffic jams.

However, all arrangements went haywire after the rally as the people were in a hurry to leave the venue and all roads, including the national highway, were choked and long queues of vehicles were seen inconveniencing commuters.

Modi is the third Prime Minister to visit Bilaspur. Earlier, former Prime Ministers Indira Gandhi and Manmohan Singh too visited Bilapur in 1982 and 2007.Masks of Modi and caps were distributed at the main gate of the rally venue, but after the rally concluded, these masks and caps were seen littered everywhere.

The Chief Minister presented a Himachali cap with a green band, a shawl and a “Tanka” painting to the Prime Minister, while the BJP leaders welcome the PM at the rally by presenting him a Himachali cap with a maroon band.While the PM was attacking the government and the Congress, Chief Minister Virbhadra Singh was sitting in the Water Sports Complex listening to his speech.

Hotels in McLeodganj lose power connection due to illegal constructions

What can be more shocking than a man caught urinating inside the Metro. The incident took place in Delhi. A video has been uploaded on...
Read more
Blogs

Click NEXT to find out May be you won't get name and fame in your own country, but in India you will definitely get it....
Read more