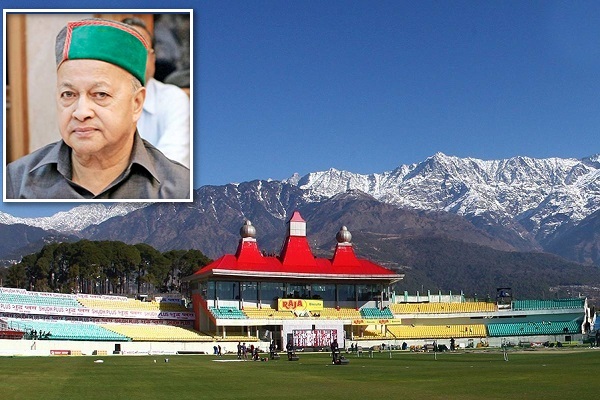 In a major political decision in the election year, Himachal Pradesh chief minister Virbhadra Singh on Thursday announced that Dharamshala town in Kangra district will be the second state capital. Camping at Dharamsala these days during his annual winter sojourn, the chief minister said the town, some 250km from the state capital Shimla, has a significance and history of its own and fully deserved to be the second capital of the state.

He said Dharamshala held a special importance and value to the lower areas of the state comprising Kangra, Chamba, Hamirpur and Una districts.The people of these areas would now be benefitted of this special status and they would not have to travel to longer distance to Shimla for their work, a statement quoting the chief minister said.

He said Dharamshala was already marked prominently not only in the map of India but of the world due to its significance owing to many reasons, including the Dalai Lama’s abode.

Prominent personalities across the world visited this hilly town throughout the year. The chief minister said a full-fledged winter session of the state assembly was held for the first time outside Shimla in December 2005. A complete Vidhan Sabha building is existing in Dharamshala for which the foundation was laid in his last tenure in 2006. This town has already been a witness of holding 12 winter sessions of the assembly so for.

Virbhadra Singh said he introduced the practice of annual winter sojourn way back in 1994 to hear the people and see for himself the progress of development works being carried out in the area.

Shimla, Aug 30:  A top Himachal Pradesh police officer was among eight personnel arrested on Tuesday by the CBI which is investigating the custodial...
Read more
Himachal

Tug Of War Between BJP & Congress For Bhoranj Bypoll

Shimla April, 8; Campaigning for the Bhoranj by-poll came to an end today with the two main political parties Congress and the BJP putting...
Read more
Himachal

15 companies of paramilitary forces to be deployed in Himachal Pradesh

Shimla, Oct 24: Ahead of the state assembly elections, 15 companies of paramilitary force will be deployed mainly on the interstate barriers to check...
Read more
Himachal

Kareena Kapoor is back with a hot and sizzling back. Yep, that's true. Akshay Kumar's next Brothers features an item song done by Kareena Kapoor....
Read more