Every teenager has some secrets, which are so important for them that they can even hire CIA to guard those secrets. But in reality, they are not treasures but real embarrassing stuff ever done. So after you grow out of your teens, all you would do if you get a time machine is erase those embarrassing moments from your life. We have listed a few of them for you, which are common for one and all.

Following a trend isn’t a bad thing but sometimes teenagers go to the extreme to look trendy and fashionable. If you’re a 90s teen, following a weird trend is still in your memories. Those trends can go from to high pony tail to colourful clothing to damn heavy jewellery. 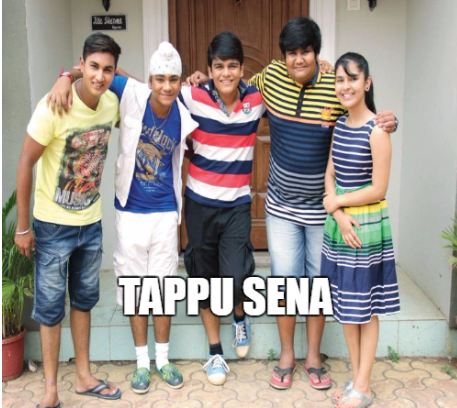 Having a group isn’t a bad thing but giving that group a weird name or some sought after sign or symbol is taking the things a bit too far. But at that time, we did think it was the coolest thing, but not anymore.

Trying to hit on someone with cheesy lines

Hitting on someone isn’t a bad thing nor is it a crime or embarrassing, but sometimes the lines which you use for someone do make things embarrassing and awkward. And the worst is that at that time, you feel great about it but when you look back at the situation you can be seriously embarrassed.

Creativity is seemingly at its peak in teenage and much regretted later. How many of us have created status and profiles that defined our personality and feelings, like cooldude and prettybabe? And all of us ended up regretting these for a long time. It doesn’t really matter that you have deleted them now.

Everyone wants to look cool and mature among their friends especially at the time of adolescence and the best way to look like that is to look a bit mature by using adult things. Sometimes it does sound good but some teens take these things to another level, a level of foolishness.

Wondering if I could end with saying share your embarrassing moments in comments below. Just saying….

Texting Etiquette List Wish Every Mobile Phone Could Come With!

Here’s Why We Need To Understand The Importance Of 20s!

Times When Our Lovable Parents Can Be A Pain Too!

Why Can’t Guys Understand A Few Things About Girls?

What’s Wrong With Schooling That Children Hate Going To School?

7 Reasons Why Teenage Relationships Are The Best!