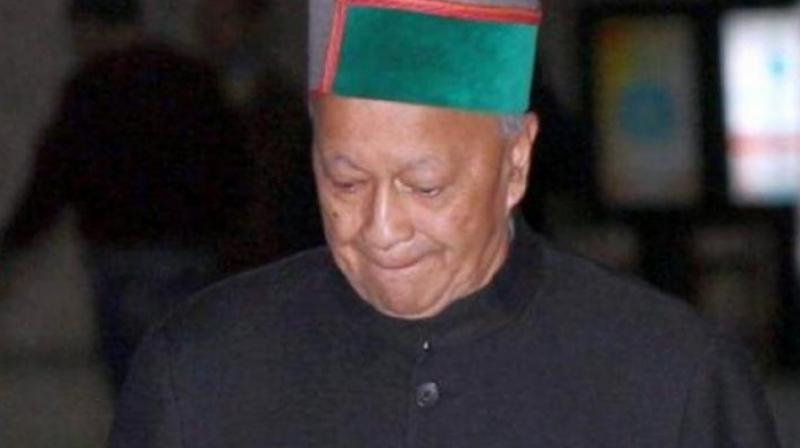 Shimla, Oct 13: Ahead of the Assembly polls in Himachal Pradesh, sister-in-law Jyoti Sen of Chief Minister and Congress leader Virbhadra Singh and some other relatives of his joined the BJP on Thursday, party sources said.

Along with Jyoti, Singh’s brothers-in-law Veer Vikram Sen and Prithvi Vikram Sen also formally joined the BJP along with their supporters in the presence of the party’s state in-charge Mangal Pandey.

Singh, a six-time chief minister of Himachal Pradesh, was recently announced as the Congress’ chief ministerial candidate by Rahul Gandhi, who added that he was confident the party would retain power in the state.

In August, Singh was involved in a power struggle, with some in Congress’ top leadership pushed for the party’s state chief Sukhvinder Singh Sukhu to be their candidate for the upcoming elections.

Jyoti Sen had unsuccessfully contested the 2012 assembly elections from Kasumpti as an independent.

“People from different walks of life are joining the BJP as they are influenced by the progressive and developmental policies of the party,” Pandey said on the occasion.

He claimed that the BJP is all set to win more than 50 seats in the 68 seat assembly.

Assembly elections in Himachal Pradesh will be held in a single phase on November 9.

Shimla, June 5: Water crisis has remained the bane of Shimla residents for the past five years which assumed alarming proportions following the outbreak of...
Read more
Himachal

Kullu, Oct 27: Forced to jump into the political arena on the sudden demise of his father and former Ayurveda Minister Karan Singh in...
Read more
Load more
KHURKI

Whoa gurls...finally someone did it!!!
Read more
Blogs

Although Smoking Kills, But This Is Something Cool

Smoking since ages and still if you don't know how to do this, then you have wasted all your life doing nothing. https://www.youtube.com/watch?v=ZyHboI32Y8U
Read more