We guess bollywood is ain’t tired of giving us biopics of various people. Well so aren’t we, just the news of upcoming biopic makes the masses excited about the film. And especially when it is a talented actor like Sushant Singh Rajput, whose portrayal as MS Dhoni was a commendable job.

This time sushant will be seen as a global wrestling star The Great Khali. And we just can’t wait for his prep for the look of the Punjabi giant. This would be his third biopic as he’s also signed a biopic on Murlikant Petkar India’s first Paralympic gold medallist. 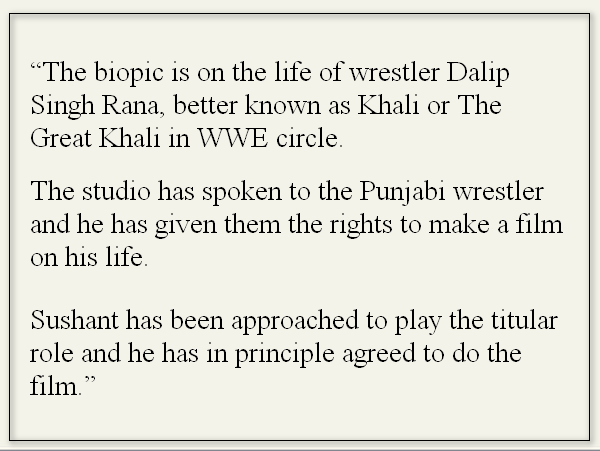 Can’t wait for his first look as the giant wrestler The Great Khali!!