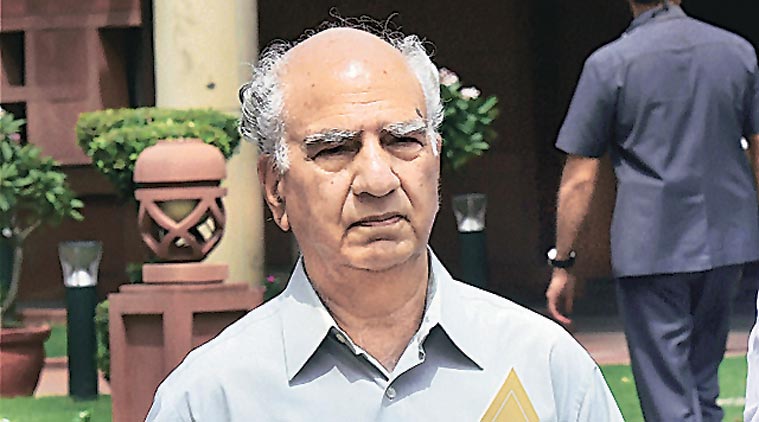 Dharamshala, Sep 21: Senior BJP leader Shanta Kumar today urged Himachal Pradesh Governor Acharya Devvrat for the enactment of a law to protect and take care of stray cows in the state. He claimed that cows stop giving milk when they are left on the roads and many die in road accidents, including those on state and national highways.

“How will cattle survive? Food is a serious matter and it must be looked after by the state government,” he said in a letter to the Governor.

The BJP MP said eyeing the present government’s position on the issue, he thought it was better to write to the Governor as he believed “the problem could definitely be solved”.

“We are lucky to have you as our Governor, who is dedicated towards Indian culture, and can definitely find a way to give a new life to stray cattle,” he said in his letter.

Kumar suggested that hundreds of temples in the state can give ways to solve the problem and save the cow.

“Many of these temples are government controlled, lakhs of devotees visit them daily, and the offerings are unlimited. The government must order every temple to control and manage a big gaushala with their own funds,” he said.

They could also earn by selling milk, milk products and cow urine, which is used in several medicines, the BJP leader said, adding that devotees could also donate for these gaushalas.

Shimla April, 19; Danger persists for the residents of Rella Panchayat in Sainj valley of district Kullu in Himachal Pradesh after a massive landslide...
Read more
Himachal

Shimla, Aug 29: After being pulled up by the High Court, the CBI has sought high-resolution satellite images of the exact movement of the...
Read more
Load more
KHURKI

Here we are with the next set of OMG Facts that keep the humour and surprise elements alive in your life. For starters how...
Read more
Humour

Get Your Lessons Right!
Read more