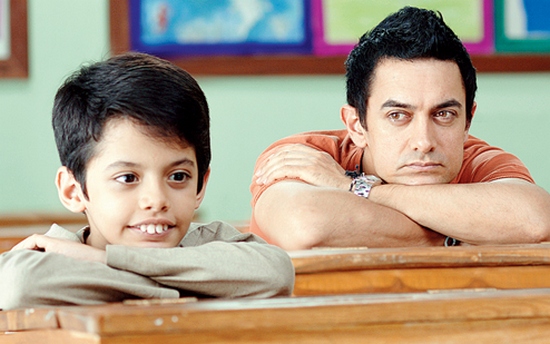 They say cinema is the reflection of society, but at times cinema breaks the stereotypical mindset this society is stuck with. That art inspires life & life inspires art is the truth that we all need to accept. Something which is common is not always right, there are countries where terrorist activities are quite common. But obviously that doesn’t mean that people consider it right. Some movies are not just for your entertainment but have a strong message to deliver. And at times society gets it, but at times it doesn’t. Success of these films is a proof that yes our Indian society is ready to accept change. Sometimes, it is okay not to go with flow of the river, but take a u-turn and fight the damn flow. So this is our list of the Bollywood films that breaks the stereotypes of our society.

A film falling in the category of comedy & drama but with a serious message delivered. Queen is one of the best films ever made in Bollywood. It talks of independence of women from a relationship she was ditched in, and courage travel. Queen is certainly a mind blowing film breaking the stereotypical setup of the society.

Who else can make this film except ace director R Balki, a 34 years old software engineer falling in love with 64 years old chef. Oh man that’s too much at one go for typical Indian stereotype. But movie is certainly thought provoking!

Another marvellous work of R Balki, this is the story of a house husband and a working wife. There were people who simply rejected the concept but again there are people who loved the idea. And film was accepted considerably well.

Story of wrestler’s failed attempt for gold but making his daughters win it for India. Based on true story, this film is an INSPIRATION in bold. Like we begin with, art imitates life, life imitates art. No wonders it turned out to be one of the biggest films of India.

Another Aamir Khan film, this film has made biggest of the impacts on many people. Story of struggle of a dyslexic child portrayed in the best possible way. There was a little Ishan Awasthi in everyone of us at some point of time. How a child is not always a naughty or a lazy kid when it comes to studies. I seriously bow to Aamir and the team for the film.

My Name is Khan

The name is enough to remind you that the fight of this film against the stereotypical mindset was a battle. Struggle of an autistic Muslim man against the whole world for his religion and his child.

Sita and Radha young Indian women whose husbands choose celibacy or mistresses over them. And how they form an intimate, passionate relationship amidst a close-minded society. This film I don’t know for how long will be counted among the pictures ahead of its time in India. And fill fight the stereotypes of our society attached with love.

Story of an atheist businessman played by Paresh Rawal, who sues God for the loss of his shop in an earthquake. And during this whole struggle breaks the stereotypical mindset of the society. And film also shows mistakes we make when it comes to believing in God.

Again one of the most thought-provoking films ever made. Struggle of a child bride turned widow, this films talks about some serious stereotypical norms of the society. And how important it is to break them.

I just could not exclude this film from the list. From breaking the stereotype of excess study, to choosing a career with passion. This film has given a lot of parents and students lessons of life. This is something you call beyond just a film.

Disclaimer: I am so sure we have missed out many films in the list which challenge the stereotypes of the family, do let us know in the comment section below! 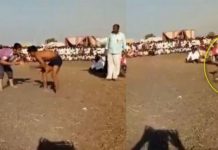 Devashish Vaid
India is home to a diversity that invites flocks of tourists on several accounts - whether it is the wildlife, heritage, architecture, spirituality or...

Devashish Vaid
The combination of the love for Bollywood and fondness for travel is a sureshot winner. The VETA event, with ample support from Taiwan Tourism,...

Devashish Vaid
As far as hill getaways are concerned, Dharamshala is on the been-there-done-that list of just about anyone. But then that is for the average...

Team Khurki
For most people, being single means one is a loner, with no one to love or be loved by. But, contrary to popular belief,...

We Admit The Truth: Flirting Is An Art. We Help You...

Team Khurki
Click "Next" to Start... Flirting is the gentle art of letting a person know that you are interested in them - whether for a passing...

16 Signs She Is Giving You To Have Sex With Her!

Priya Aurora
We have 10 reasons and the numbers 3 and 4 are so apt.

Priya Aurora
So much information!!