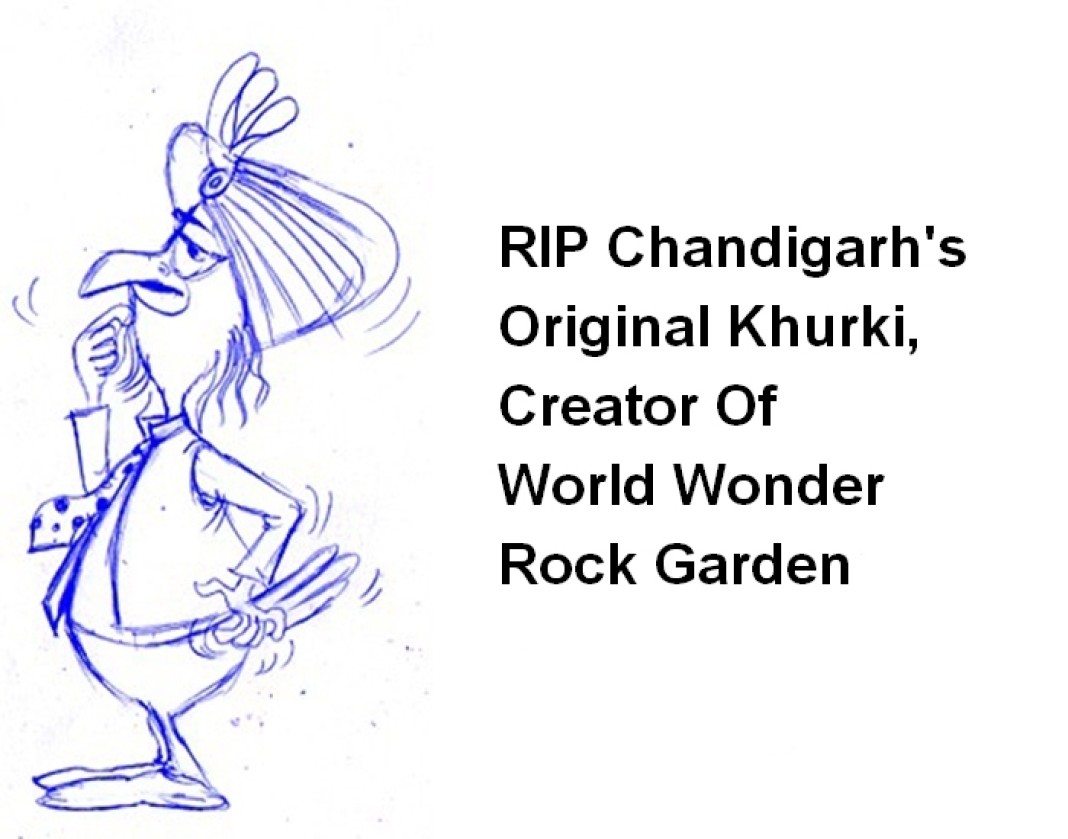 Creator of world famous Rock Garden Nek Chand died in Chandigarh at PGI, where he had been admitted following chest pain. He was 90.

The Padma Shri awardee, whose 90th birthday was celebrated by the Chandigarh Administration on December 15, built the city’s iconic Rock Garden from waste and other unused household materials.

Nek Chand, who was born in a village now in Pakistan, worked as a road inspector of the Public Works Department.

His body is being kept at the Rock Garden today to enable people to pay their last respects, his family said, adding, the cremation is expected to take place tomorrow.

Spread over an area of 40-acres, the garden was inaugurated in 1976.

Nek Chand ji will always be remembered for his artistic genius & fabulous creation that is cherished by many. May his soul rest in peace. — Narendra Modi (@narendramodi) June 12, 2015

Saddened to learn about the passing away of Nek Chand ji, the creator of the fabulous Rock Garden in Chandigarh

The creator of the wonderful sculpture called the Rock Garden Nek Chand ji has passed away. God bless his soul. #RIPNekChandJi

RIP Nek Chand. You have given the city a beautiful gift- feel proud to belong to that city! — Shelly Gupta (@shelly_sd) June 12, 2015

#RIP Nek Chand. Thank you for your unique art. And the best feather in #Chandigarh‘s cap. #RockGarden pic.twitter.com/24kof9KhMK

The UP Food and Drug Administration has said that it found detergent in one of the samples of milk picked from Mother Dairy's collection...
Read more
Entertainment

The use of prefix Jaanu by people in love has become so cliched. You simply hate it when your partner calls you that or for that matter, even if...
Read more
Bollywood

Ranveer Singh and Deepika Padukone have been in the neither admitting nor denying phase forever now. Though the duo has never really spoken about...
Read more
Lifestyle

Why Would Pak Give Extra Protection to Hafiz Saeed?

The 26/11 mastermind, Hafiz Saeed has been given extra protection by the Pakistan Government..!! And they say that they care for India?? The United States...
Read more
Khurk

Who doesn't want to become a star? (Hardly any hand rises) Who wants to? (All hands high up in the air)! Yes, that's the scenario when it's...
Read more