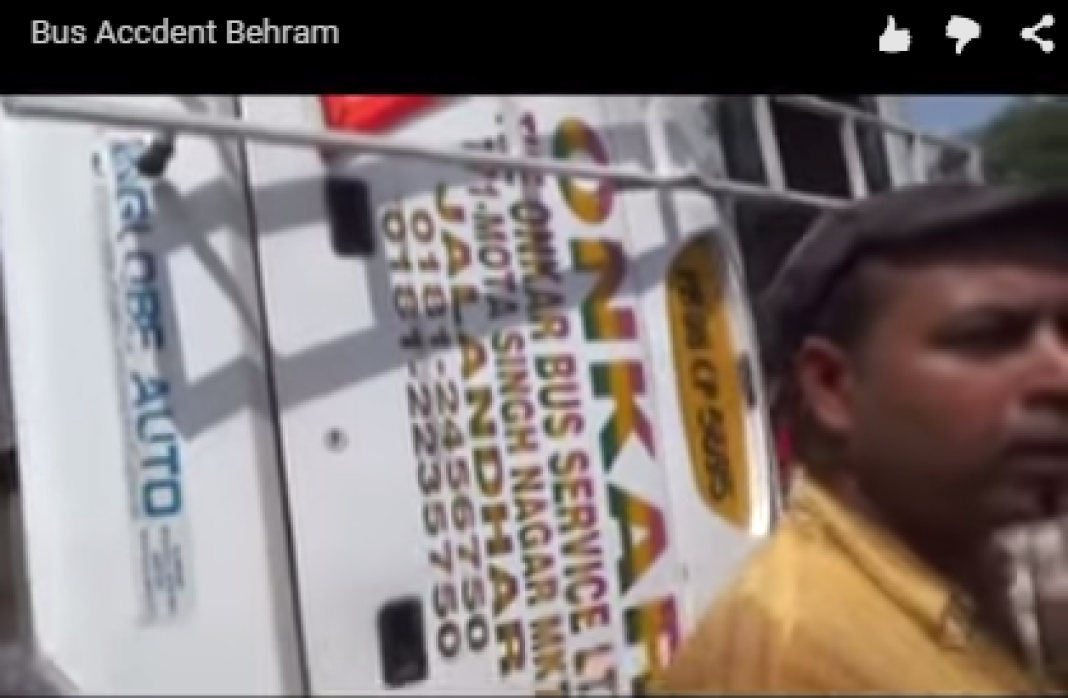 Private buses on a rampage in Punjab and deaths continue to happen on state roads.

At least 14 passengers were killed on Friday and 42 others seriously injured when the private bus in which they were travelling slid off the road and dashed against a tree near Behram village, police said.

The bus was on its way from Nawanshahr to Jalandhar at the time of the accident, Senior Superintendent of Police Snehdeep Sharma said.

The accident took place at a curve at around 9.05 AM and according to injured passengers, the bus had overtaken a tractor trolley near a curve when the driver lost control and first it turned turtle and the next moment it hit a tree.

Though passers-by and workers working at a shrine on the road rushed to help the passengers, they found it difficult as the bus had turned turtle and passengers had fallen on the side which was at the bottom.

The SSP confirmed the bus was passing through a deep curve when it slid off the road and dashed into a tree.

All the injured have been admitted at Guru Nanak Mission Hospital at Dhanan Kaleran village.

Senior police officers and medical team rushed to the site of accident for rescue and relief operations.

Khurki has the video footage of the spot and the scene at the hospital where the injured were rushed to.

Anushka Sharma and her cricketer boyfriend Virat Kohli are in New Delhi and are likely to be among the A-list guests of Suresh Raina's wedding. The...
Read more
Blogs

Welcome Back..No Welcome After All…

India vs Pakistan is THE one thing that catches your attention immediately. Be it historical reasons, infiltration or any other reason, the two nations are...
Read more
Blogs

Get To Know Hinduism, Because Every Hindu Is Not A Fanatic…

Nowadays people talk about saffronisation of the country. But before you think of summons and declarations, you need to ask yourself. Are you a...
Read more
Load more
KHURKI

For someone who has just started life's lessons to be asked to make the last wish may seem inappropriate. Lived all your life worrying about education,...
Read more
Blogs