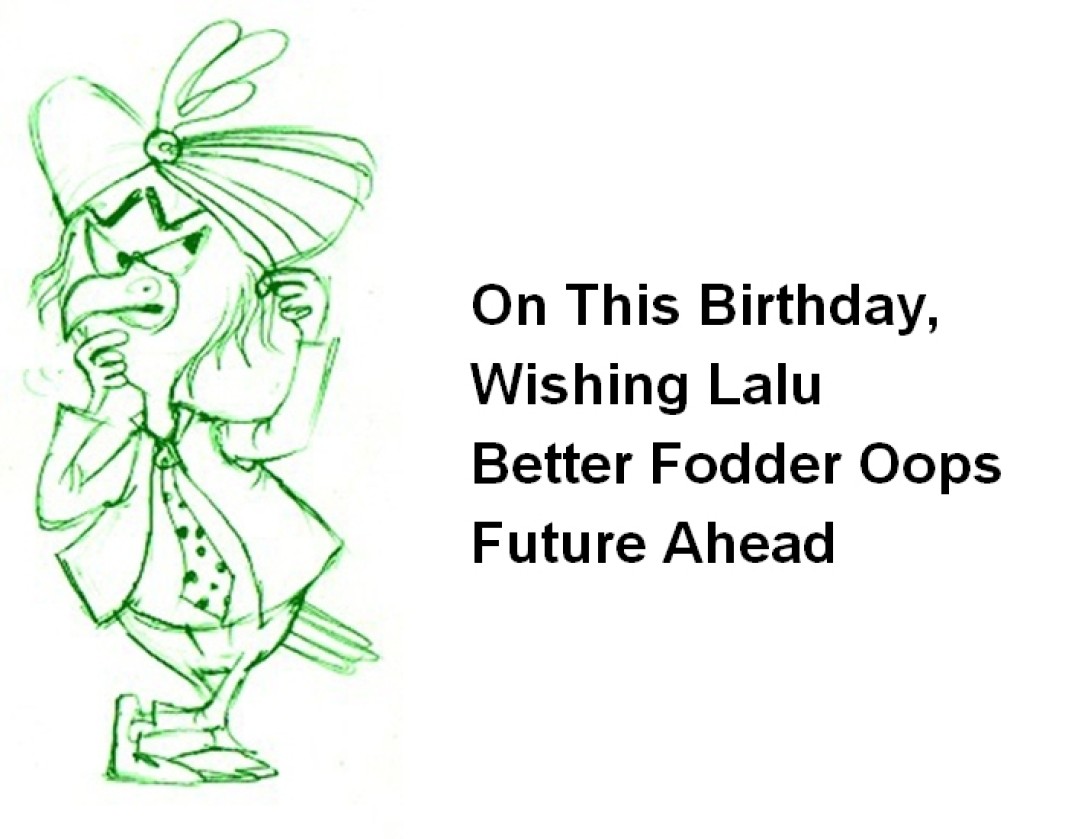 One field that one doesn’t expect to meet a Khurki is POLITICS. But, as we are looking around very closely for Khurki in all fields, we found a political Khurki in none other than our very-own favourite Rashtriya Janata Dal president Lalu Prasad Yadav.

Maybe for his name or for the way he made fun of others, Lalu Prasad Yadav dared to go off the beaten track to become not only the Member of Parliament a couple of times, but also the Chief Minister of Bihar.

Lalu Prasad Yadav’s Certification of being a Khurki

1 Lalu Prasad Yadav belongs to the Yadavs, a middle caste of milkmen. Considered low on the social register, Yadavs have been politically volatile in Indian politics. A milkman’s son replacing the state’s Brahmin chief minister!

2 Studied from B. N. College under Patna University, where he completed Bachelor of Laws and  Masters in Political Science. Yadav entered student politics as general secretary of the Patna University Students’ Union (PUSU) in 1970. Went on to become its president in 1973.

3  This former Chief Minister of  Bihar and president of RJD was once a clerk in Bihar Veterinary College, Patna. His elder brother worked in the same college as a peon.

4 Lalu Prasad Yadav was appointed chairman of the Sangeet Natak Academy because of his “cultural qualities”. Shankar Prasad, a folk singer, composed and sang several panegyrics for Lalu Prasad Yadav. One of them was: “Marachia ke mai ke tu lal bara ho; Ai Lalu jor naikhe neta tu bejor bara ho. (You are a hero born to Marachia Devi; O Lalu, you have no peer, you are peerless).

5  Few of the very interesting names he got during his career include:

6 Thanks to Lalu Prasad Yadav, plastic cups were banned from being used to serve tea at railway stations. These were replaced with kulhars (earthen cups).

7 Lalu Prasad Yadav used a lookalike of Osama bin Laden, who would dress like Osama and accompany them in their helicopter to various election meetings to woo Muslim voters.

8 Did you know Lalu Prasad Yadav’s favourite food? It is Litti-chokka which was served to him even when he was in jail.

9 Lalu Prasad Yadav loves cooking whenever he get free time, especially fish. But, he ended up surprising many when he gave up non-veg food.

Threw it in the dustbin. Shit!
Read more
Bollywood

Singh is Bling First Look Poster: Akshay Is Back!

Our favourite Khiladi Akshay Kumar is back as a turbaned Sikh. This time in Singh Is Bling! Singh Is Bling is an upcoming Bollywood action comedy film...
Read more
Load more
KHURKI

After Bezubaan from ABCD 2 (Any Body Can Dance 2) treating the music and dance lovers, comes Sun Saathiya. A soulful number, surprisingly featuring in a...
Read more
News