10 Creepiest Wikipedia Pages To Spook You Out! Don’t Watch Alone!! 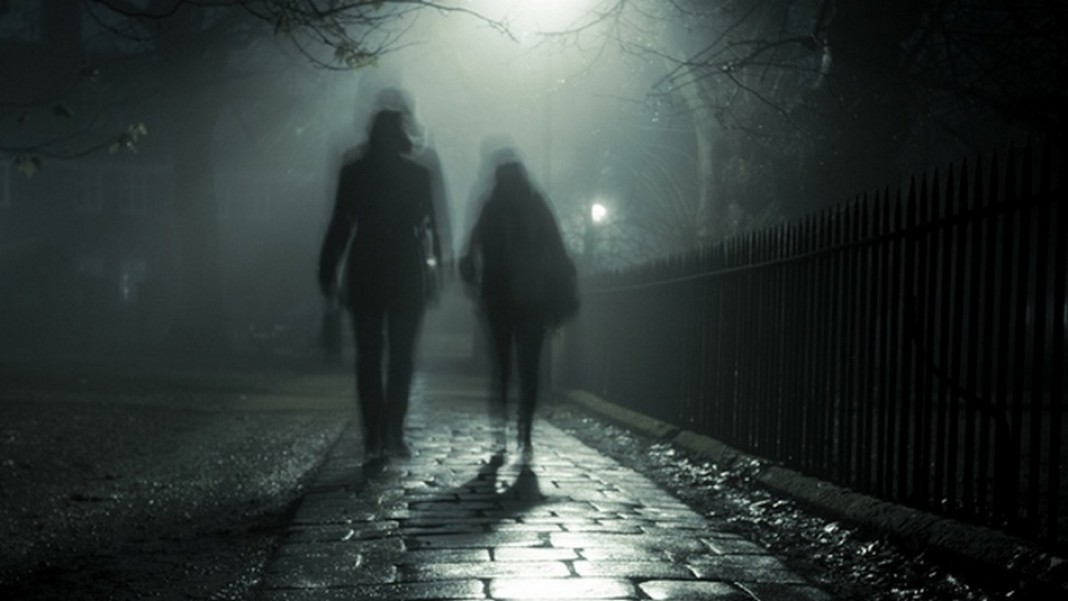 Many a times we hear or see things that we just can’t believe..!!

Same are the cases which I have seen in the Wikipedia lately which have shockingly scared me. Lemme tell you about the 10 creepiest Wikipedia pages which will spook you out but yeah what you shouldn’t do is – Watch it alone..!

Vincent (19 October 1965–December 2003) was a British woman whose death went unnoticed for more than two years as her corpse lay undiscovered in her London bedsit. Prior to her death, Vincent had cut-off nearly all contact with those who knew her. She resigned from her job in 2001 and moved into a shelter for victims of domestic abuse. Around the same time, she began to reduce contact with friends and family, possibly due to embarrassment regarding her situation or from pressure from a controlling partner. She died in her bedsit around December 2003 with neither family, friends, co-workers, nor neighbours taking notice. Her remains were discovered on 25 January 2006. 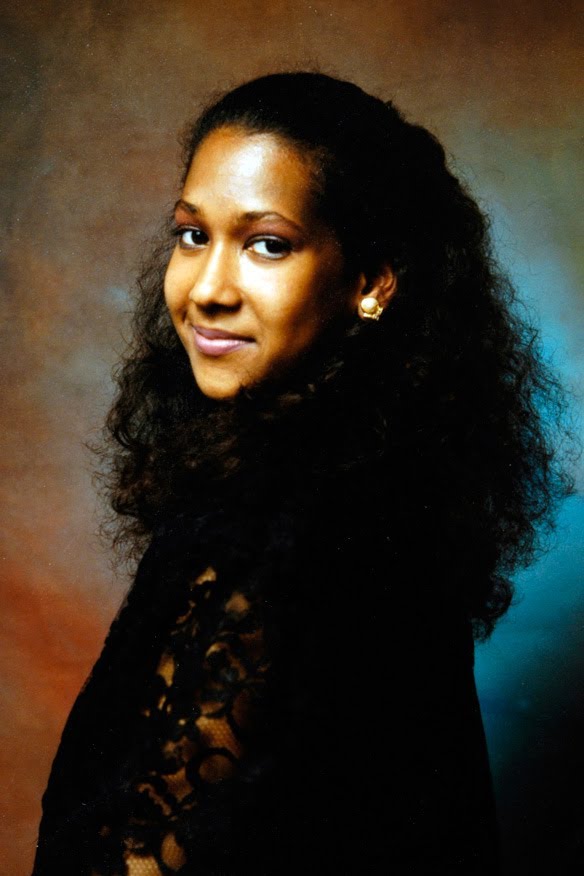 Also known as the Braxton County Monster or the Phantom of Flatwoods is an alleged unidentified extraterrestrial or cryptid reported to have been sighted in the town of Flatwoods in Braxton County, West Virginia, United States, on September 12, 1952. Stories of the creature are an example of a purported close encounter of the third kind.

This one is a half-beast creature appearing in the legends of the Algonquian peoples along the Atlantic Coast and Great Lakes Region of both the United States and Canada. The creature or spirit could either possess characteristics of a human or a monster that had physically transformed from a person. It is particularly associated with cannibalism. The Algonquian believed those who indulged in eating human flesh were at particular risk.The legend appears to have reinforced the taboo against the practice of cannibalism. It is often described in Algonquian mythology as a balance of nature.

The Gibbons twins (born 11 April 1963 Jennifer; died March 1993) were identical twins who grew up in Wales. They became known as “The Silent Twins” since they only communicated with each other. They began writing works of fiction but turned to crime in a bid for recognition. Both women were committed to Broadmoor Hospital where they were held for 14 years. According to Wallace, the girls had a long agreement that if one died, the other must begin to speak and live a normal life. During their stay in the hospital, they began to believe that it was necessary for one twin to die, and after much discussion, Jennifer agreed to be the sacrifice.

In March 1993, the twins were transferred from Broadmoor to the more open Caswell Clinic in Bridgend, Wales. On arrival, Jennifer could not be roused. She was taken to the hospital where she died soon after of acute myocarditis, a sudden inflammation of the heart. There was no evidence of drugs or poison in her system, and her death remains a mystery. On a visit a few days later, Wallace recounted that June “was in a strange mood.” She said, “I’m free at last, liberated, and at last Jennifer has given up her life for me.” 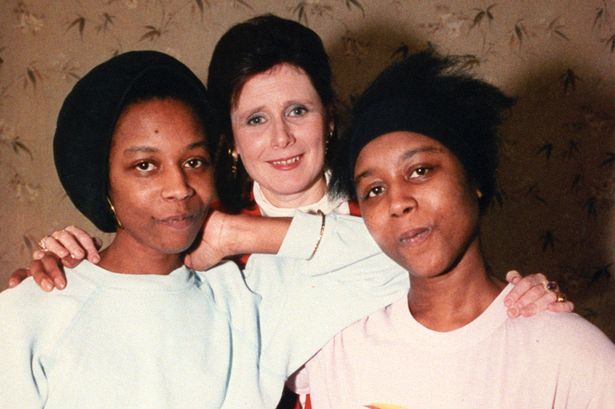 This one’s the practice of photographing the recently deceased. These photographs of deceased loved ones were a normal part of American and European culture in the nineteenth and early twentieth centuries. Commissioned by grieving families, post-mortem photographs not only helped in the grieving process, but often represented the only visual remembrance of the deceased and were among a family’s most precious possessions. 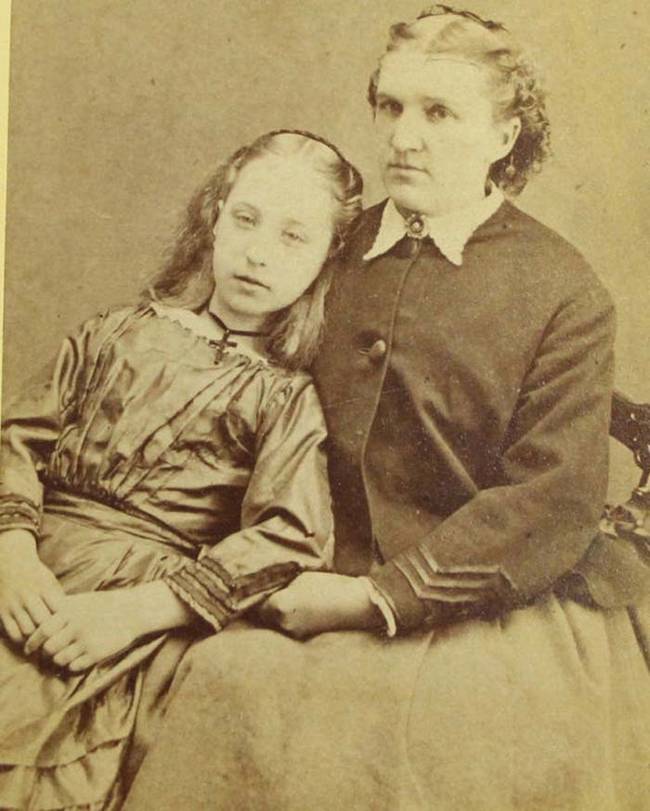 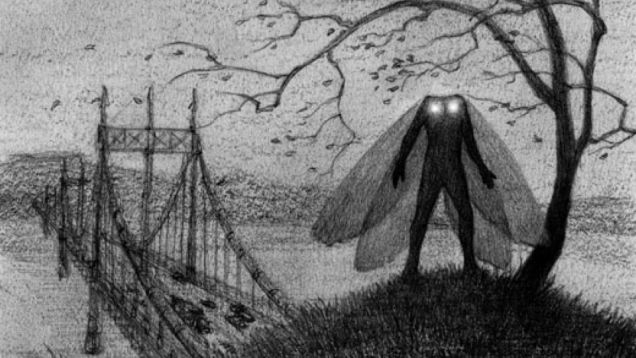 7. Listing out the mysteriously disappeared

This page is all about the people who disappeared mysteriously and whose current whereabouts are unknown or whose deaths are not substantiated, as well as a few cases of people whose disappearances were notable and remained mysterious for a long time, but were eventually explained. 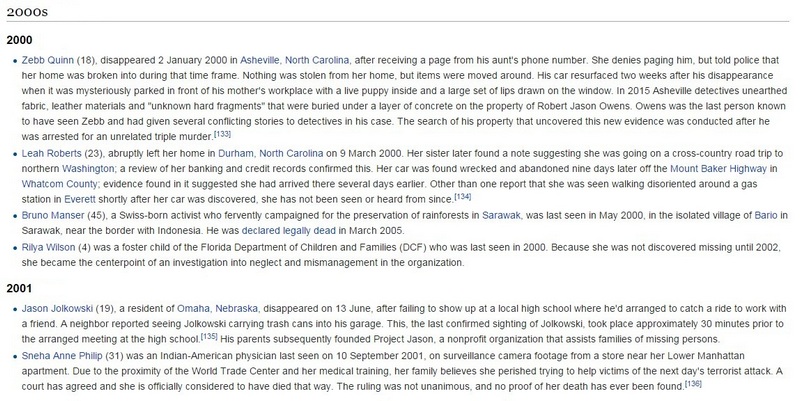 8. Sure to spook you

Black-eyed children is an urban legend of supposed paranormal creatures that resemble children between the ages of 6 and 16, with pale skin and black eyes, who are reportedly seen hitch hiking or panhandling, or are encountered on doorsteps of residential homes. Tales of black-eyed children have appeared in pop culture since the late 1990s. 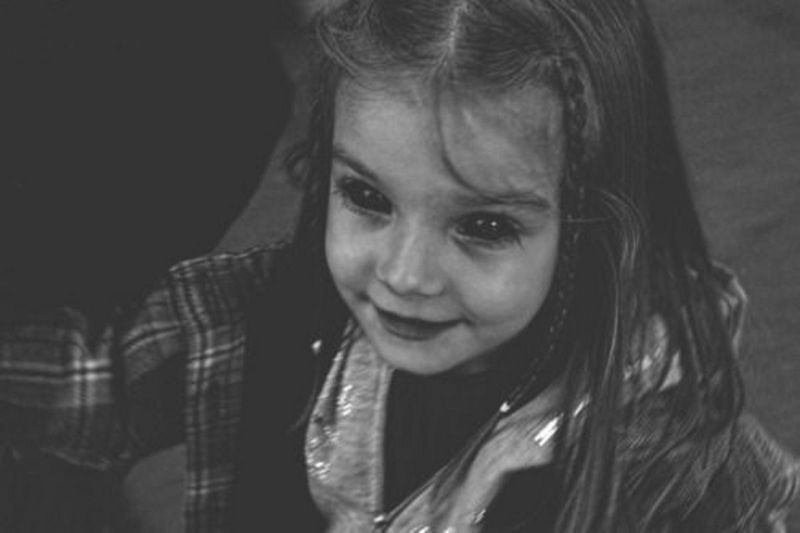 This term refers to the expulsion of a non-viable fetus through the vaginal opening of the decomposing body of a deceased pregnant woman as a result of the increasing pressure of intra-abdominal gases. This kind of postmortem delivery occurs very rarely during the decomposition of a body. 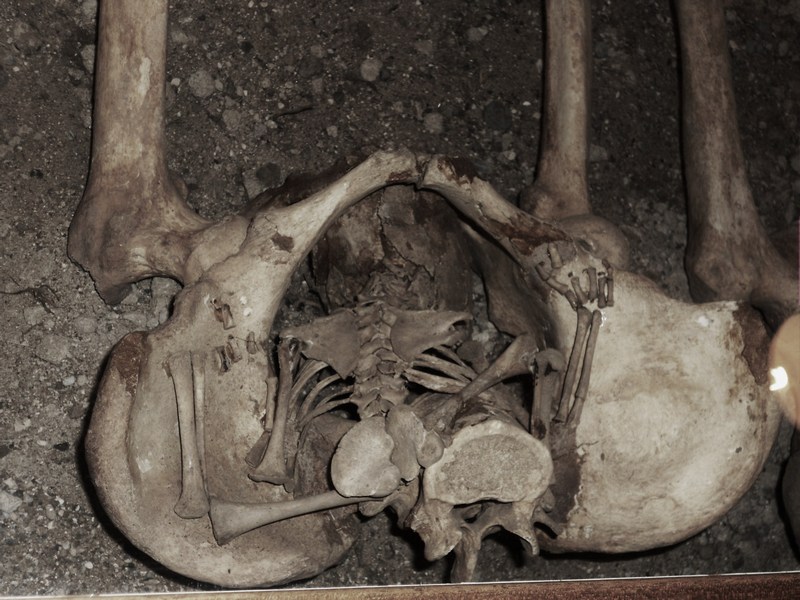 This Wikipedia page is about the perception of a patch of shadow as a living, humanoid figure, particularly as interpreted by believers in the paranormal or supernatural as the presence of a spirit or other entity. Many methamphetamine addicts report hallucinations of “shadow people”, as a result of sleep deprivation. 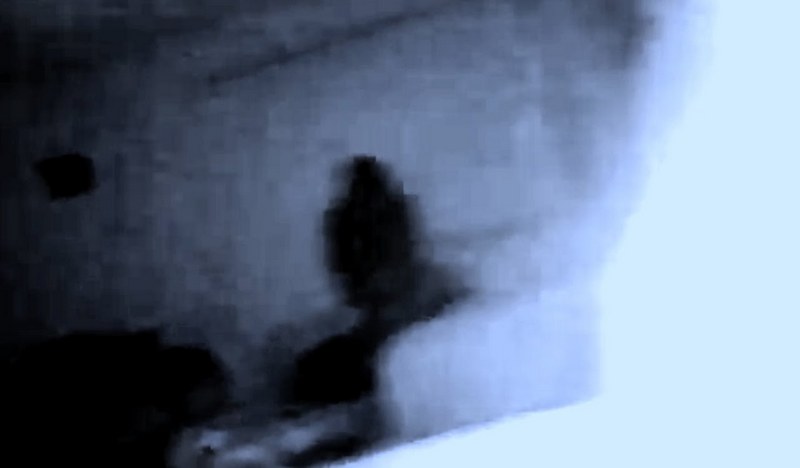 Check out the video too:

This list we assure you will leave you baffled and mortified. Isn’t that the purpose of a horror movie too? If you claim to be...
Read more
Bollywood

Raaz 4 To Be Shot In Dracula’s Castle Transylvania!

One for sorrow, two for joy..
Read more
Blogs

Sheer Coincidence? Maybe. And Maybe Not!

These facts will surely give you goose bumps..
Read more

This Baba Ramdev Version Of Kala Chashma Is a Laugh Riot!

Score shoot-out! Incidents like these happen every now and then! After all, Jessica Lal incident wasn't that long time back. Three people, including a woman, were...
Read more
Blogs

We all have our reasons to celebrate the coming year and the worse thing we can do to ourselves is make promises that end...
Read more
Khurk

Do We Still Have This Feeling Alive In Us?

March is the month of the Martyrdom. India's most-beloved martyr, Bhagat Singh, was hanged at the age of 23 at Lahore Jail this day in...
Read more
Blogs

Celebrate Hindi Diwas By Giving Up These 9 Words