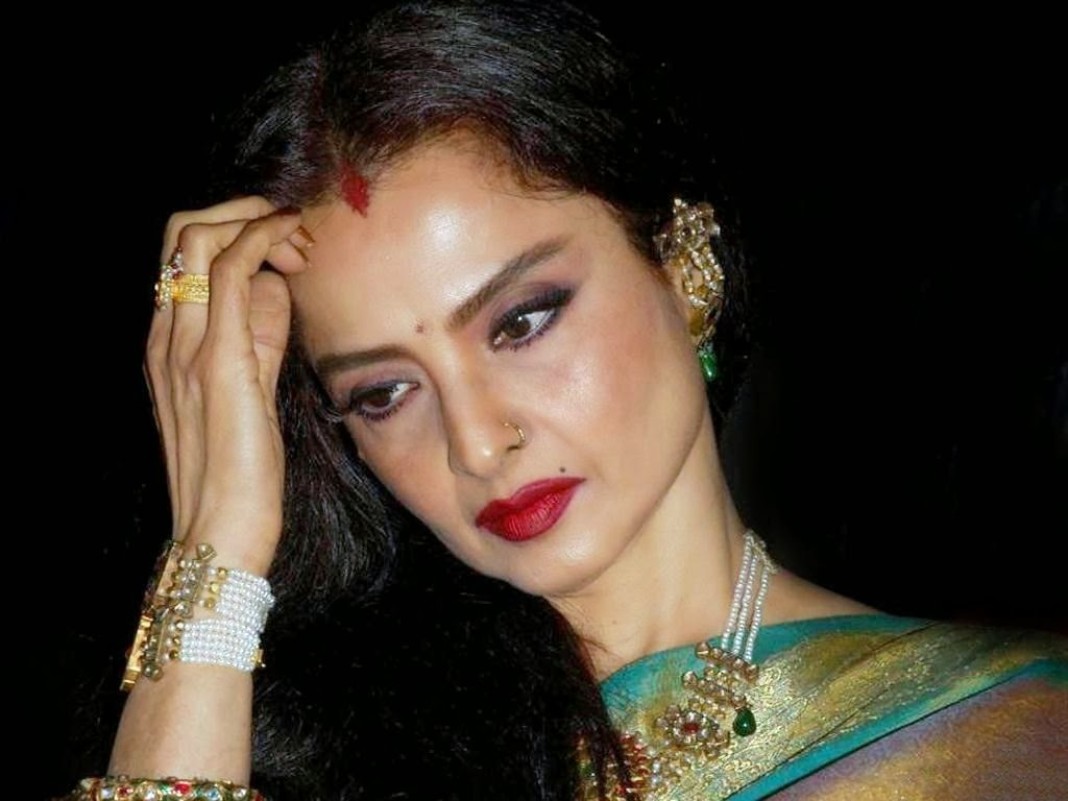 Bollywood actress Rekha turned 61 today. Rekha has been a part of more than 180 Bollywood films.

Her first film as a lead actress was ‘Sawan Bhadon’ (1970). For the initial few years of her career, Rekha was criticised for her looks. It was in the late 1970s that she went through a transformation and emerged as a sex symbol. And she is rightly referred to as the ever-young Rekha.

Rekha and Amitabh Bachchan starred together in many films. While their on-screen chemistry was working for their careers, their off-screen bonding became a regular feature in the gossip columns. Rekha was highly criticised for being in a relationship with a married man.

2. Another jewel from Silsila

Released in 1981, Rekha played the title role in ‘Umrao Jaan’. The actress, who couldn’t speak Hindi properly in the beginning of her career, learnt Urdu for the film. Thanks to the songs and her brilliant acting, ‘Umrao Jaan’ is considered as a major milestone in her career. She also won the National Film Award for Best Actress for it.

9. Another hit from Ghar…

During an interview, Rekha said because of her dark complexion and south Indian features she was considered an ugly duckling in Bollywood. However, she was determined to change people’s perception about her and she did.

13. And in the end, the sign off has to be Neela Aasmaan:

Singh is Bling First Look Poster: Akshay Is Back!

Our favourite Khiladi Akshay Kumar is back as a turbaned Sikh. This time in Singh Is Bling! Singh Is Bling is an upcoming Bollywood action comedy film...
Read more
Blogs

Are You Forgetting Your Basic Manners?

Jutti Choo Is Changing the Face Of Punjabi Jutti

Go on, experiment and be amazed!
Read more