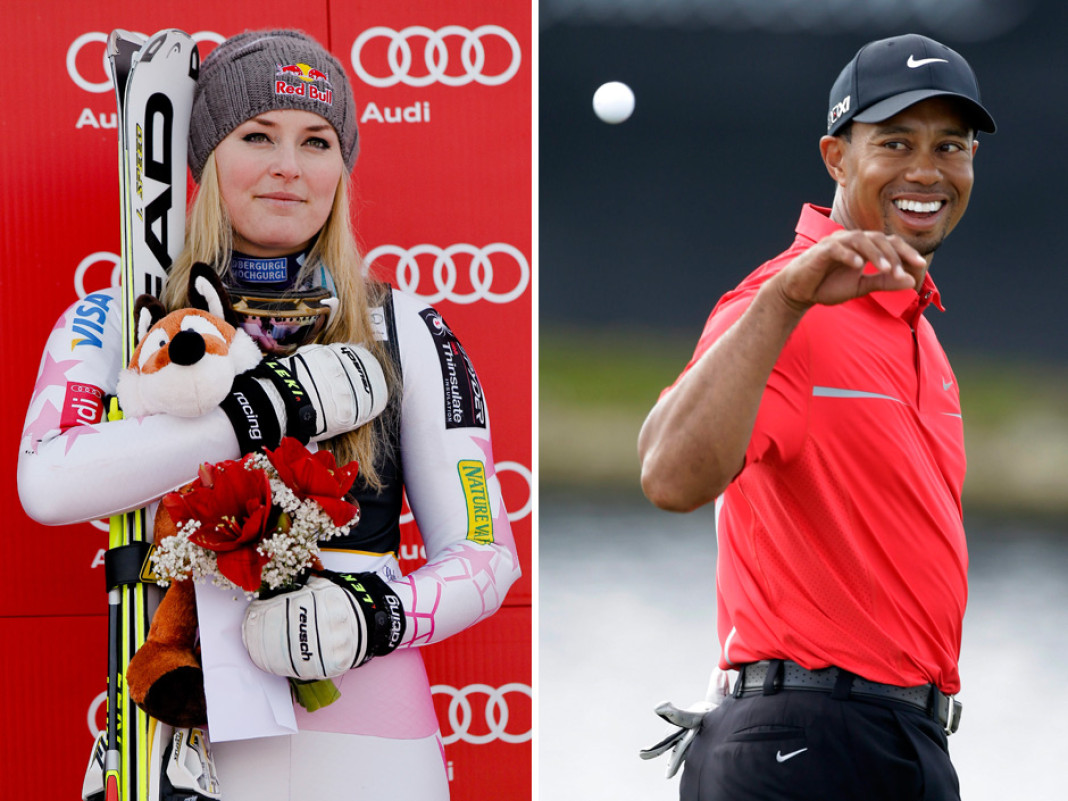 Former world number one golfer Tiger Woods and his girlfriend, US Olympic skiing champion Lindsey Vonn, say they have ended their relationship.

“After nearly three years together, Tiger and I have mutually decided to end our relationship,” Ms Vonn, 30, said on her Facebook page. 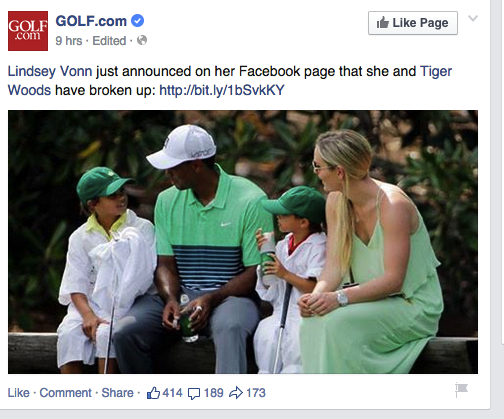 “I will always cherish the memories that we’ve created together. Unfortunately, we both lead incredibly hectic lives that force us to spend a majority of our time apart.

“He and his beautiful family will always hold a special place in my heart.”

The couple were last seen together in public at last month’s Masters golf tournament, where Ms Vonn was with Mr Woods’s seven-year-old daughter Sam and six-year-old son Charlie.

Mr Woods, 39, said in his statement: “I have great admiration, respect and love for Lindsey and I’ll always cherish our time together. She has been amazing with Sam and Charlie and my entire family.

“Unfortunately, we lead very hectic lives and are both competing in demanding sports. It’s difficult to spend time together.”

Mr Woods was previously married to Swedish model Elin Nordegren, but they divorced in 2010 after he revealed a series of extramarital affairs.

Lindsey Vonn and Tiger Wood have split. What a beautiful day

With all eyes set on her red carpet debut at the 68th Cannes International Film Festival, Bollywood actor Katrina Kaif did not disappoint her...
Read more
Lifestyle

There are movies which you can see alone, with your mother or with just about anybody. If selecting a neutral movie, which you can watch...
Read more
Humour

Everyone is buzzing about Bruce Jenner's recent revelation that he’s transitioning from male to female at the GLAAD Media Awards in New York City...
Read more
Flicks

Kim Kardashian Makes It To First Rolling Stone Cover And Boy, Is She Looking Hot!

Find Out What Type Of Flirt Are You?

Know the kinda devil you are!!
Read more
Blogs