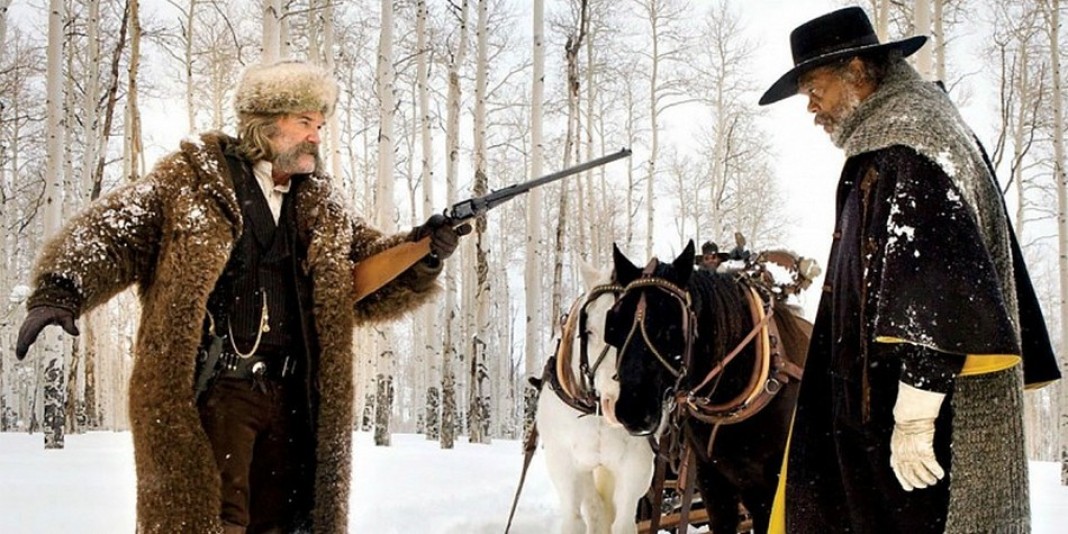 Many a times we perceive the Western to be a dead film genre but by seeing the trailer of ‘The Hateful Eight’ I can surely say that Quentin Tarantino is bringing a good change for our preconceived notions.

The glorious trailer includes some of the best lines and does a wonderful job of introducing its conflict. The trailer opens with a stagecoach hurtling through the wintry Wyoming landscape.

The passengers, bounty hunter John Ruth (Russell) and his fugitive Daisy Domergue (Leigh), race towards the town of Red Rock where Ruth, known in these parts as “The Hangman,” will bring Domergue to justice.

Major Marquis Warren (Jackson), a black former union soldier turned infamous bounty hunter, and Chris Mannix (Goggins), a southern renegade who claims to be the town’s new Sheriff, both are encountered on the way.

Losing their lead on the blizzard, Ruth, Domergue, Warren and Mannix seek refuge at Minnie’s Haberdashery, a stagecoach stopover on a mountain pass. When they arrive at Minnie’s, they are greeted not by the proprietor but by four unfamiliar faces.

Bob (Bichir), who’s been taking care of Minnie’s while she was visiting her mother, holed up with Oswaldo Mobray (Roth), the hangman of Red Rock, cow-puncher Joe Gage (Madsen), and Confederate General Sanford Smithers (Dern). As the storm overtakes the mountainside stopover, our eight travelers come to learn they may not make it to Red Rock after all…

Here’s the complete cast of the movie: 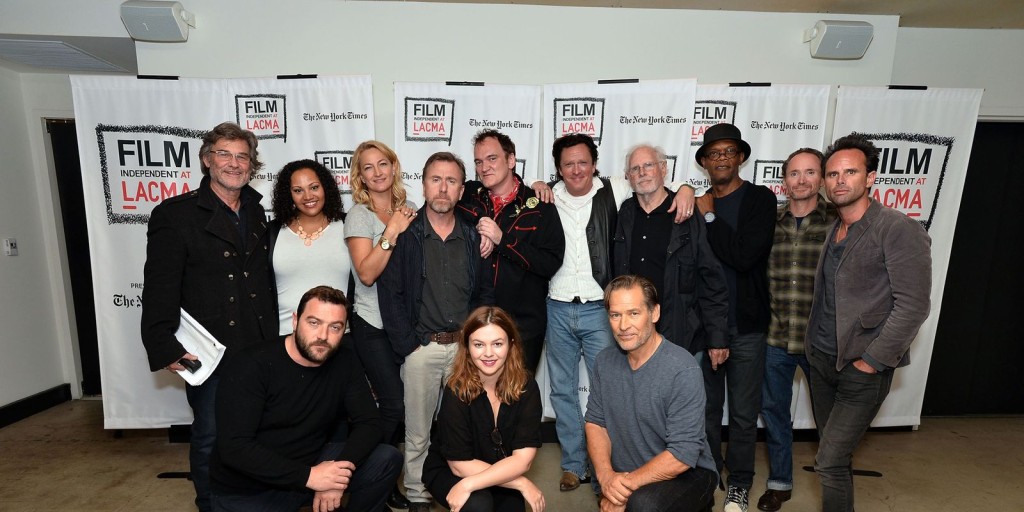 Some behind the scenes moments: 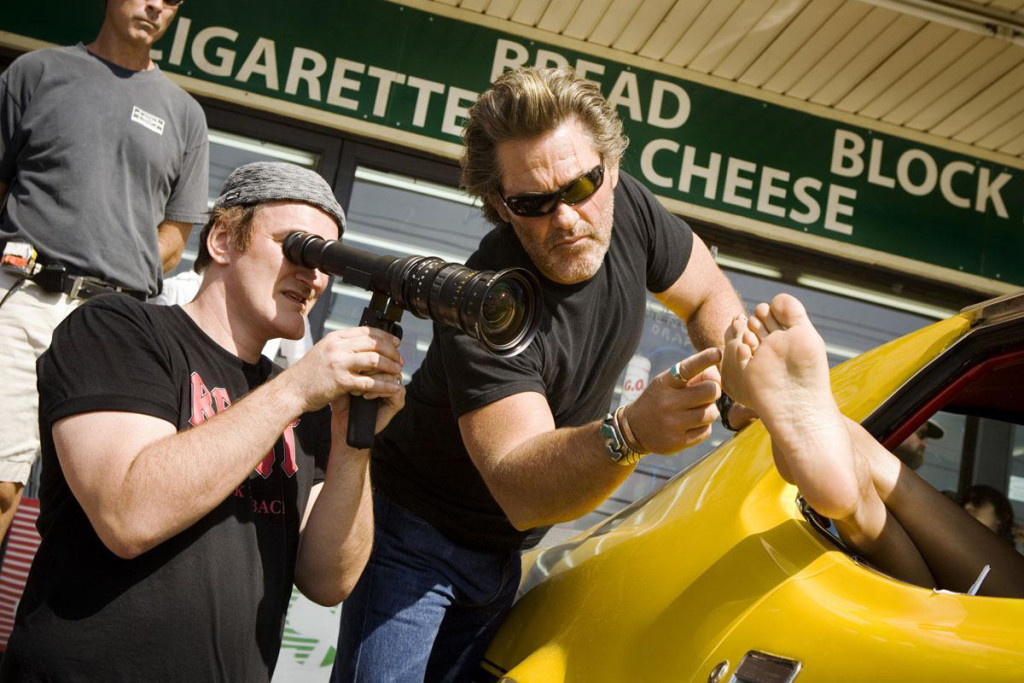 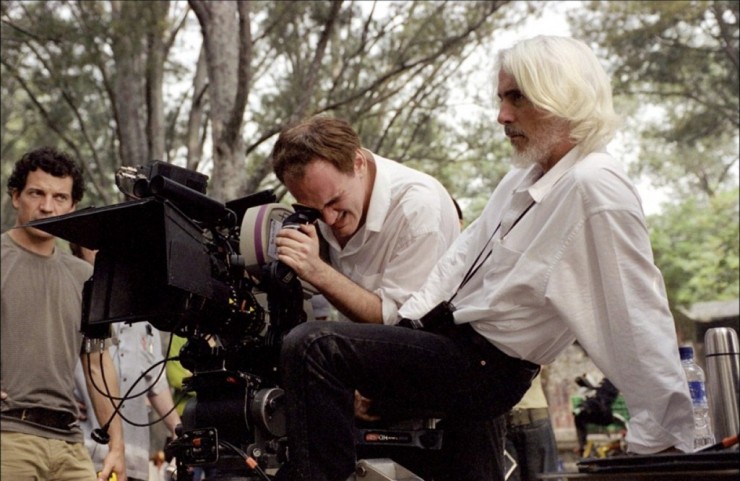 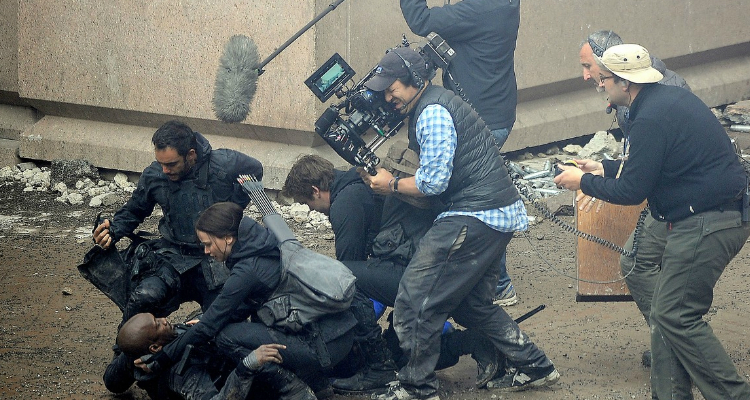 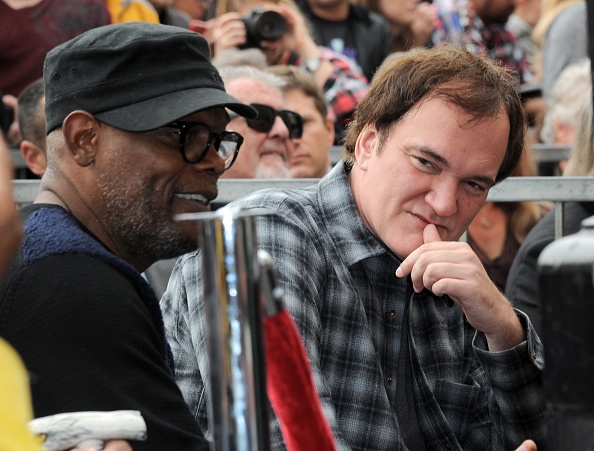 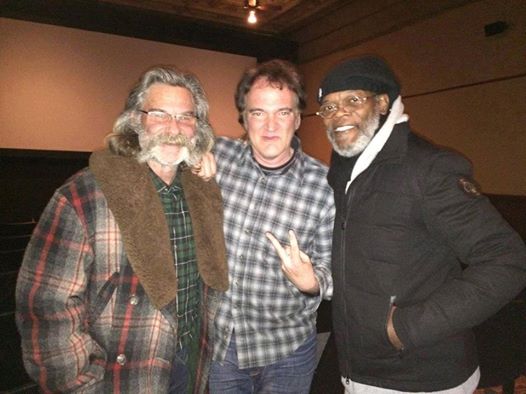 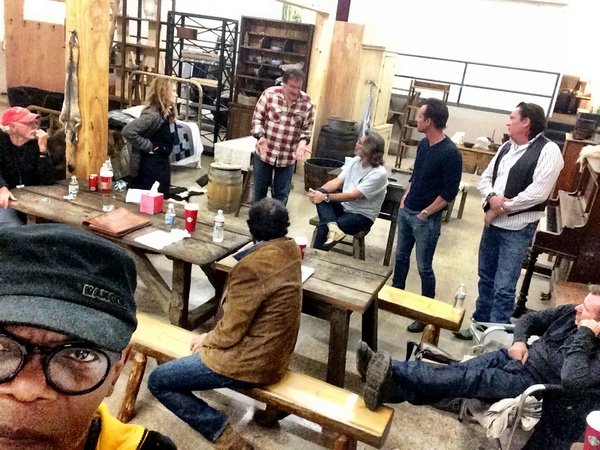 Filmmaker Quentin Tarantino’s ‘The Hateful Eight’ will premiere on December 25 in 70 mm format in select theatres. The movie will hit theatres nationwide in digital release on January 8 after an exclusive two-week roadshow.

Shimla, Aug 23: Leader of the Opposition PK Dhumal said there was an atmosphere of fear, loot and plunder in Himachal with the government...
Read more

Over the years, we have had many advertisements that are still so very fresh in our mind. Who would not remember the washing powder Nirma...or...
Read more
Flicks

Shruti Haasan has sung a song picturised on herself for her film Gabbar Is Back. What's more incredible is that she recorded the song...
Read more
Bollywood

From Facebook to Instagram to Twitter, IIFA Awards 2015 seemed to be everywhere. Few glimpses of the anti-gravity booth: Green Carpet entries in style:            A smitten Ranveer Singh on...
Read more
Flicks

Esha Deol shared a cute picture of her nephew Darien Vohra being kissed by his grandfather Dharmendra. She captioned the picture, giving a special mention...
Read more
Blogs

A woman's love for another...
Read more
Blogs

Is that all that's about a woman - sex? Are we ever going to rise above our sex-oriented thinking?
Read more