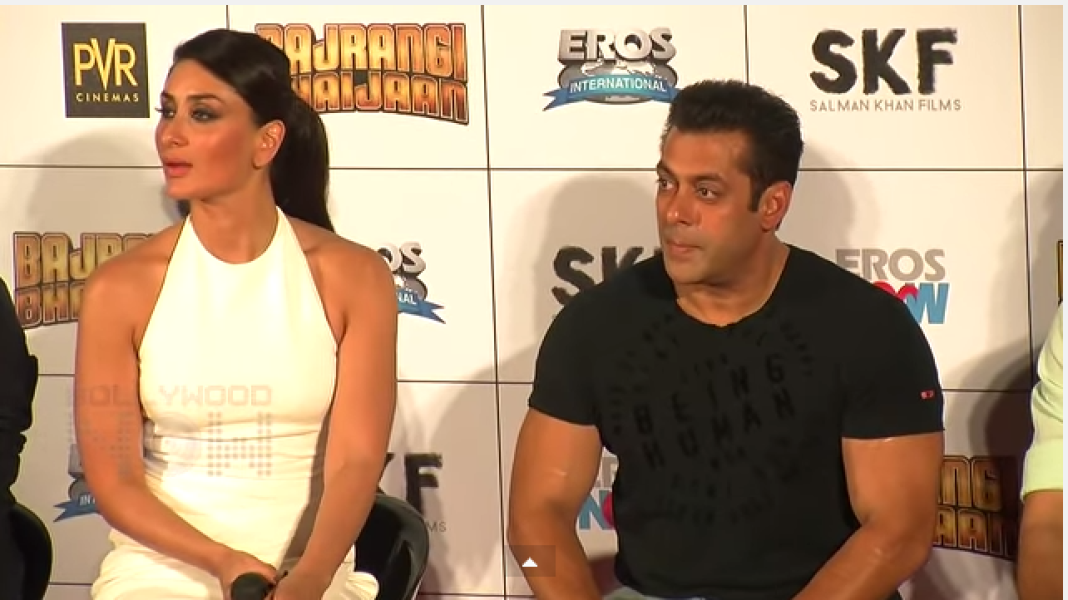 Salman Khan and Kareena Kapoor’s upcoming film Bajrangi Bhaijaan trailer is already smashing the internet and now both the lead stars are out and about to promote their much-awaited movie.

But at the Bajrangi Bhaijaan trailer launch, the duo seemed to be having a lot of fun. Salman Khan was asked many questions on different subjects by reporters, but he trolled all of them in his different style.

And Bollywood now shared this video wherein Salman Khan and Kareena Kapoor had all the fun interacting with the media.

Meanwhile, the trailer has crossed 3 million views across the world:

Thank you for SO MUCH LOVE! The trailer has crossed 3 million views digitally. Shout out once again #AmazingBBTrailerpic.twitter.com/9IgcDC6v0f

Plus, a contest is also underway:

As promised surprises are on your way! Gear up, we are coming with a contest for you. Stay Tuned! #AmazingBBTrailer http://t.co/hu9Zwvs9Hg

I personally think expensive gifts don't equal love. Some people believe that if they go out and spend lots of money on gifts, it...
Read more
Bollywood

So, Saif Is The New Chef!
Read more
Lifestyle

The AAP Government led by Arvind Kejriwal in Delhi has decided to give employment to acid attack victims and a committee will be formed...
Read more
Load more
KHURKI

Sanam Puri, an Indian singer and lead vocalist of the band Sanam, is back to melt your heart one more time. This time, the band has...
Read more