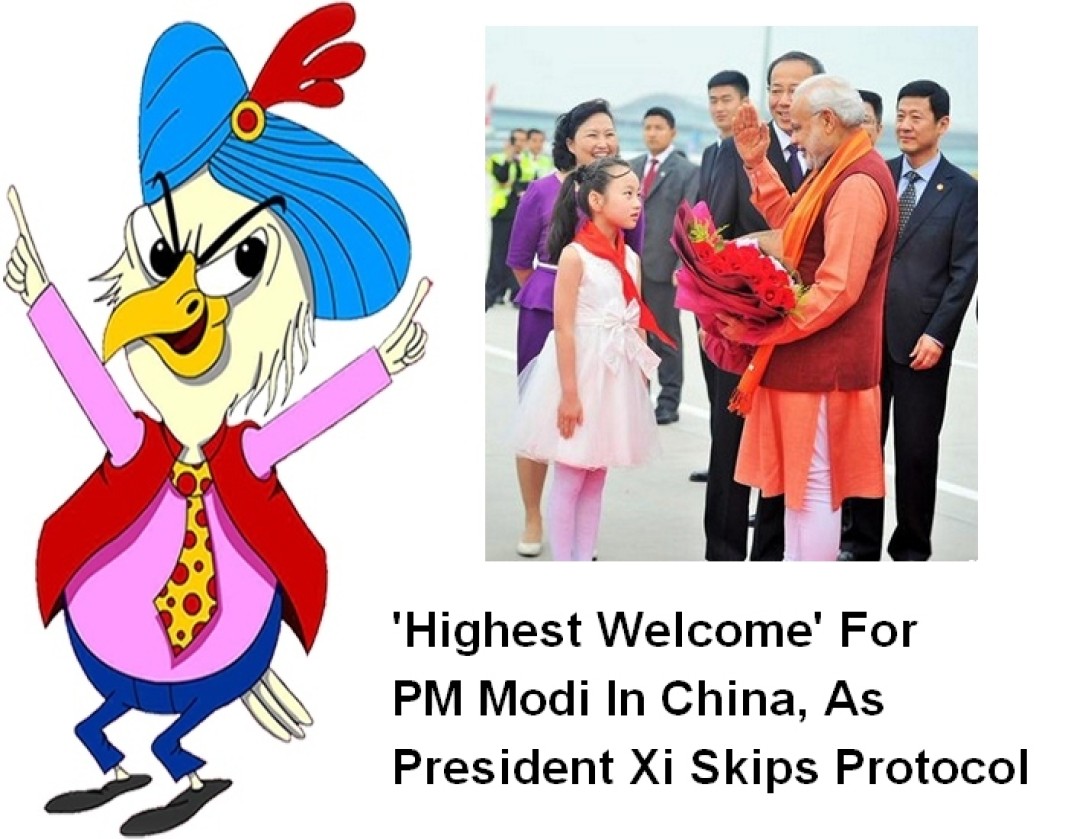 His first stop is the ancient city of Xian, also the hometown of President Xi Jinping.

PM Modi’s arrival in Xian is a departure from protocol by the Chinese government. It is being seen as a sign of the importance China is attaching to this visit and a reciprocal gesture after President Xi was hosted by the Indian Prime Minister in his home state of Gujarat last year.

President Xi will accompany him throughout his stay in Xi’an, the capital of Shaanxi province. It is very rare for Chinese leaders to accompany foreign guests outside Beijing.

The Prime Minister will hold summit level talks with President Xi this afternoon. Modi’s formal talks with the Chinese leadership will take place on Friday in Beijing. India and China are expected to sign 20 business deals worth about $10 billion during PM Modi’s visit.

The Page 3 has always been an unrealistic reality. The news you read & the ones you believe always tend to contradict. The showbiz,...
Read more

Well it is certainly impossible to describe love, defining it for anybody would be difficult. But thanks to few philosophers love can be defined...
Read more
Bollywood

Khurki Is Very Proud Of This Khurki!
Read more
Flicks

The 'Wrecking Ball' hitmaker - who is thought to have been dating Patrick, 21, since October last year - has called time on her...
Read more
Load more
KHURKI

Almost everything is superb in Tanu Weds Manu Returns! It’s funny, eclectic and wondrous. If the spin of the story is fabulous, the performances deserve...
Read more
Blogs