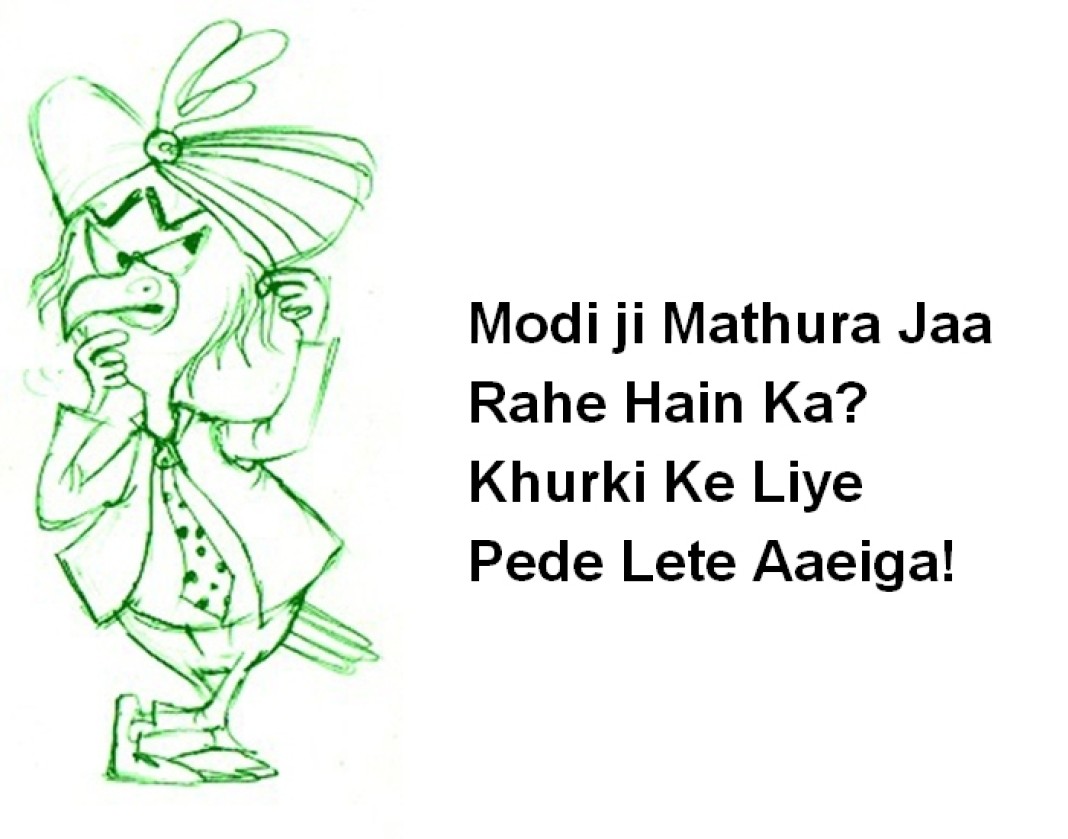 Prime Minister Narendra Modi will begin his party’s celebration of its first year in power at the Centre with a mega rally in Chandrabhan, a village in Uttar Pradesh’s Mathura, 160 km from national capital Delhi.

The BJP expects about 1.5 lakh people to attend where PM Modi is likely to announce the implementation of ‘One-Rank-One-Pension’. OROP, a long standing demand of ex-servicemen’s associations, relates to payment of uniform pension to defence forces personnel retiring in the same rank with the same length of service, irrespective of their date of retirement.

The choice of Chandrabhan is loaded with symbolism. It is the birth place of Deendayal Upadhyay, an ideologue of the Jan Sangh, from which the BJP sprang.

Deendayal Upadhyay propagated integral humanism – “antyodaya” or the rise of the last man in the queue – and today’s rally is seen as a signal from the Prime Minister that the government is pursuing inclusive growth with the poor at the centre of its policies.

PM Modi had ridden a huge wave to victory last year pitching his humble background as a tea-seller on trains. In recent months however, he has been attacked by the opposition, which has accused him of being “anti-poor” and “pro-big industry” in his reforms.

Check out the latest addition to your Sona Mohapatra playlist favourites. Coke Studio uploaded this one and also elaborated a little about it. Rangabati is Odisha’s...
Read more
Blogs

These Facts About Pashupatinath Temple Will Bewilder You!

The Kathmandu valley is synonymous with Pashupatinath Temple. It is a UNESCO World Heritage Site and that is just one of the amazing facts...
Read more
Load more
KHURKI

Hollywood star Cate Blanchett has revealed she's had "many" past relationships with women. The two-time Oscar winner, who has three sons Dashiell, 13, Roman, 10,...
Read more
Blogs

While everyone, Salman Khan most nervously, waits with bated breath for the May 6 verdict of the Sessions Court conducting the 2002 hit-and-run trial against...
Read more