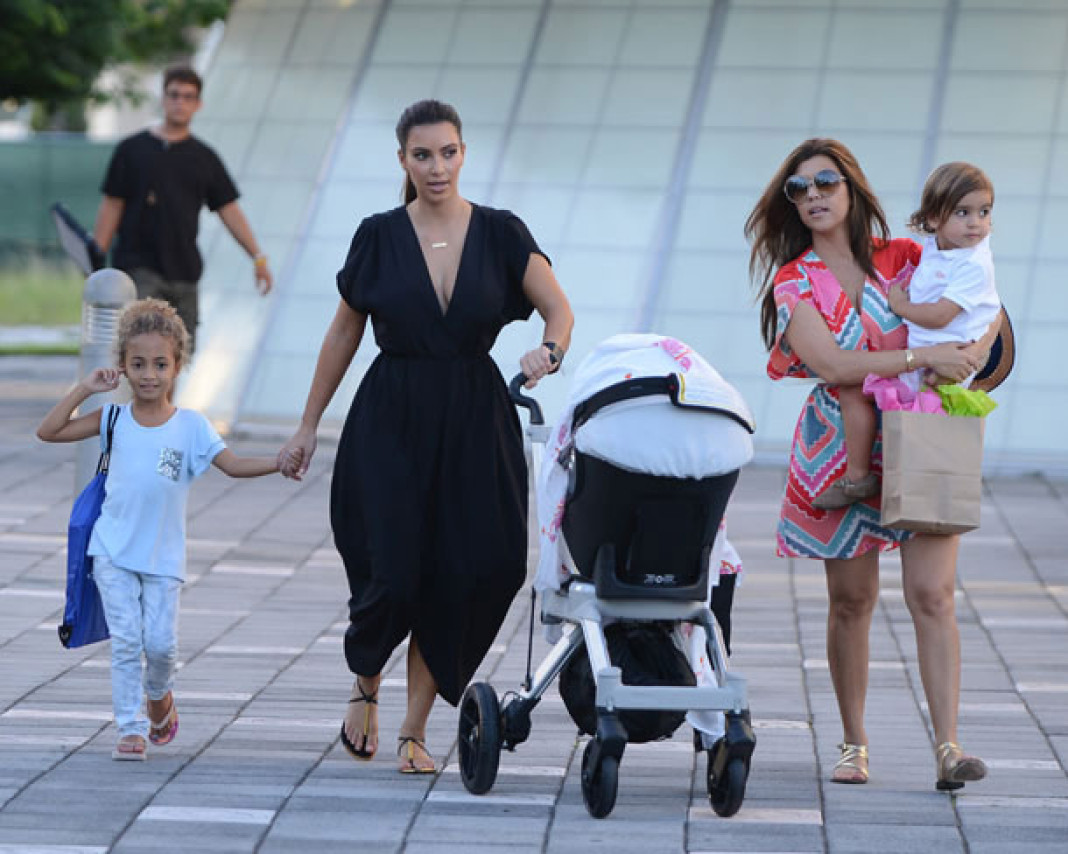 Kim Kardashian West has revealed she wants to design a range of handbags for toddlers because of her 22-month-old daughter North’s love for accessories.
The ‘Keeping Up with the Kardashians’ star – who has 22-month-old daughter North with husband Kanye West – is set to launch her Kardashian Kids collection next week and has revealed she’s already thinking about adding more accessories to the range.

Asked about designing shoes or handbags, she said: “Well, North does love handbags. And anything where there’s a little bit of glitz.”

The 34-year-old beauty admits that while her daughter is a big fan of fancy shoes, she’s not so keen on the range of headbands included in her mother’s new collection.

Kim explained: “Every day she wakes up and says, ‘shoes’. You have to bargain with her – before you change her diaper she needs a pair of shoes on … She hasn’t been the biggest fan of keeping something on her head.”

Kardashian Kids launches on Nordstrom.com on April 13 with prices ranging between $25 and $35 and Kim admits that while she did a lot of research online, she also drew inspiration from her own wardrobe which is why the collection features pieces such as peplum tops and faux leather leggings.

She told Vogue magazine: “It’s just something that I think was really missing – an affordable line that was really cute and stylish.”
Share
Facebook
Twitter
Pinterest
WhatsApp
Previous articleNaturally-Endowed Sofia Vergara Wishes For Fake Breasts. Why?
Next articleHell Is Empty, As All The Devils Are Here
- Advertisement -

Ravinder Grewal is coming back with a very cute look. His upcoming flick looks promising and I am definitely looking forward to it. Hope you are too!
Read more
Flicks

Why aren't all grandpops like this!!!
Read more
Humour