Jai Mata Di! There are certain holy places in our country, where science, logic and reasoning have failed. Mata Vaishno Devi Shrine for example is one such place, which has mystified common human beings since centuries. The place has power and is one of the most revered places in the country. We have for you today some shocking facts about this mighty shrine that every devotee must know.

The shrine is dedicated to Goddess Durga, who is supposed to be the manifestation of the Goddess herself. In India, Mata is another name for mother and she is the mother of so many of her devotees.

The origin is unknown

How the shrine came into existence is a mystery for one and all. How old the caves are and who discovered them first, nobody knows till date. There are many guesses, but nobody knows the truth.

Geology dates it to a million years

Most geological investigations have proven that the caves are more than a million years old. And people have been making this pilgrimage since ages.

The legend of Mahabharata

There are many stories linked to the shrine. They say Krishna had asked Arjuna to pray to Lord Durga outside the caves and ask for her blessings. 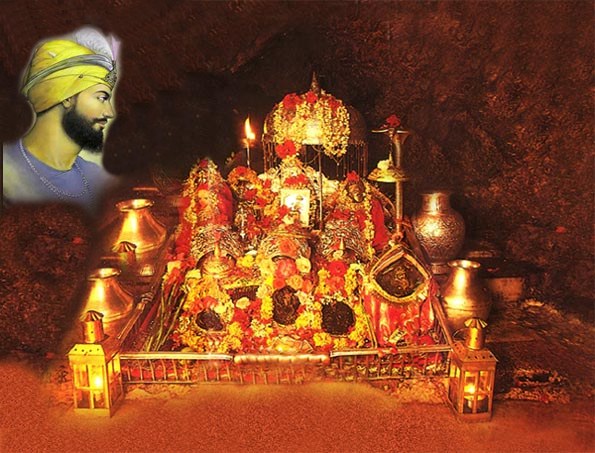 They say that even the Guru himself had made the trek to the shrine. His path is now the present route to the shrine. What can we say more about the holiness of the shrine?

It is a Shaktipeeth

It is the holiest of holy places and has immense energy that makes for the abode of the Goddess. They say remains of Mata Sati too had fallen here. It is one of the major Shaktipeeths of the country.

The only access to the shrine is through a small city called Katra at the base of the hill. You need to get a receipt cut at this point in order to proceed further.

Bhishma Pitahmah was well known for his celibate pledge, the eighth son of Kuru King Shantanu. He was blessed with wish-long life and had sworn...
Read more
Lifestyle

Indian facts, oh there are so many but these will surely give you a chance to be proud of your nation, once again. We...
Read more
Lifestyle

A lesson for all the others to emulate...
Read more
Lifestyle

Alert: Head To These Places In Delhi For Bengali Food!

Brick-Throwing Delhi Police Cop Arrested. But Was He At Fault?

The visuals that we saw flashing on every TV yesterday afternoon were pretty shocking and depressing. A Delhi Police Constable literally throwing a brick on...
Read more
Blogs

The Indian summer is all set to make a comeback and the number of outdoor events, festivals that you could attend will start dwindling....
Read more
Lifestyle

Jai Mata Di! There are certain holy places in our country, where science, logic and reasoning have failed. Mata Vaishno Devi Shrine for example is...
Read more
Load more
KHURKI

Both the youngsters are quite promising!
Read more