Bollywood Celeb Tattoos And Their Secrets 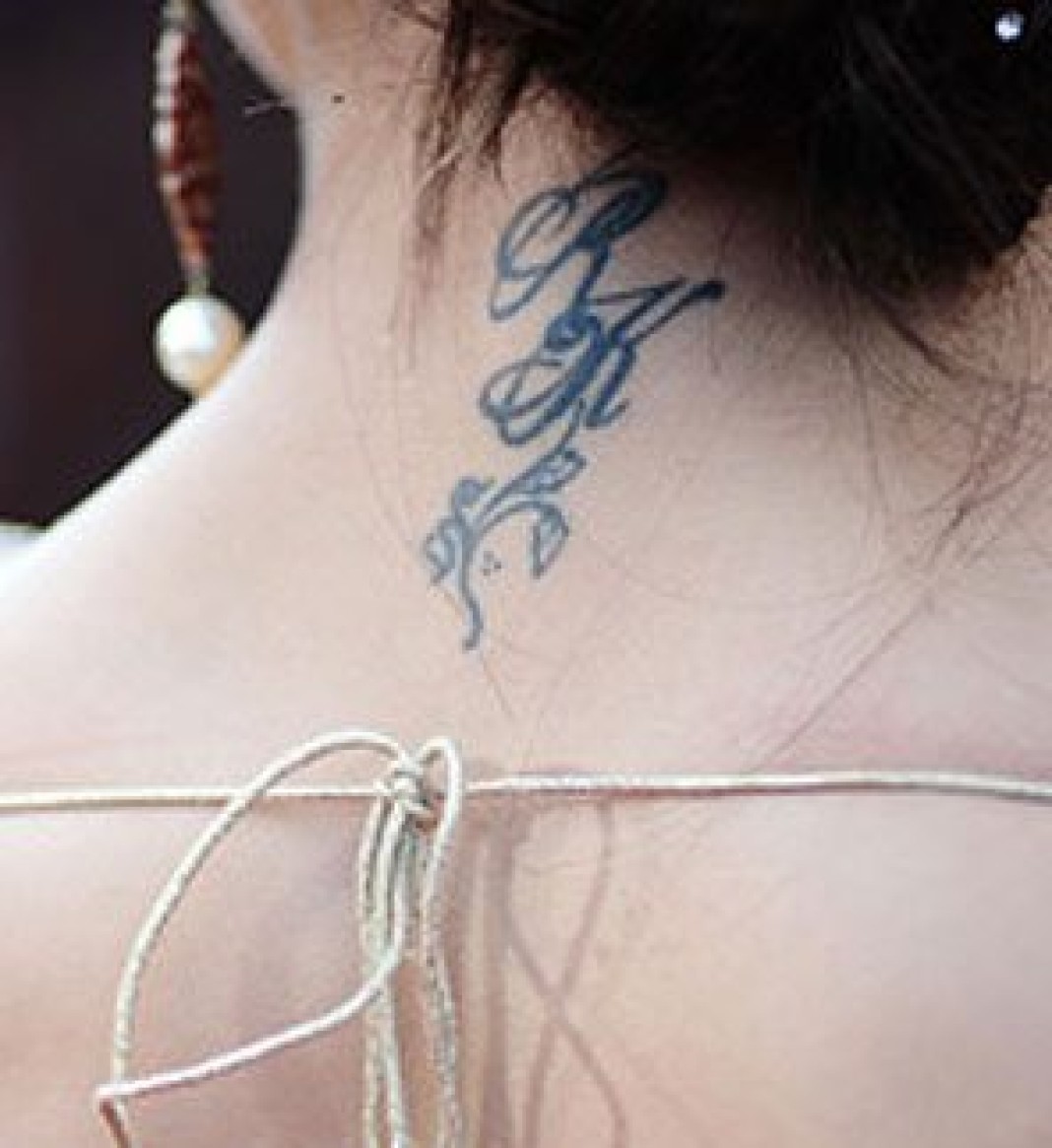 All about celeb tattoos!

Some people get inked for the sake of fun, trend or style. While some take time to understand the meaning, concept and value of the word or design that they wish to get inked with. Tattoos are not just a mark inked in a fancy way to look cool but to hold a deeper and valuable meaning in ones life and our very own desi Bollywood stars have got the whole concept of tattoo right!

These actors got themselves marked for a purpose and a reason. These are not just tattoos, but part of their lives. Yes, some of them might be regretting the few inks they have now and may want to visit a service that deals with tattoo removal in Sydney or wherever they live, but still they tell a story.

We have handpicked some 20 Bollywood celebrities who got inked. And, we have got for you stories about their tattoos, the meaning and reason behind it. 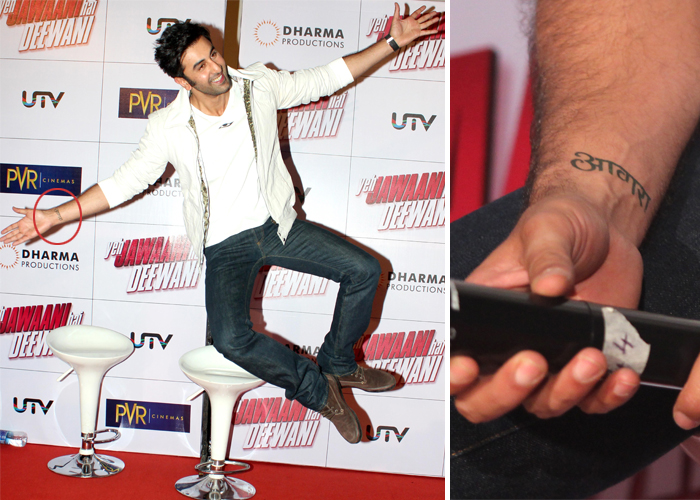 Ranbir Kapoor surely shocked everyone with his quite attractive tattoo. The actor got the word “awaara” inked in Devnagri script on his wrist. The tattoo gives a feeling of wildness and freedom. Though some people believe that the actor got the tattoo has a tribute to his late grandfather Raj Kapoor. 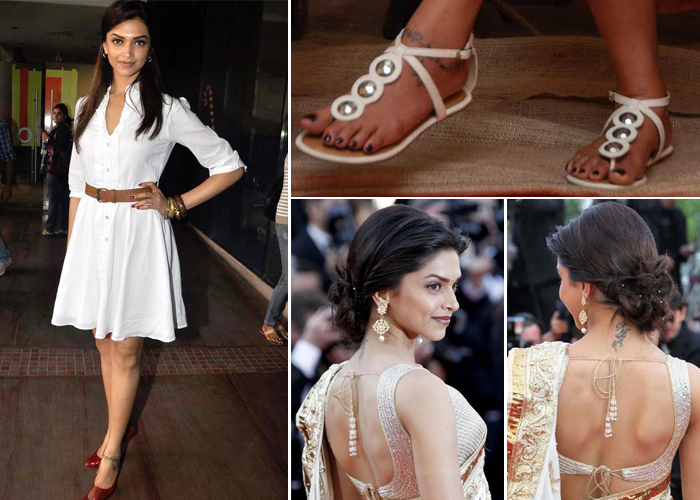 Everyone knows about Deepika Padukone‘s “RK” nape tattoo. The one that actress got it done while she was dating Ranbir Kapoor. But do you know that the actress also has a beautiful tattoo on her ankle. Yes, the star has a beautiful design inked on her ankle and the best part is the name of her initial “DP” at the very end of the tattoo. 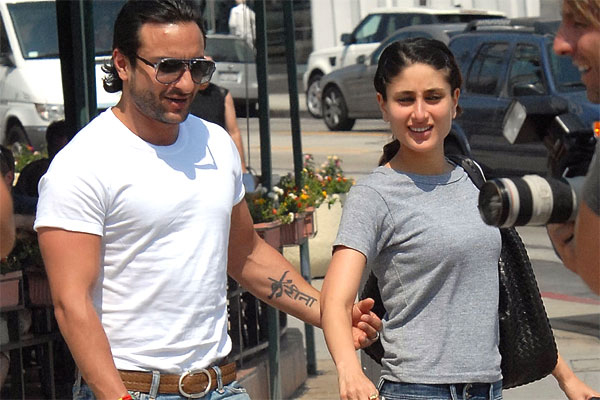 Famous ‘Kareena’ tattoo on his arm was the Nawab’s way of confessing his love to his then girlfriend and now wife Kareena. He got his tattoo way back in 2008. Saif Ali Khan caught everyone’s major attention when he got Kareena’s name inked on his arm. It was Saif’s way of expressing his love towards Bebo, a bold public confession. Now, the two are happily married! 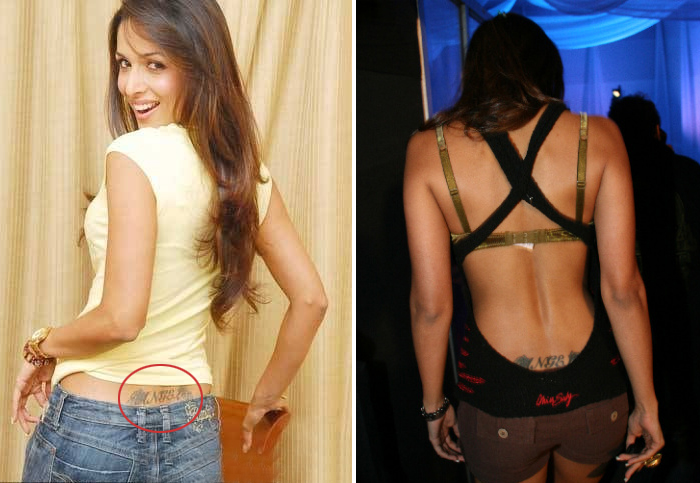 Sultry Maliaka Arora Khan has ‘Angel’ written on her waist. 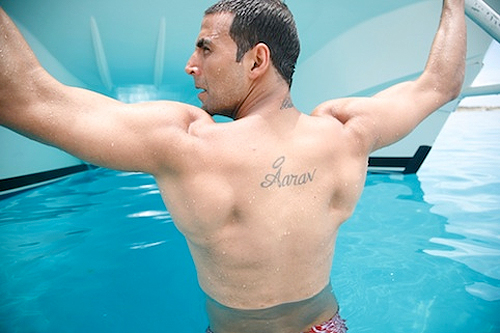 Bollywood’s Khiladi Akshay Kumar got his son Aarav’s name inked on his back. The name tattoo also has a halo. Adorable way to show affection, don’t you agree? 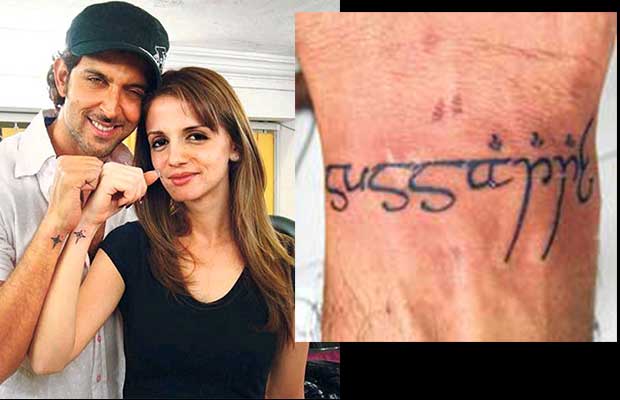 Bang Bang actor Hrithik Roshan has his ex-wife Sussanne‘s name inked on his wrist. Though the couple has separated, but when the things were good between the two, both got an identical star tattoo inked on their wrist, which represent eternal love. 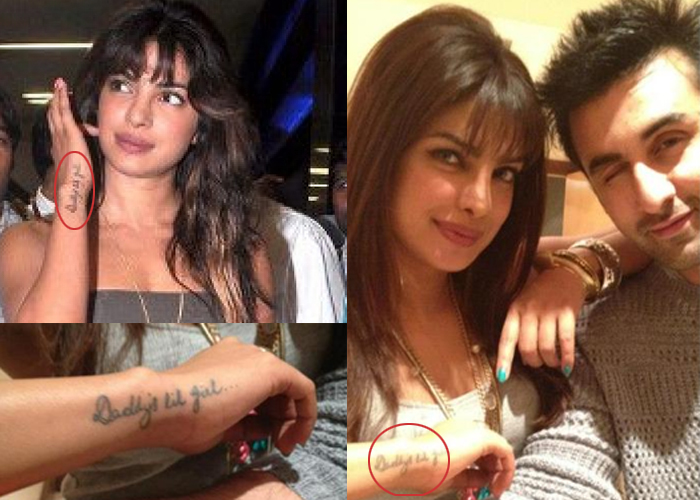 Everyone knows that Priyanka Chopra was really close to her father. After the success of her film Agneepath, the actress got herself a tattoo. Priyanka got “Daddy’s lil girl..” inked on her wrist. Soon enough, the tattoo became a huge trend. However, the tattoo holds a deeper meaning in Priyanka’s life. 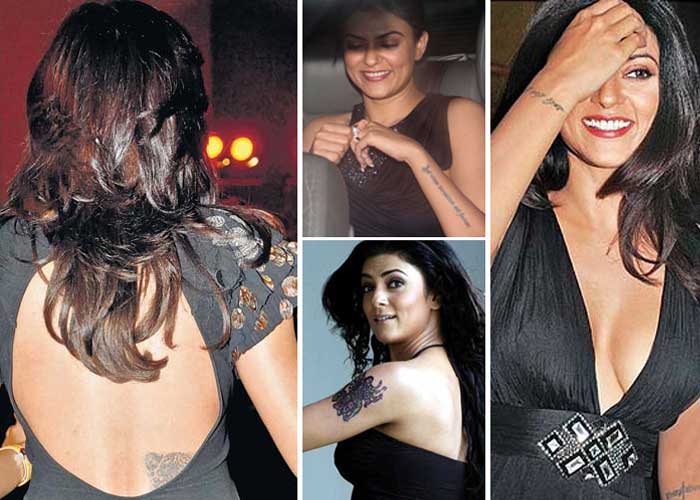 Former Miss Universe Sushmita Sen has tattoos on her wrist, arm and back. Sushmita Sen is Bollywood’s one of the self-made ladies. The actress has several tattoos but the one that she loves and absolutely adores is the one that reads “Aut Viam Inveniam Aut Faciam” which means, “I will find a way or make my own”. A strong meaningful tattoo for a strong woman, don’t you think? The tattoo is very inspiring, we are sure. 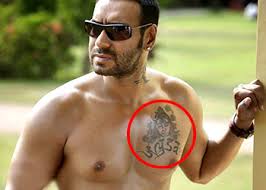 Ajay Devgan’s tattoos were on full display in Golmaal 3. Got Lord Shiva’s face inked on his chest. The actor is a huge devotee of Lord Shiva, thus the tattoo. 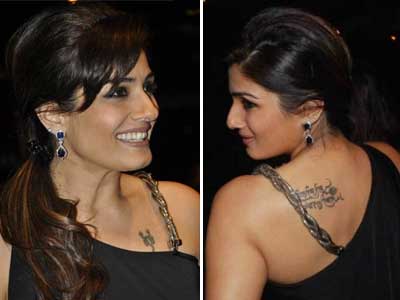 Among the earliest Bollywood actresses to get a tattoo. She earlier had a Scorpio tattoo then a mantra on her back. 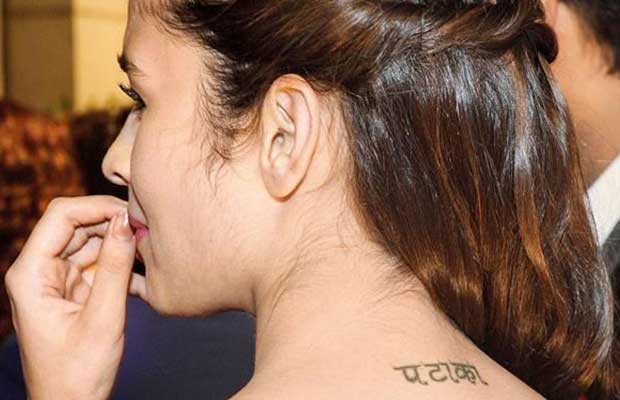 Student Of The Year star Alia Bhatt is carefree and fun loving, as we all know. The hot bombshell got the word “Pataka” inked in Devnagri script on her nape. Self-descriptive much, Alia? Well, some people surely agree with what Alia‘s tattoo reads! 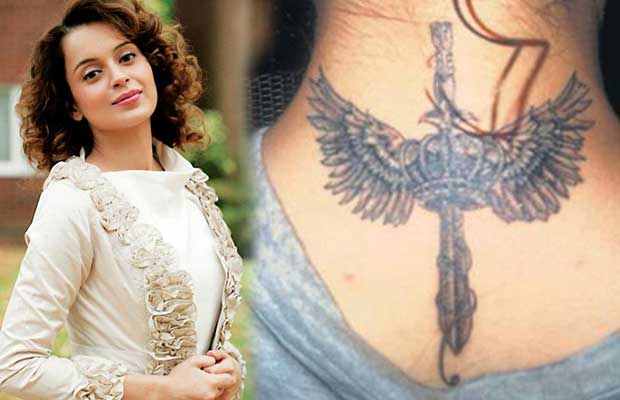 Queen star Kangana Ranaut‘s tattoo is just like her, unique and different. The actress got wings, sword and a crown inked on her nape. The tattoo gives an impression of freedom and power. Queen-like tattoo, indeed! 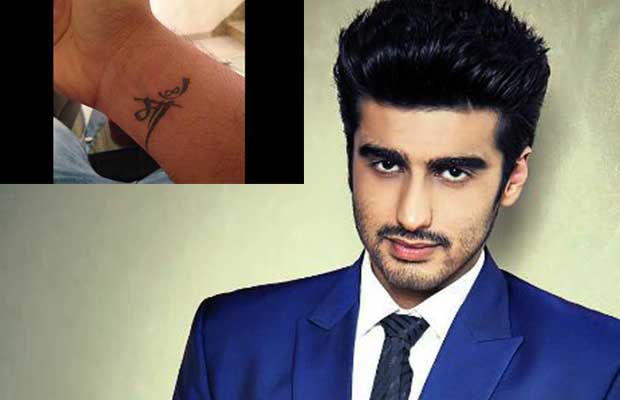 2 States star Arjun Kapoor loves his mom, like any other child. The star, to express his love for his mother got the word “ma” inked on his wrist. Not only that, but Arjun also got an inverted number 8 along with it. According to numerology, the total of his birth date (June 26) is 8. Interesting and very thoughtful tattoo, don’t you think? 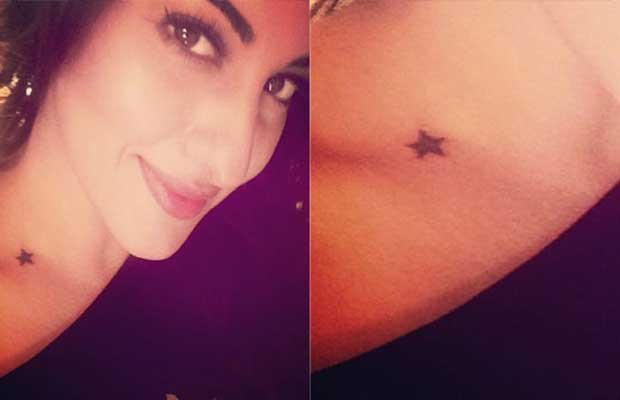 Dabangg actress Sonakshi Sinha got a cute star tattoo inked on her collarbone. The actress got a tattoo on her 27th Birthday. She took to her Instagram account to surprise her fans with the tattoo. We totally loved Sonakshi‘s tattoo! 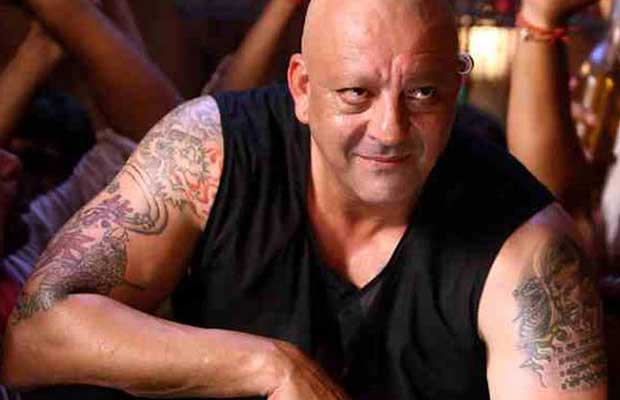 Munna Bhai M.B.B.S actor Sanjay Dutt has several tattoos all over his body. Basically, he is the king of tattoos in Bollywood. But the tattoo that impressed us the most is surely the samurai tattoo on his arm. The tattoo just speaks for itself. 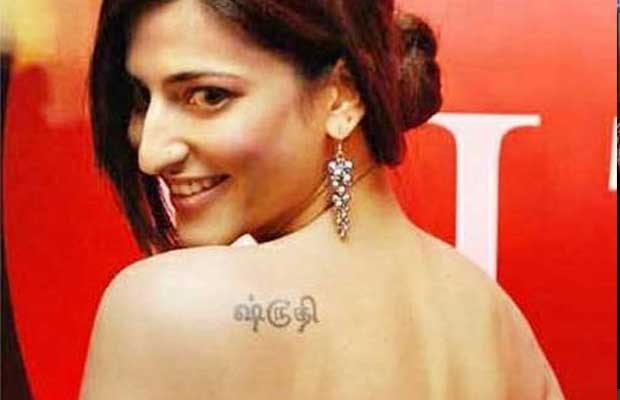 Shruti Haasan got her name tattooed in Tamil on her back. Wild idea, right? But well, we definitely like it nonetheless. 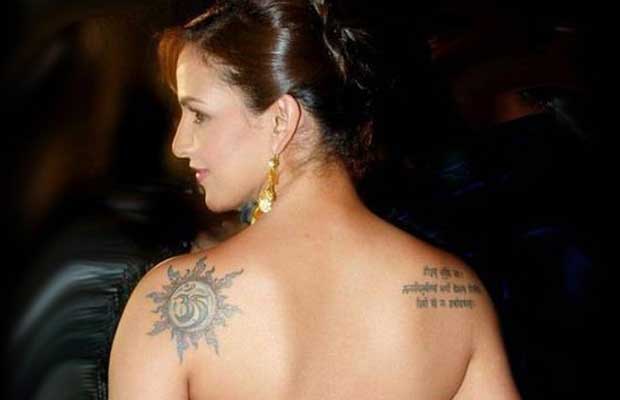 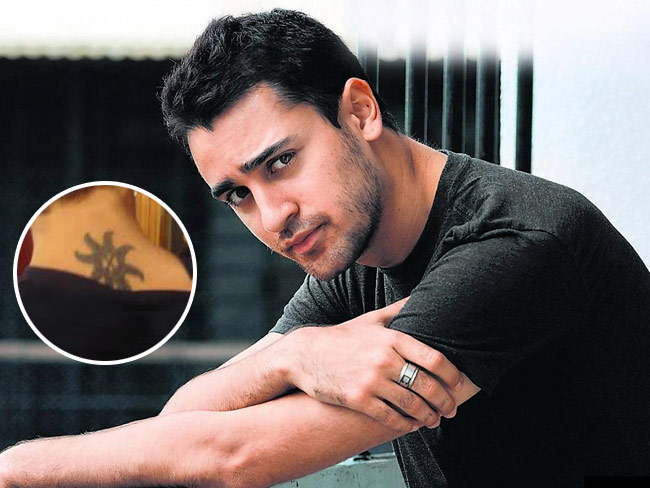 Contrary to the popular notion that Imran got the star-shaped tattoo made for his film Kidnap, in which he plays a negative character, the actor’s tattoo has been there since he was 17-year old. The actor revealed that he got the tattoo done from a guy in Mumbai`s Colaba area many years back when tattoo parlours weren’t even around.

The item babe has a red heart with wings on her arm and a butterfly below her navel. It means that Rakhi believes her strength is her free spirit or a free soul as winged heart tattoos symbolise a free soul. The butterfly signifies a major transformation or change in personality and in life, apart from the fact that it generally adorns the belly of someone seeking sensuality, love and joy! 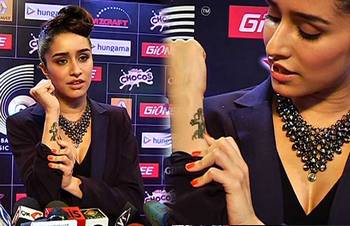 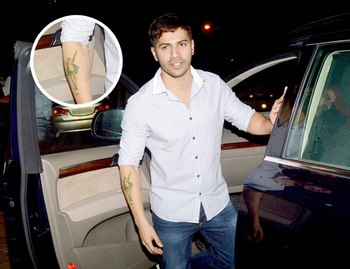 What’s on your mind? Go ahead, show courage and get inked!

10 Annoying Things Your Boyfriend Does And You Hate It!

Is your girl upset...time to introspect!
Read more
Blogs

10 Smart Inventions That Will Blow Your Mind!

The first one is oh-so-cute!!!!
Read more
Blogs

Hugs Are Infectious, Do Give One This Hug Day!

For the best medicine, hit NEXT Hugging is a good medicine, a form of communication. A hug can say things you don't have the words...
Read more
Blogs

Experiment To Find Your Best, This Kiss Day !

Actions speak louder than words and sometimes expressing our feelings for our loved ones through small gestures helps create a whole new atmosphere. Locking of lips...
Read more
Blogs

Signs That He Really Loves You Lucky Girl!

Anyone can say I love you, but not everyone can prove it.
Read more
Load more
KHURKI

Watch The Episode Of ‘Dogs Got Talent’ Here!

Dogs are one of the most adorable creatures on the planet. They are man's best friend and super talented if trained well. A dog is...
Read more
Blogs