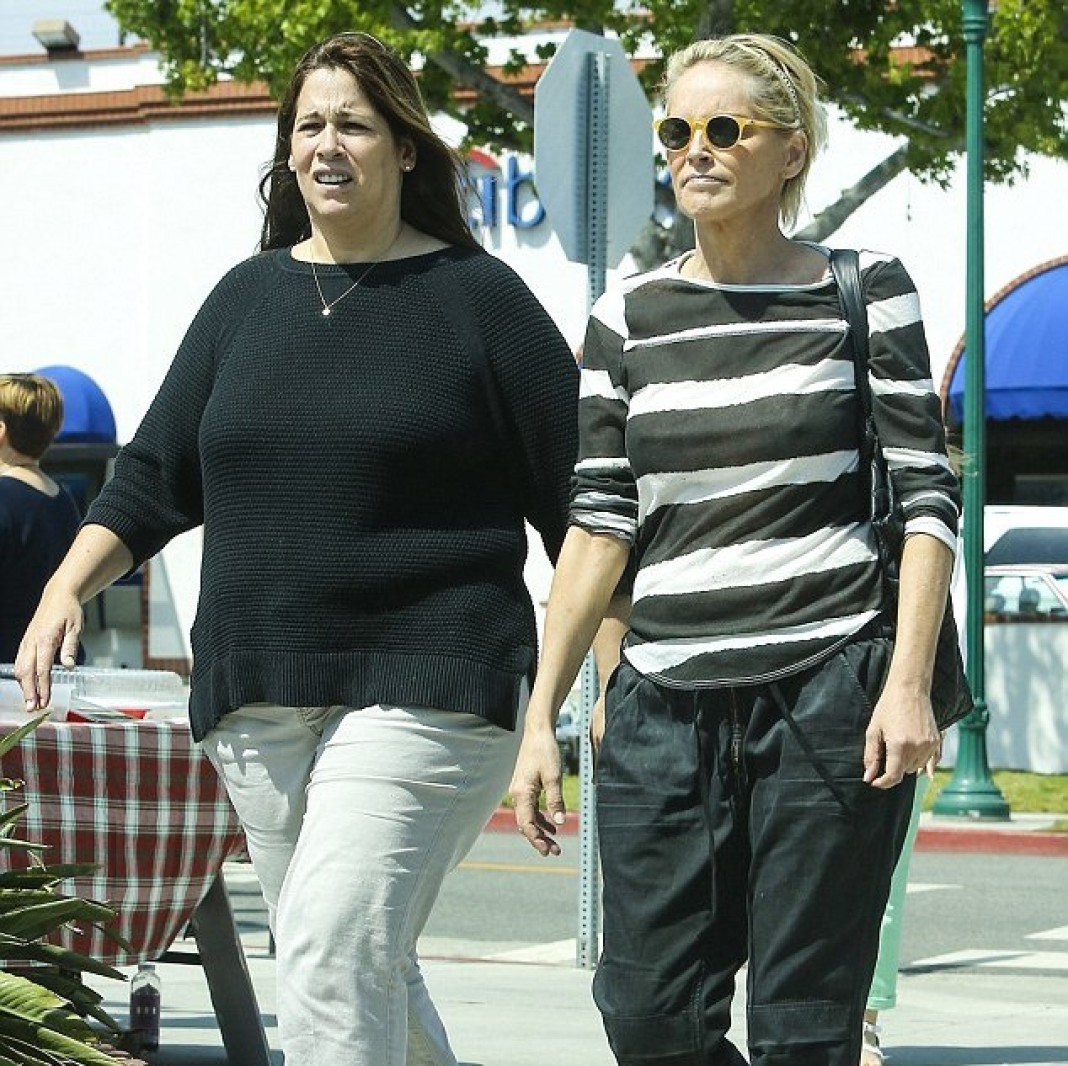 It was a pleasant Saturday in the upscale Pacific Palisades neighbourhood of Los Angeles. So Sharon Stone made the most of it on a shopping trip with a friend.

The beautiful 57-year-old didn’t bother covering her still creamy complexion with any make-up as she donned a comfy outfit for the retail therapy.

The Basic Instinct actress paired a black and white striped, long sleeved T-shirt with black baggy trousers that were cropped above the ankles, and scuffed black shoes.

She pushed her blonde pixie-cut tresses back with a hair band and she accessorised with a large black leather bag and pink-rimmed sunglasses. Her friend was equally casual in a black sweater, light blue jeans and black sneakers.

The company revealed its content to advertisers for the upcoming season on Wednesday.

In the drama, Sharon plays the widowed wife of a U.S. Senator who rises up the political ranks and becomes the country’s first female Vice President in the series, which hits the small screen in September.

The mother-of-three adopted sons – Roan, 15, Laird, 10, and Quinn, 9 – was also recently announced  as the face of Galderma dermatology, which offers facial fillers and anti-wrinkle treatments.

She said at the time: ‘I am looking forward to working with the company to make aesthetic treatments more accepted. It is inspiring when science meets beauty in such an effective way.’

Removalists were seen leaving the rented Gold Coast home of Johnny Depp and Amber Heard on Thursday, after it was revealed the couple's dogs...
Read more
Bollywood

Every Delhi Guy Faces This Problem Outside Dilli, Hilariously Explained!

Being a Delhiite is not easy and that too outside Delhi. And for Delhi men, it is even more difficult. This guy in a...
Read more
Humour