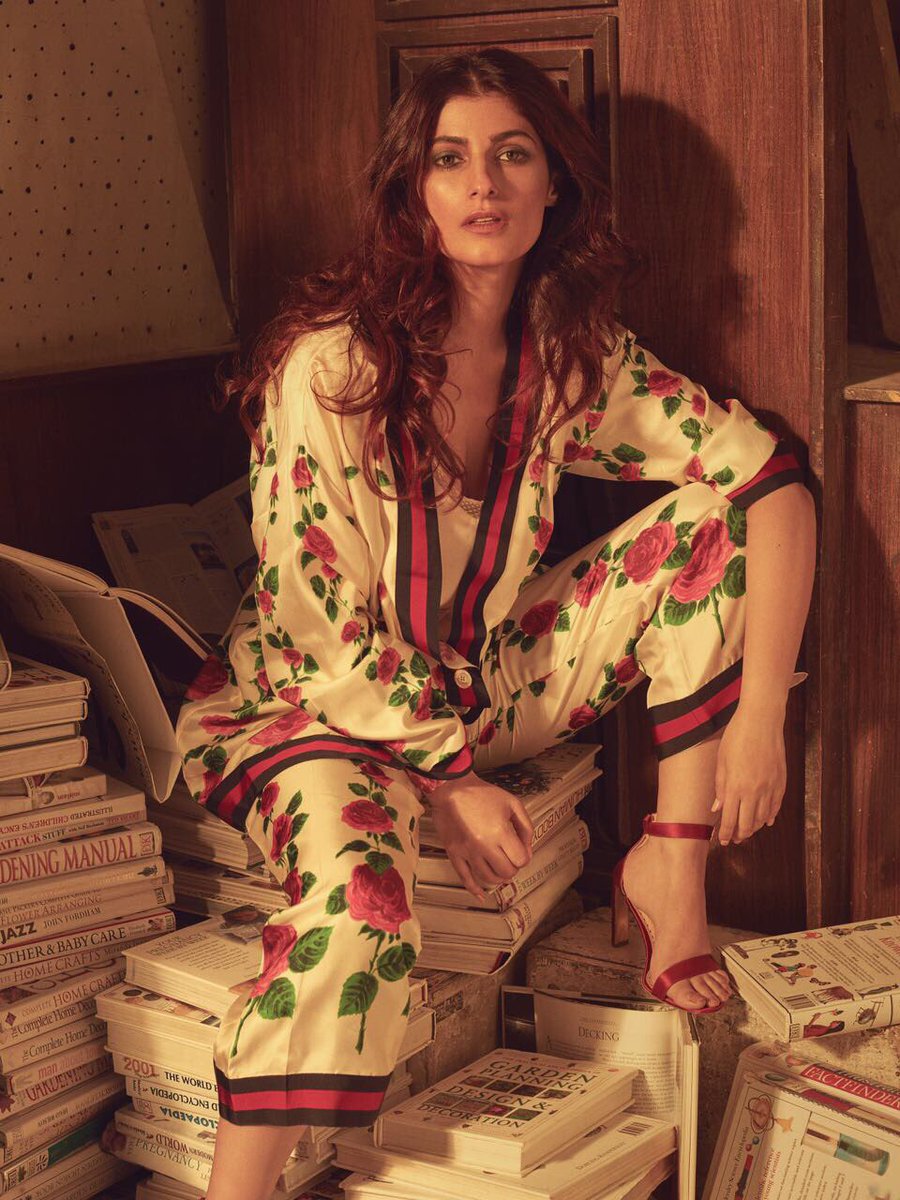 Twinkle Khanna aka MrsFunnyBones hits the headlines quite often. Almost all of the time, this is for good reasons; sometimes for her sarcasm & humour and sometimes for speaking up on important issues. Unlike many celebs, she makes sense most of the time.

But this time, she finds herself in controversy for posting a picture. In India, it is common to see outrage when a celeb posts a nude picture. You might think this doesn’t happen often, but visit Celeb Nudester’s website and you’ll see how frequently it occurs. However, this time the case is slightly different, as Twinkle Khanna posted a pic sitting on a pile of books. Yup, that kind of picture coming from an author is difficult to digest for many people.

Sometimes I get to do this as well- like the Madonna song ‘Strike a pose -Vogue, Vogue Vogue!’ @VOGUEIndia pic.twitter.com/bXDTY01hnQ

In India we treat books as Maa Saraswati & your sitting on books also keeping your feet on it. being yourself a writer pls respect the books

Such a shame to sit on the books with footwear..Just Yuck !!@VOGUEIndia

For the easily outraged – pic.twitter.com/9Ue65znBOv

But are you satisfied with her explanation?

Mehdi Hasan’s War On Terror Is A Complete Eye Opener

The So Very Useful, Yet Underrated Coconut Oil!

Coconut oil is the newest green obsession. It’s not only good for your hair and body but it has many other useful benefits around...
Read more
Khurk

Score shoot-out! Incidents like these happen every now and then! After all, Jessica Lal incident wasn't that long time back. Three people, including a woman, were...
Read more
Bollywood

Ileana D’Cruz has been offered a Rs 1.5-Cr item number? O teri...!! Is she worth that much??? Rakul Preet Singh starrer 'Bruce Lee' is the Telugu...
Read more
Blogs