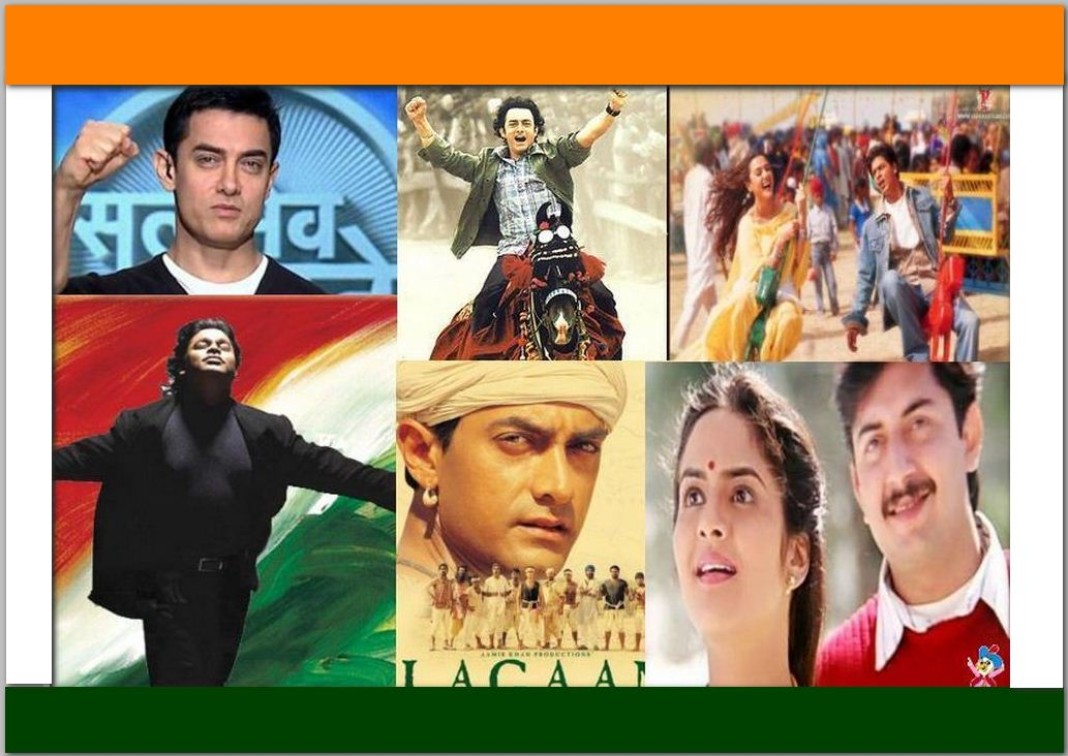 Independence Day is just around the corner. So unless you want to stick out as a sore thumb, listen to these popular modern age songs and join the patriots on 15th August.

You will notice that some of these patriotic songs have been composed by the maestro A.R. Rahman. So all you youngsters out there, get ready to stand in pride, with your head held high…

Sonu Nigam has sung this memorable number. Still fresh in our minds.

This is one of Daler Mehndi’s finest performances. He adds his own unique style to it.

One of the most memorable songs from a Mani Ratnam film.

Another Mani Ratnam movie which shook the entire country.

This is the last movie fully directed by Yash Chopra. The Indo-Pak theme struck a chord with many people.

This Aamir Khan TV show created a revolution in Indian TV. The theme song can be heard as a ring tone on so many mobiles.

This is a masterpiece, which no musician will ever be able to replicate. The video by Bharat Bala was equally impressive.

Your Foreign Trip Can Cost Less Than iPhone! Find Out How?

Are you one of those who are twiddling their thumbs and thinking whether to go on a foreign trip or buy an iPhone 6?...
Read more
Blogs

Valentines is here and if you still haven’t thought of the lines you will use to propose to her, this is the post for you....
Read more
Humour

Mothers are amazing creatures. Motherhood makes their life exhausting, messy and humbling. They put their needs on the backburner and forget all about themselves. All our...
Read more
Blogs

Women Who Became Billionaire On Their Own

Hats Off To Them!
Read more
Blogs

What Does The Colour Of Your Sheets Mean?