Our Bollywood stars are known to celebrate New Years Day in style and 2016 too had a very picturesque welcome by b-town!

While we all partied hard here is what our favourite celebrities were upto :

1)Sonam Kapoor and Arjun Kapoor with family in Maldives

2)Aamir Khan,along with his family had gone to Switzerland for the New Year.

Wishing everyone a very happy New Year. May it be your best yet! Good health, peace, prosperity and love to all. Love. a.

3)Alia Bhatt And Sidhath Malhotra reportedly flew off to Mexico to bring in the New Year together.

Happy happy new year beautiful people!! A new year doesn’t HAVE to mean a new you 😉 just be the person you WANT to be even more this year??

4)Saif Ali and Kareena Kapoor Khan were seen partying at the Gstaad Palace in Switzerland.The royal duo seem to have had a gala time.

5)Lara Dutta took off to her holiday destination with husband Mahesh Bhupati, daughter Saira and their family.

6)Shilpa Shetty, who was in London a few days before New Year’s eve also shared some pictures from her vacation. She was accompanied by her husband Raj Kundra.

7)Nargis Fakhri was seen having a gala time in Dubai.

When luxury and nature come together to form an unforgettable experience…. things I love about #Dubai #desertsafari????

9)Salman Khan ushered in 2016 with his family at his Panvel Farmhouse. 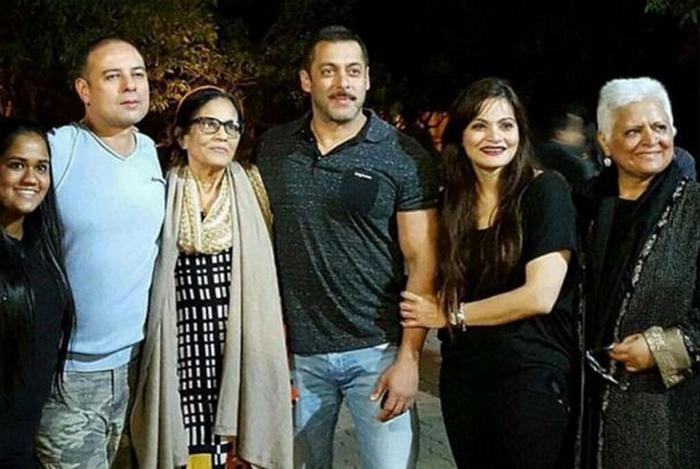 10)Karan Singh Grover decided to take off with rumoured beau Bipasha Basu to Thailand for the big day. With their group of close knit friends, the duo shared some sizzling pictures on social media.

So now that we know how the B-town Celebs Welcomed 2016,let us know how was your celebration??