Kim Kardashian almost broke the internet again after she debuted her new hair colour on Instagram.

Having gone platinum blonde, Kim revealed that her much talked about hair colour was actually influenced by music icon Madonna. 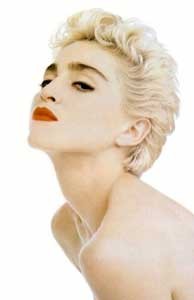 “I’ve always had this image of Madonna with platinum hair in my references folder on my computer and I’ve been waiting a long time to try the look,” Kim was quoted.

“I thought what better time than right now for Paris Fashion Week,” she added.

“It was a really last minute decision,” she said.

Internet is full of information, people literally are going to any extend to taste the fame which is not even tangible. In the era...
Read more
Humour

It is hard to know sometimes how our life has changed until we stop for a moment and look at how different it is...
Read more
Flicks

What's with celebs and their love for selfies in underwear? Celebs tend to offer you entertainment but at times they over do. Recently, the well-trolled...
Read more

Marvel Studios President Kevin Feige says the reboot of Spider-Man will focus on Peter Parker as a high school superhero and not on his...
Read more
Lifestyle

Games of mind and heart! Being humans, we get so much involved in thinking, testing, judging and then trusting. You see the long process!...
Read more
Khurk

Nearly 7,000 security personnel, including commandos from the National Security Guard (NSG), are being deployed at India Gate, Rajpath and Vijay Chowk ahead of...
Read more
Blogs

The internet is flooded with trolls and jokes made on Taher Shah for his new track Angel. Which definitely sounds to us all like...
Read more
Load more
KHURKI

Please avoid these 16 words – when in a foreign country. Now that summer vacations are here, everyone is planning a trip to their favourite...
Read more