Sonakshi Sinha Shrugged The Joke Off But Where’s Alia? 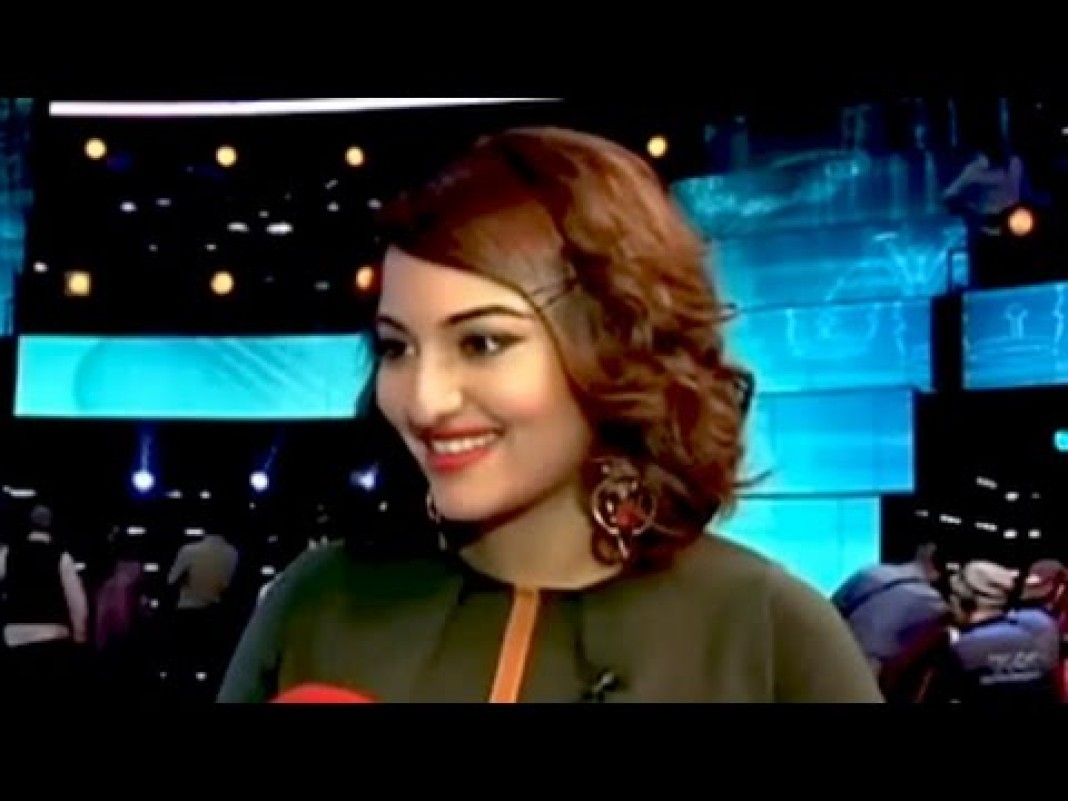 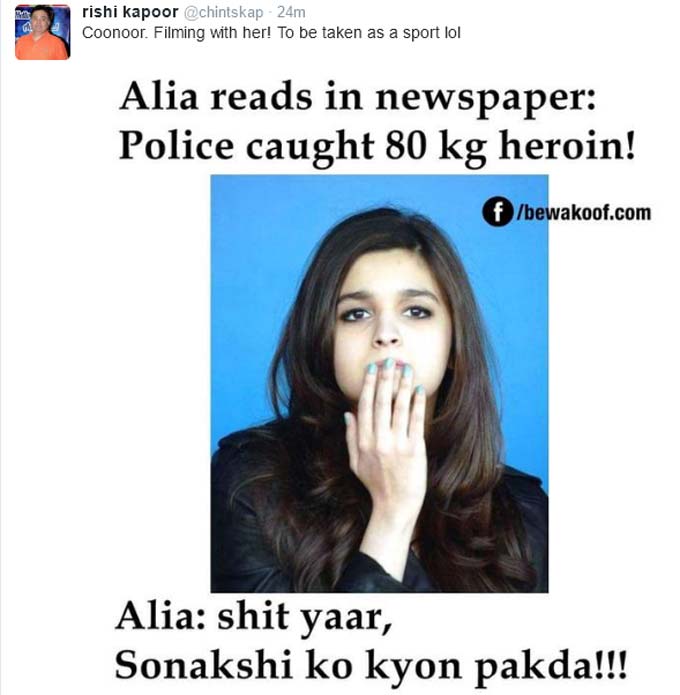 Everybody knows that Rishi Kapoor has a sense of humour, but the jokes seem funny only till they are cracked on his own son Ranbir or wife Neetu, as he has been doing lately.

However, in what seems like a rather unusual tweet made by Rishi, the actor has trolled Alia Bhatt and Sonakshi Sinha both, that too in one meme. Rishi is presently shooting with Alia Bhatt in Coonoor for Kapoor and Sons.

He quickly tweeted, “Coonoor. Filming with her! To be taken as a sport lol.” Seems like his sense of humour has become better since the time he had slammed Deepika and Sonam for poking fun at Ranbir on Koffee with Karan.

More recently, in an award show when Ranveer and Arjun had cracked some mean jokes on Ranbir Kapoor, father Rishi had surprisingly taken that also in a rather sporting stride.

Now, talking about the troll, Rishi very effortlessly made fun of Alia’s much trolled intelligence. As for Sonakshi, then did not think twice before poking fun of her weighty issues.

Just when fans had started the twitter war on Sonakshi’s weight and Alia’s dumbness, Rishi was quick to tweet, “Why do you guys take all things so seriously? Arre both Alia and Sonakshi like my own kids. I just found it funny. Get a sense of humour yaar!

When Sonakshi was asked about this episode, she smilingly said that she does not have any grudge against Rishi Kapoor because it was not he who created the meme. Rather, the joke had been doing the rounds for quite sometime. She also defended Rishi Kapoor’s actions by claiming that he must have found it funny and that’s completely his opinion, so it’s definitely something which should be taken in the right manner.

Now, that shows how mature Sona is and she’s possibly one of the most sorted actresses we have in Bollywood today…

Which Type Of Eater Are You? Check It Out!

A new book has observed that emotions can dictate how you eat and also demonstrates what kind of eater one is. Hypnotherapist Marisa Peer in...
Read more
Bollywood

What Should Congress Members Gift Rahul Gandhi On His Birthday Today?

Rahul Gandhi, the young Congress vice-president, who turned 44 today (youth? ya right!) is celebrating his birthday with many people around the globe. Rather, I...
Read more
News

Maybe He Needs To Find Someone His Size!!
Read more
Load more
KHURKI

Do You Hate Milk Too? Wonder How Can Anyone Like It?