Pregnant Dog Rescued After Being Buried For Two Days 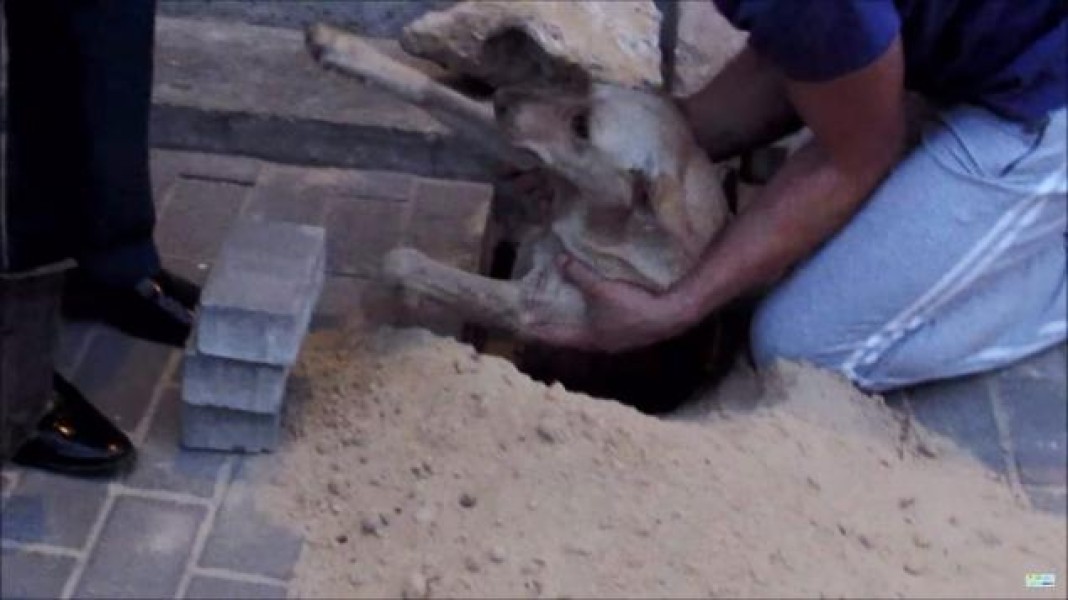 This is an amazing story of a dog rescued after having been buried accidentally. In the Russian city of Voronezh, Belka – a pregnant dog – was dug out from under a pavement after she had been buried for two days.

Luck was on Belka’s side when pedestrian Vadim Rustam heard the stray dog barking helplessly as he was walking past. At first, he didn’t understand where the sound was coming from. As soon as he realised it was coming from underground, he asked city officials for help, reports New York Daily News.

According to New York Daily News, officials refused to dig a second opening to let poor Belka out – it’s not explained why – and so Rustam decided to rescue the trapped dog himself.

In the footage, the lucky dog is seen wagging her tail in joy as she exits her prison of two days. It’s no surprise that the video posted by Rustam on his Facebook page has crossed over two million views since being posted on September 24.

The report explains that Belka wandered into a sinkhole that was open for three weeks. On September 18, housing authorities closed it up without realising that the dog was still inside.

World has come to a point that everyday you will find news going a further new low. While there are newspapers, TV Channels, Websites,...
Read more
Blogs

You must have often seen modern art taking on society like a boss. Modern art today explains such complex realities in a way that...
Read more
Videos

When you turn every single child to be prepared to cram, learn and excel almost everything you teach them, that's exactly when talent is...
Read more
Featured

Global superstar Priyanka Chopra was having some fun time at a beach in Miami, and the pictures are simply sizzling. No matter what Pee...
Read more
Bollywood

This Repoter Just Trolled Himself

If you thought reporting was an easy job, think again. This reporter had a tough time in giving just a single line. https://www.youtube.com/watch?v=PxZusSnu2iQ
Read more
Bollywood

Not very long back, Diljit Dosanjh released his amazing peppy number 'Patiala Peg'. The song was a sensation and a worldwide hit. For those...
Read more
Load more
KHURKI

This Sikh man’s Graduation speech in US will make you a proud Desi!

Punjabis are known for being show stealers, and this guy is no different. Well, but he is different, this Sikh guy is not going...
Read more
Blogs

These are the problems of every specy guy in the world. “I always think about what it means to wear eyeglasses. When you get used...
Read more