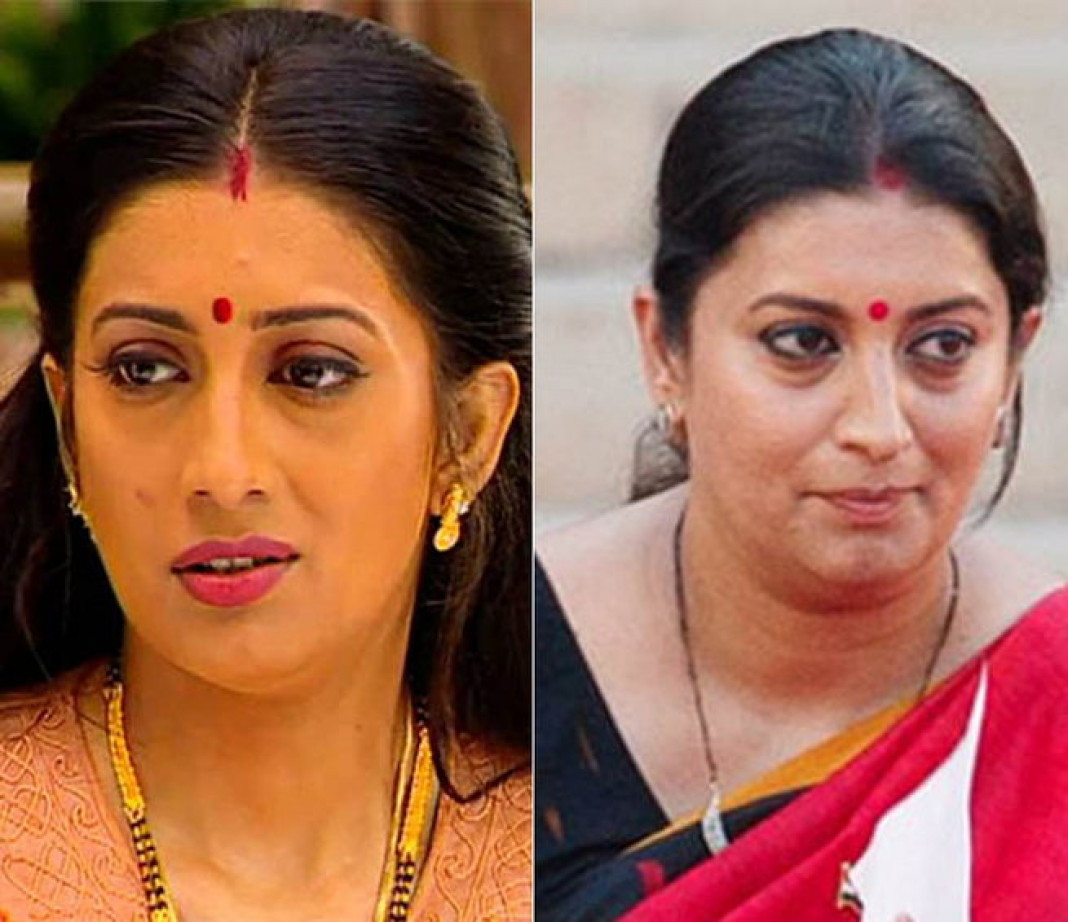 Human resource is a very important and responsible role for any individual, no matter the size of the organisation.

Who are the HR people?

These are the people who make you sweat while they grill you during the job interview. Salary ki baat karo to even if you say it doesn’t matter, they make you feel as if you are the most-unwanted candidate for the job profile and don’t deserve a penny from the company.

Undoubtedly, some of the HR persons might be genuinely good but mostly they behave as if company inke baap ki hoti hai. Ismen haalaa ki koi doubt nahi hai that one call from them saying you’ve got the job can make your dream come true but truthfully speaking, there is a lot more to Human Resource than merely hiring and firing.

Who qualifies to be our HR Minister?

Have you ever thought what all it takes to be a Minister for Human Resource Development? Hum bataein? Kuch Nahi!

All you need is a 12th certificate, a McDonald’s waitress experience letter, a Miss India finalist tag, an appearance in a Punjabi video, preferably Mika Singh’s, and a never-ending Ekta Kapoor saga. 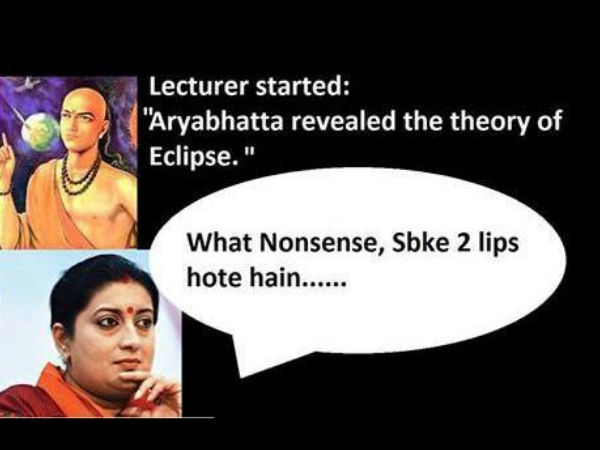 Nahi maante, then check out what Wiki baba has to say about our Nation’s HRD Minister Ms Smriti Irani 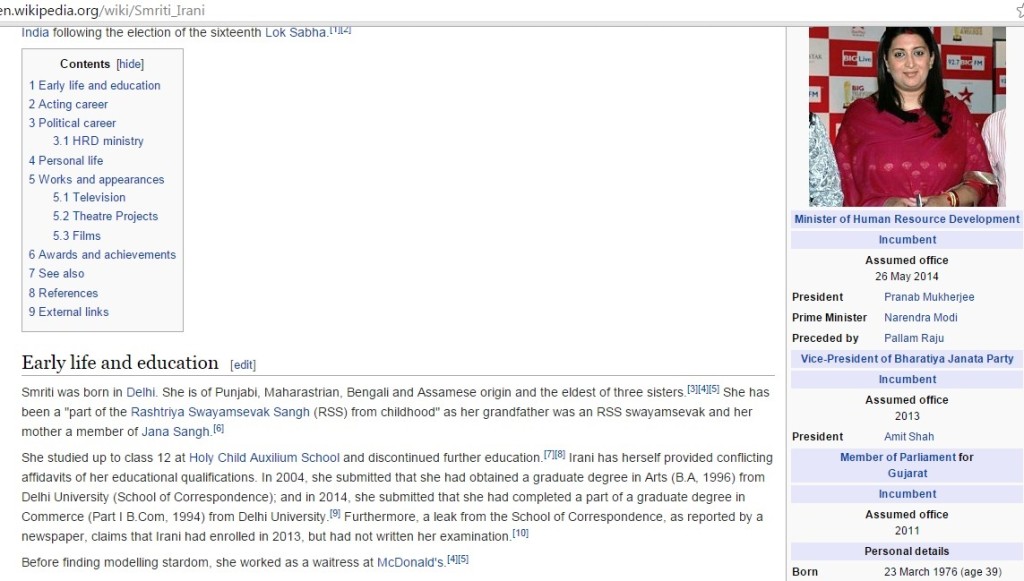 So, this info that is showing crystal clear means what?

Who is this lady who is going everywhere giving lectures, issuing statements and roaming about with full security? Someday she finds cameras in try rooms and sometimes she’s in news for adding yoga to the syllabus. Did no one ever tell her that yoga was already a part of physical education syllabus? 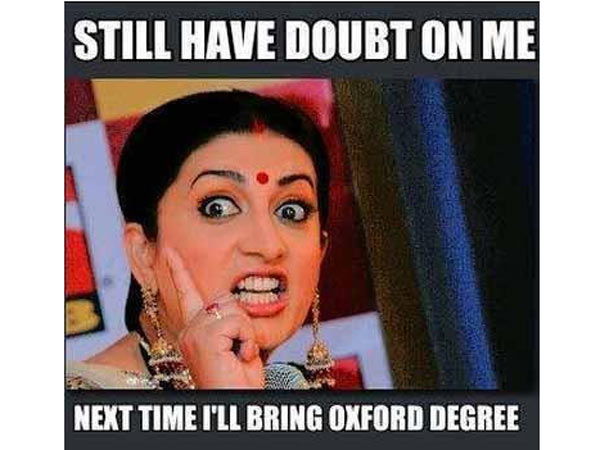 What do Tweety birds say on Smriti Irani?

Many people tweeted against her, such as Madhu Kishwar, Ajay Maken and others. Are they right or is it just frustration?

What a Cabinet of Modi?HRD Minister (Looking after Education) Smriti Irani is not even a graduate!Look at her affidavit at ECI site pg 11!

Someone remind me. Did Rabindranath Tagore go to university? he certainly established one & had enlightened views on education.

.@swapan55 Salim Ali had a mere B Sc. The great polymath Lewis Mumford not even a BA. I agree degrees are over-rated (yours and mine too).

We aren’t anti-party and we certainly aren’t from Congress, but what we want is to know and understand that in future if a child aspires to be the HRD Minister of India, then what degrees and qualifications should he possess??

No idea? Then, Get Idea… 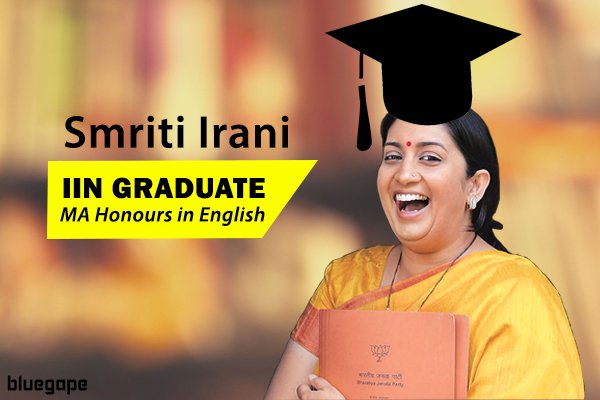 We Bet These Fruits Can Make You Look Amazing!

Every woman craves for a healthy, glowing and flawless skin. And if you have given up hope that your skin will ever look like...
Read more
Blogs

We all have heard that behind every successful man is a woman...but here is one couple who has been successful only because they had...
Read more
Humour

The Twilight star stuns in head-to-toe Chanel on the June issue Harper's Bazaar U.K. and gets real about sexism in Hollywood, her weight, and...
Read more