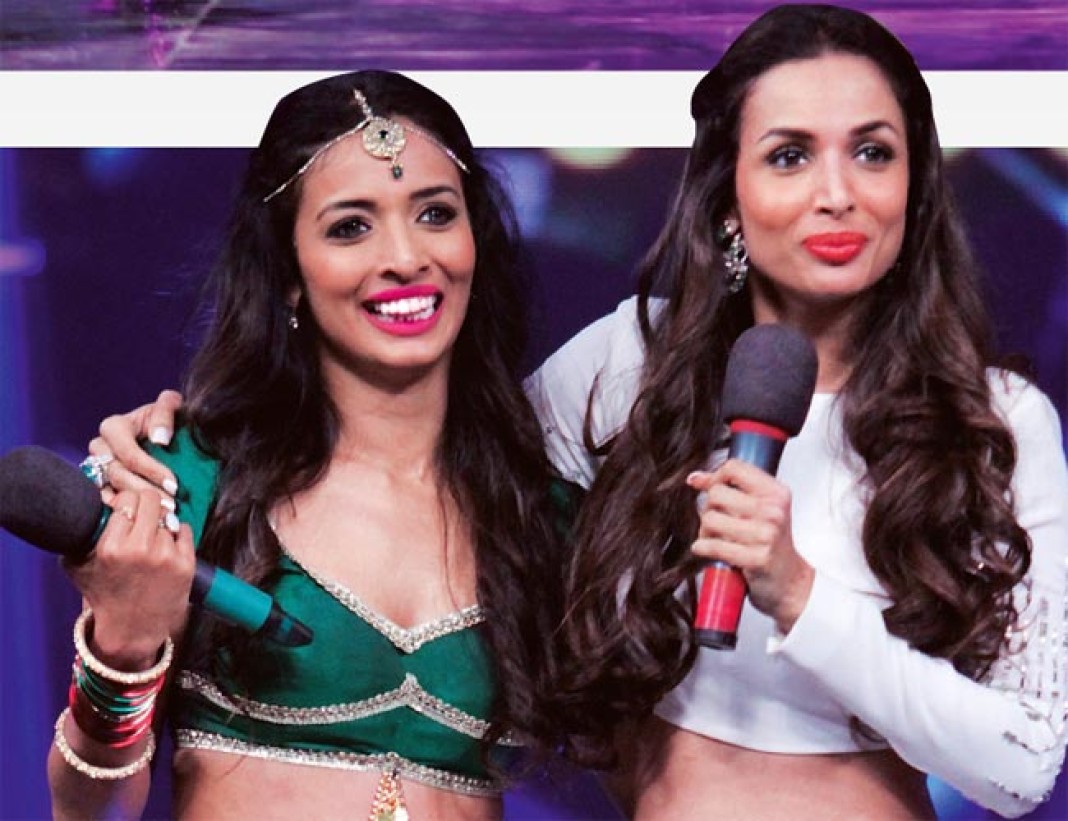 It seemed like a routine episode being shot for India’s Got Talent Season 6, which goes on air from April 18.

Malaika Arora, one of the three judges of the reality talent hunt show, left her seat ostensibly to give a special performance of her signature item Munni badnaam.

Very soon she was reprising the cool moves of the Dabangg hit, even as mesmerised onlookers, including her co-judges Karan Johar and Kirron Kher, applauded. 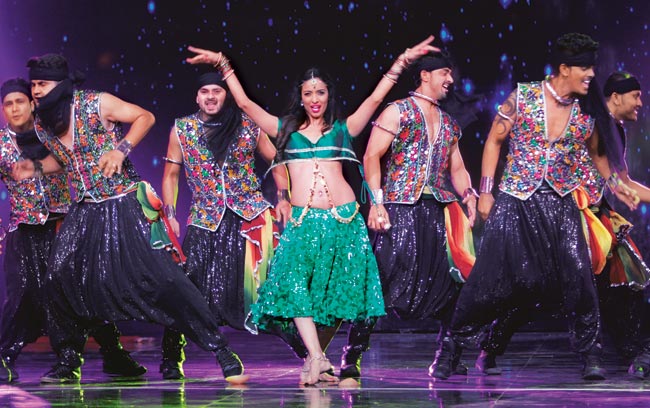 All was well till the dancing superstar suddenly had a wardrobe malfunction. Her choli came unstrung on her back and she ran backstage, only to return moments later to resume dancing. That’s when the twist about the tale unfolded. Even as she was performing on stage, Karan, Kirron and all others present on the set were stunned to see Malaika walk in, resplendent in a sexy white ensemble, and take the third judge’s seat.

The girl on stage, everyone realised then, was a Malaika lookalike.

“It took everyone on the set some time to realise what was happening and once the doppelganger effect had sunk in, the entire set burst into laughter,” said a unit source. The question on everyone’s lip then naturally was: Who’s that girl?

It turned out the lookalike was a girl named Pooja and besides being an ardent fan of Malaika and her dancing style, she was also a good dancer. Pooja and Malaika has planned the little bit of surprise for the unit.

Be careful the next time you have cherries!
Read more
Bollywood

Hrithik Roshan Enjoys Skiing In Switzerland With His Sons!

Ever after his separation with his wife Suzanne, the actor has been spending quality time with his sons!
Read more
Lifestyle

He won't be able to bear the punishment!
Read more
Bollywood

Twinkle Khanna aka MrsFunnyBones hits the headlines quite often. Almost all of the time, this is for good reasons; sometimes for her sarcasm &...
Read more
Flicks

Priyanka Chopra’s New Teaser For ‘Quantico’ Too Hot To Handle

Priyanka Chopra's much-awaited American television series 'Quantico's' new teaser is here. Priyanka Chopra is too hot to handle in this teaser and handcuffed at...
Read more