At Khurki, we firmly believe that every woman is a super woman. They are born jugglers who can balance, career, kids, husbands and home all at one time. And that applies to Bollywood actresses too. Gone are the days when actresses who became mothers did not get work or were forced to opt for side roles. The present day mommies of Bollywood have taken upon themselves to look stunning, even after having babies. Have a look at such mommies, who are determined to give the young actresses a run for their money.

The Pardes lady has a young daughter Aryana. And that’s not all. She is also mommy to two sons from her husband’s previous marriage.

This beautiful mommy and actress refuses to look old and aged. She just seems to look prettier as the time goes by. She still has many fans who follow her as a style icon.

She is the icon of fitness for mommies and people who want to look sexy in forties She has a baby boy and refuses to look her age, till date.

The chirpy actress from yesteryear doesn’t seem to age either. From being a top leading lady, she moved into the role of an entrepreneur with much ease and grace. She is mother to two kids.

This beautiful actress has two young children. Daughter Samaira and son Kiaan. She is used to setting trends. First, she was the first lady from the Kapoor family to act in movies and then she broke so many hearts by marrying a divorcee.

Lara is the epitome of fitness and beauty. She is the perfect modern mommy. She had a baby girl last year. And to everybody’s shock, she was back in shape in three months.

She surely doesn’t look like a mother of four children! She has been in incredible shape ever since her ‘Mohra’ days. She adopted Pooja and Chhaya as a single mother, before marrying film distributor Anil Thadani. With Thadani, Raveena has a daughter called Rasha and a son called Ranbi.

She is by far one of the fittest moms in Bollywood. Not only is she the queen of item numbers, she makes looking fit seem so many things in one go – sexy and empowering. She has a son called Arhaan Khan.

Sridevi has to be in this list. She is mother of two beautiful daughters Khushi Kapoor & Jahnavi Kapoor. The actress has always been a mesmerizing beauty. But she’s even more so now. 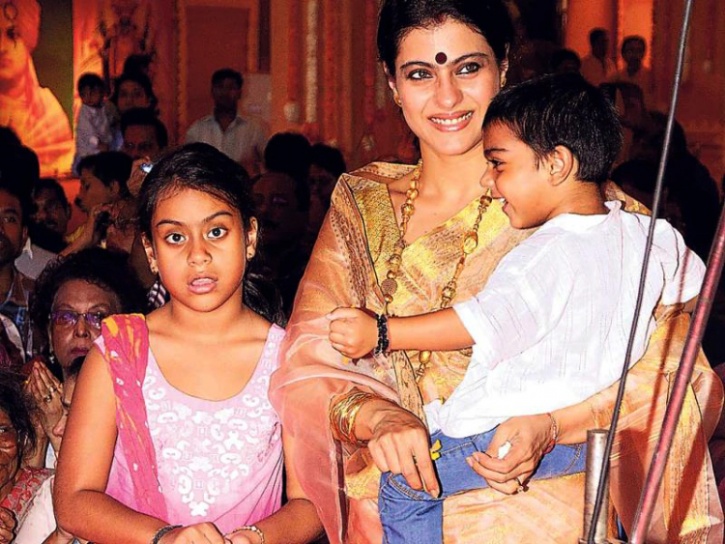 Click "NEXT" to Start... Women have made great strides in every field and that too globally. They are no more a gender which can be...
Read more
Lifestyle

Cleaning of Ganga and the ghats has been termed as Prime Minister Narendra Modi’s pet project and rightly so. One visit to Varanasi and you...
Read more
Blogs

Mini Celebrities Expected To Arrive In 2016!

We all love babies and we get super excited when they are born to celebrities. And we are happy to report that the year...
Read more
Blogs

What Is Your Meaning Of Freedom, Woman?

Way To Go! Saraswati River Springs Back To Life After 4000 Years

The Saraswati river has been revived after 4000 years! Yes, you heard us right! The Haryana Government’s lost river plan has met with a roaring success....
Read more
Load more
KHURKI