Celebrity Relationships In Bollywood That Faded Away 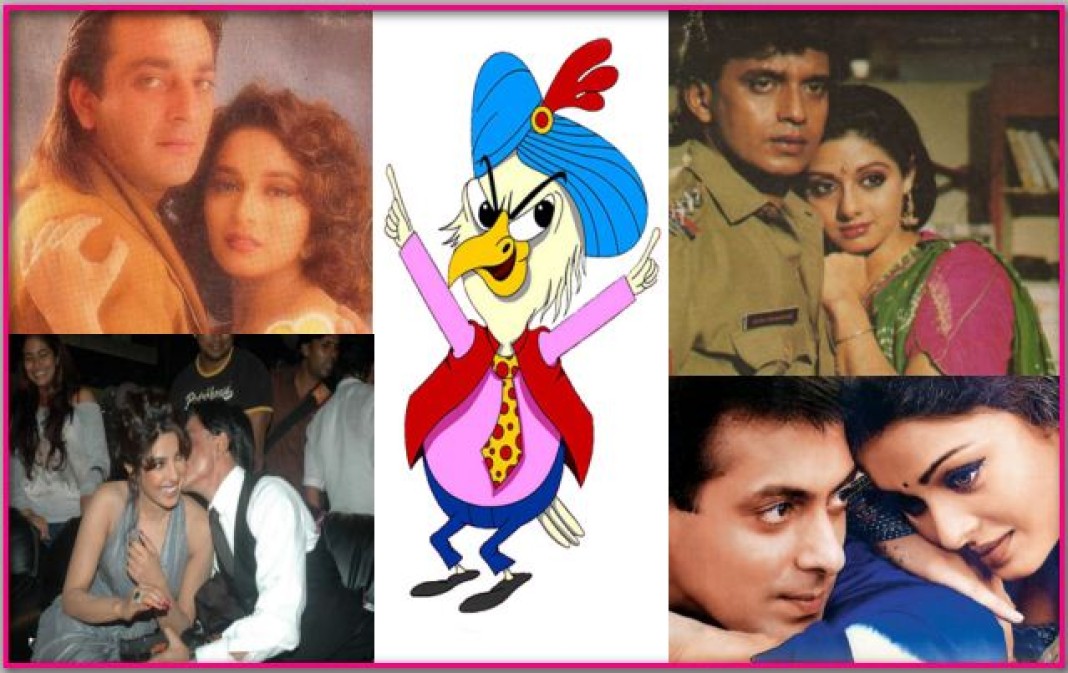 In Bollywood glamour and scandals go hand in hand. Blame it on the lifestyle of the actors or the situations, Bollywood is replete with examples of couples now together, and now split.

Here’s a sneak peek into the lives of some of our heroes that go to prove how twisted relationships in Bollywood are:

1. Kangana Ranaut, The Reigning Queen of Our Hearts

In 2012, IBN Live reported – Kangana Ranaut has been spotted with her boyfriend, UK-based doctor Nicholas Lafferty, who was on a month-long vacation in India. Though the two have not set a date yet, their relationship seems to be going the right way. Will 2012 be the year they decide to settle down in matrimony? 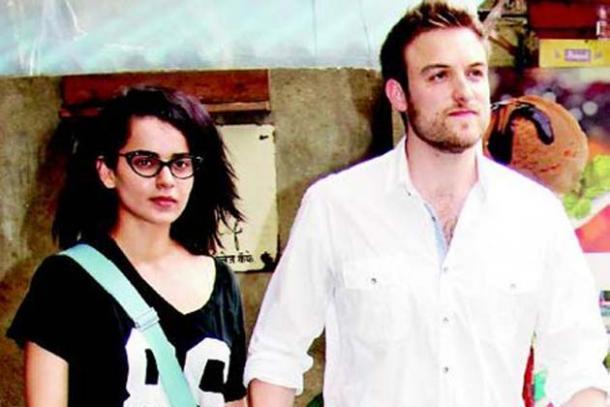 I wonder where in the world would he be at this point of time..lols

2. Bajrangi Bhaijaan – The Bhai of Bollywood 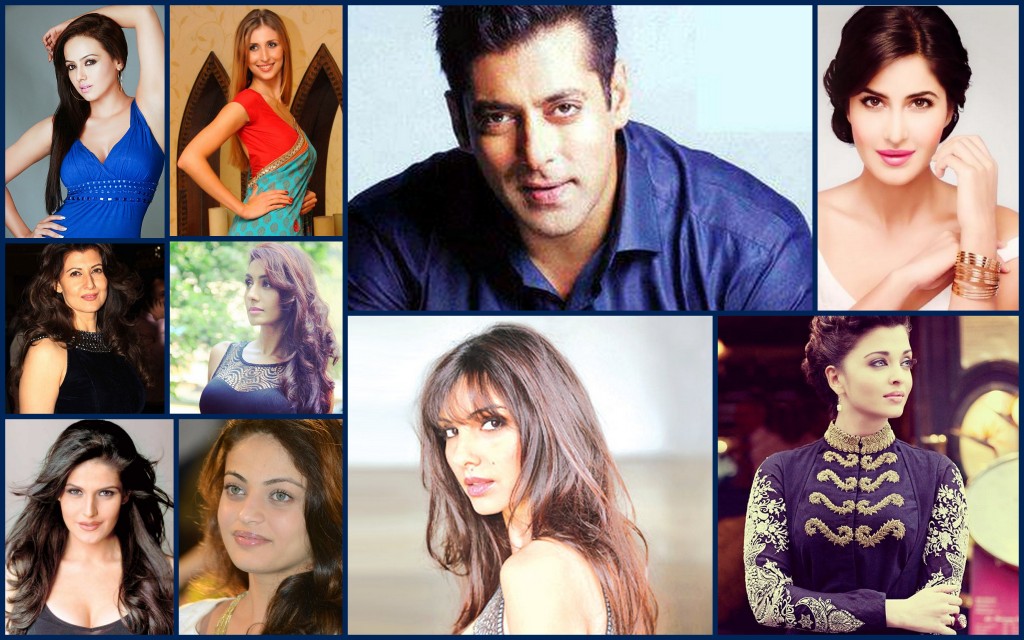 The only Khan bachelor in Bollywood, Salman Khan, has a had a colorful history as far as his love life is concerned. Starting from Sangeeta Bijlani and currently ending at Romanian Iulia Vântur (pic below) for the time being, there is no full stop to Salman Khan’s love life and every decade the list is populated with a new entry. 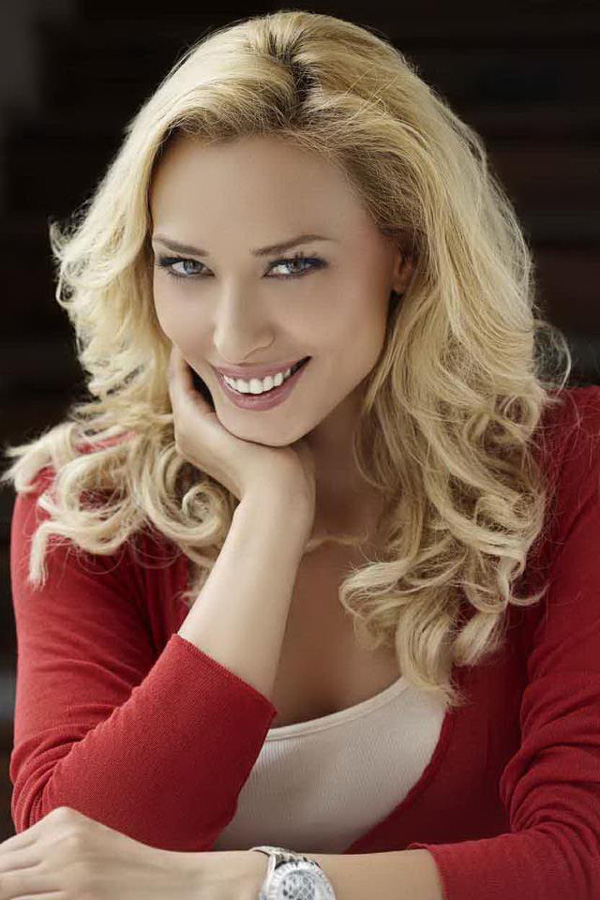 After Sangeeta Bijlani and Somi Ali, there came Aishwarya Rai and then her much touted look-alike Sneha Ullal. Later, Katrina and her look-alike Zareen Khan made their way into the list. Apart from these famous affairs, Salman Khan has also had a string of flings that lasted for a couple of months. 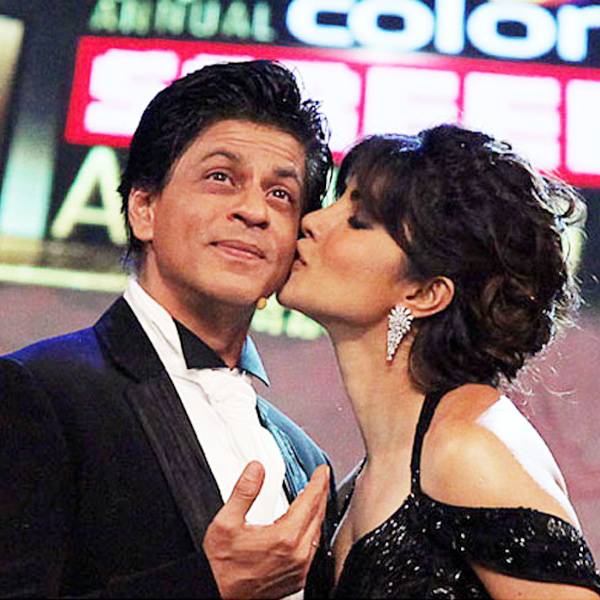 Buzz was that Shahrukh Khan was giving special treatment to PeeCee. Apparently, the actor was recommending her to producers, etc. At that time, Gauri chose to ignore the controversy, tagging it as a mere professional relationship.

But slowly, PC became a regular visitor at Mannat (That’s where SRK and Gauri reside), making casual visits and attending house parties. The alleged “lovebirds” were also spotted leaving Khan’s office at odd hours. Priyanka Chopra was eventually chucked out of Khan’s camp because of Gauri’s ire and things became even more evident when one of Karan Johar’s tweets hinted about the undercurrents of this affair.

4. Mr Perfection As He Likes To Be Called 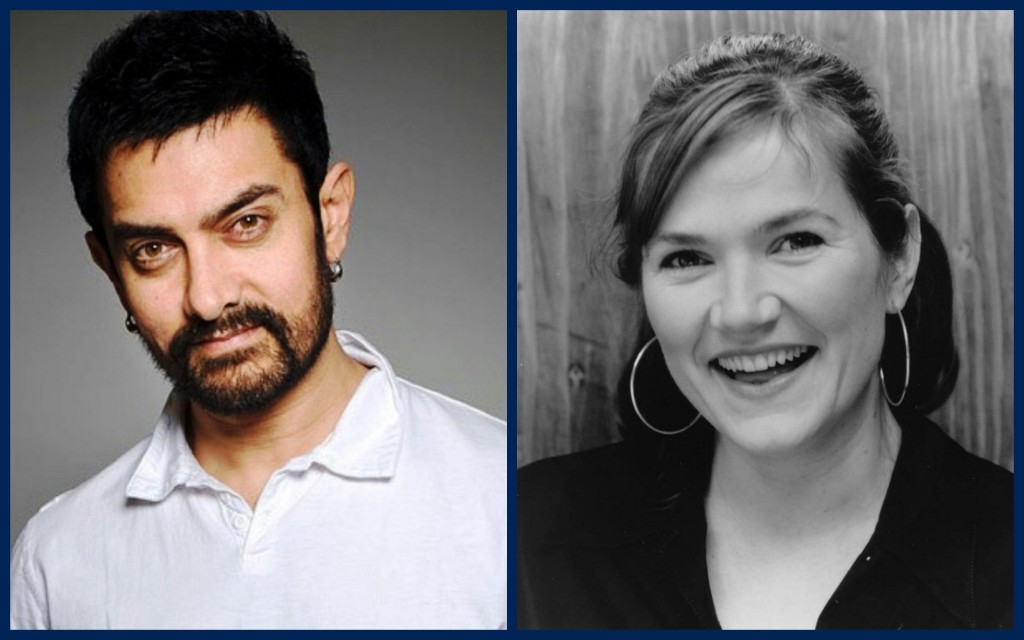 Aamir Khan allegedly has a love child with Bollywood writer Jessica Hynes, who he had met during the shoot of Vikram Bhatt’s Ghulam. While Aamir has denied any possibility of a love child, Hynes has been pretty vocal about it. She once said in an interview that when their son grows up, she would tell him that his father didn’t like them. She named the child ‘Jaan’, who is now a model.

5. Miss Universe She Still Is

Sushmita Sen is one woman who has had many men at their toes. Few of them were from the film industry and others weren’t. 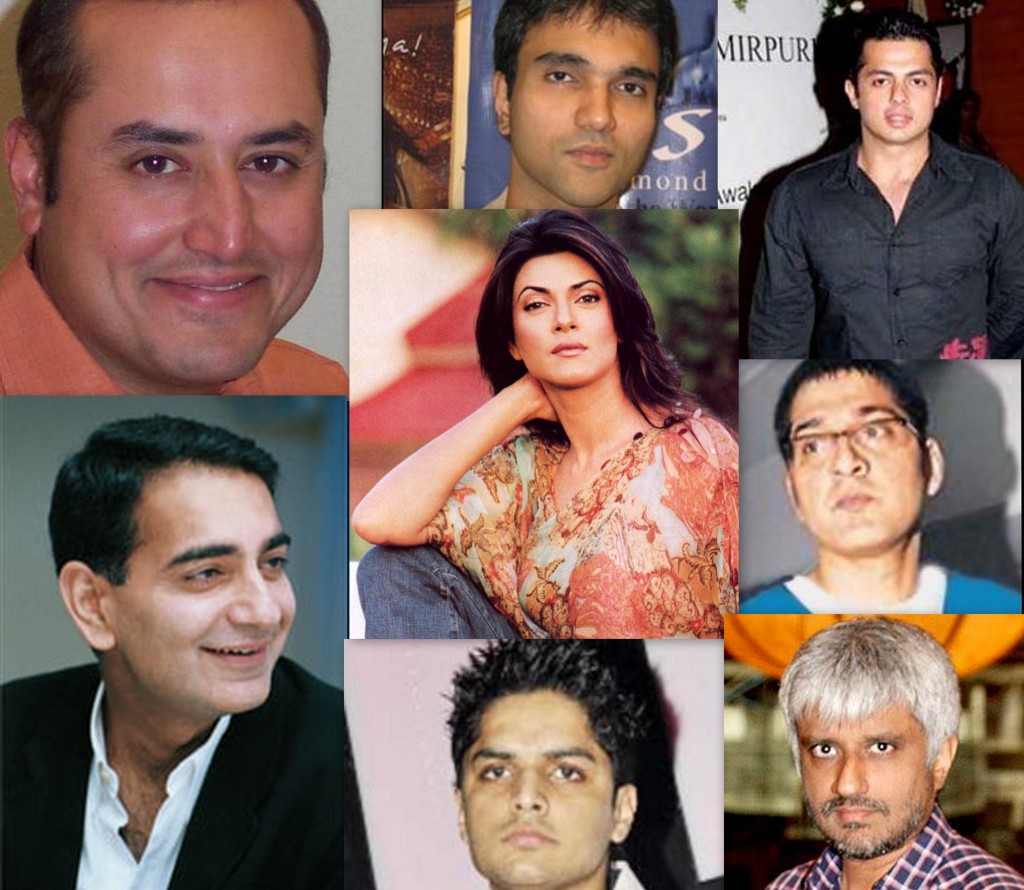 Starting from top in clockwise direction is Sabeer Bhatia, the head of hotmail.com who gifted her a diamond ring of 10.5 carats, director Mudassar Aziz,Globosports’ vice-president Bunty Sachdeva, ad film maker Manav Menon,Vikram Bhatt from the film fraternity,then is Imtiaz Khatri, a businessman and finally Sanjay Narang, a hotelier.

All these men were talked about only when they were with Sush, bcs ever since she’s left them, they seem to have faded away into thin air.

This guy smiling is Rajat Tara next to Sushmita Sen, before she won the Miss Universe title. They split one year after her win. 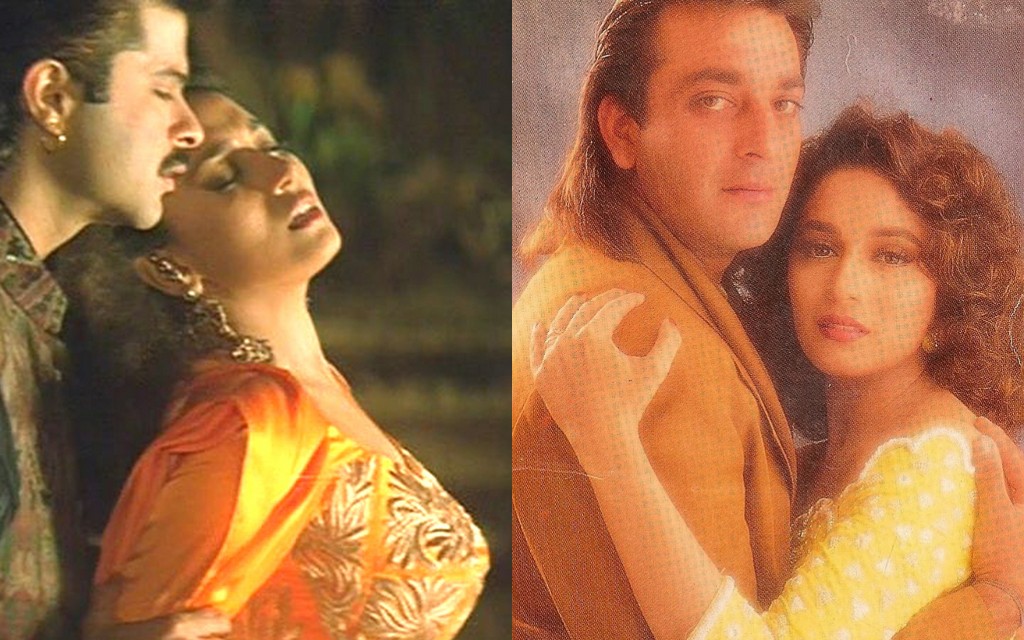 Anil Kapoor and Sanjay Dutt were the two names which are more seriously mentioned when Madhuri’s yesteryear flings are talked about. Though these affairs weren’t long term, but did leave enough matter for discussion. Later, Madhuri got married to Dr Nene and settled in USA for a good couple of years.

7. Miss Dimples With A String Of Flings 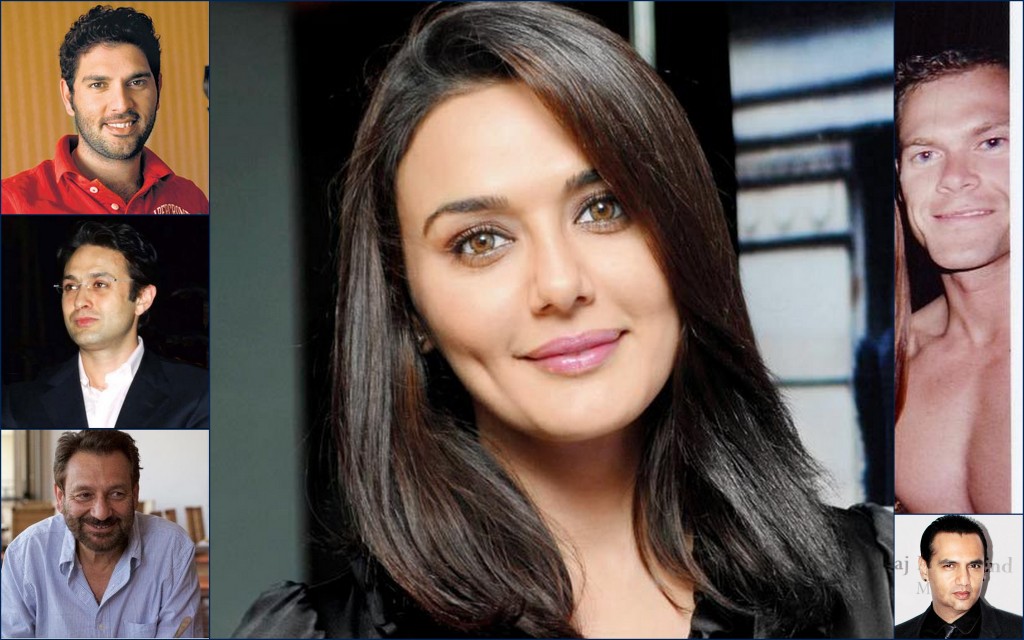 Priety Zinta has been in news for all the men she has dated, latest one being Ness Wadiya. She has always been known to be a happy-go-lucky kinda person, seen hopping around from one relationship to another. The actress has, however, moved on and recently made a revelation that she is involved in a romantic relationship. But Preity Zinta refused to give a name to the mystery man. 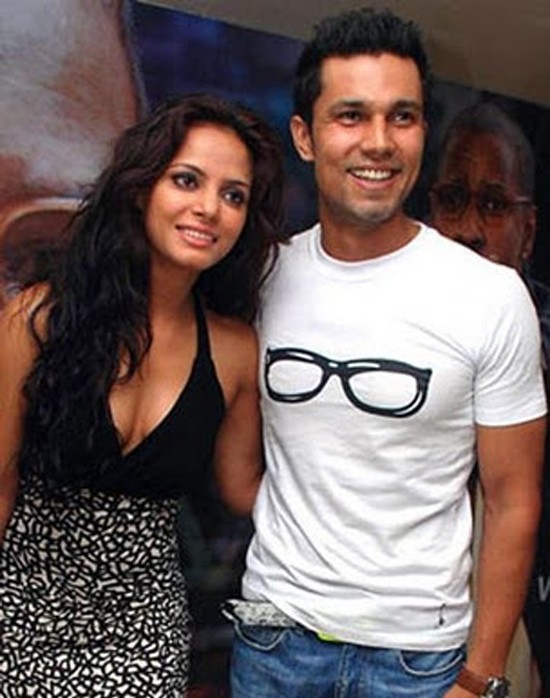 Randeep Hooda and Neetu Chandra started dating in the year 2010 and broke off after two years. During this tenure, they were seen holidaying together and also made quite a few public appearances together. The reason for parting ways was said to be incompatibility. Reports were that when Neetu was named as the brand ambassador for martial art taekwondo in India, Randeep congratulated her and the tweet showed a hope for reunion.

Randeep tweeted “To all the action directors…Very proud…It’s tough as hell.. @Neetu_Chandra brand ambassador for Taekwondo.” A patch up in the offing? Romantic that I am, I surely would hope so. 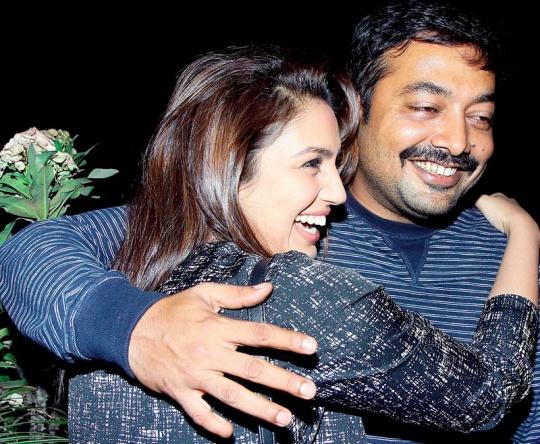 The industry was buzzing when rumors of Anurag’s marriage to Kalki Koechlin was said to have hit a rough patch. The director then himself admitted that the couple were going through some problems and were spending time separately to solve the issues. However, it later cropped up that the cause of the problem was none other than Anurag’s increased closeness to actress Huma Qureshi. The duo met during the filming of ‘Gangs of Wasseypur’. However, the trio has trashed the rumors but it can’t be denied that dhua wahin uthta hai jahan kuch spark hota hai..what say? 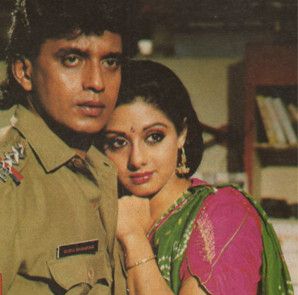 Sridevi was madly in love with Mithun Chakraborty before she met her now husband, Boney Kapoor. Rumours were the duo had secretly tied the knot, but the fact is that Mithun didn’t want to part ways with his wife and thus didn’t commit anything to Sridevi because of which the relationship faded.

11. Now For The Real Khiladi 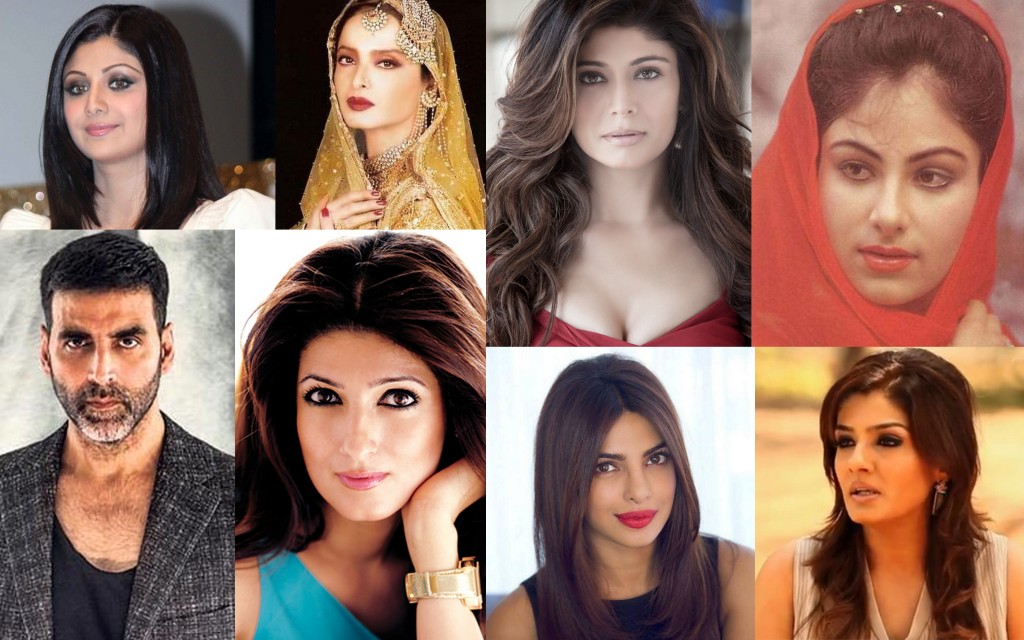 Khiladi Akshay Kumar has had a colorful history as far as his love life is concerned. Starting from Pooja Batra to his wife Twinkle Khanna and Priyanka Chopra, the actor has had a series of alleged love affairs.The most shocking one surely was with Rekhaji during the shooting of Khiladiyon Ka Khiladi.

Need we say there are many more skeletons in the Bollywood cupboard, but some other time!!

Akshay Kumar the true brand ambassador of patriotism in the country was accused of wasting water. Kumar who is known for his meaningful films...
Read more
Videos

Akshay Kumar is known for his fitness, action and maintaining it like good old days. But there is one more thing he has managed...
Read more
Bollywood

Since Nirbhaya, the incident of Bangalore mass molestations has taken the nation by the storm. The ugliest face of molesters came before us this new year....
Read more
Bollywood

Alia Bhatt is a bundle of talent and acting and she has added a new dimension to Bollywood competition.
Read more

Caught Checking Out Other Women? What You Can & Can’t Say…

This Is What You Can & Can't Say If Caught Checking Out Other Women! Imagine your girlfriend/wife catches you while you were checking out another...
Read more
Blogs

An Apple A Day May Not Keep The Doctor Away!

Myth busted! An apple a day may not keep the doctor away, according to a new research which found that daily apple eaters had just...
Read more
Load more
KHURKI

Girls can be irritating! Being one myself, I can say this with all the objectivity possible. A lot of observation, questioning and poking around has gone...
Read more