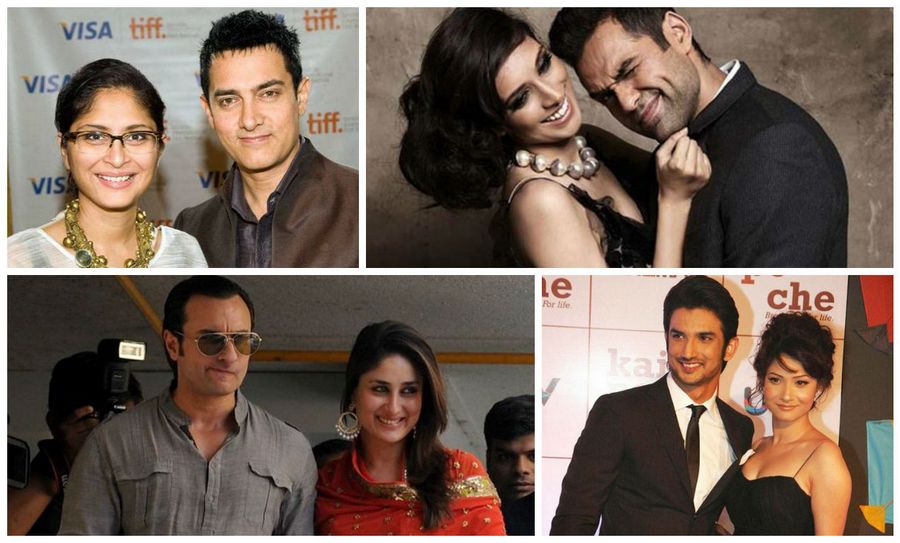 India is fast becoming a modern nation, with open outlook towards relationships. Young couples are opting to stay in a live-in relationship before tying the knot. While some relationships turn into marriage, others fizzle out. And we say that is fair enough, at least they got their fair share to know each other closely. Have a look at some celebrity couples, who are in live-in relationships.

Rahul Dev lost his wife to cancer in 2009. He is now in a live-in relationship with Mugdha Godse. The couple has great chemistry; they work together and seem to be in no great rush to get married.

Sushant has been in a live-in relationship with Ankita for many years now. Over the years, they have only grown stronger and more bonded with each other. The couple is planning to get married in December.

He has been a role model for many and when it came to relationships, he had to follow his heart. He has been in a live-in relationship with Preeti Desai for many years now.

Kiran Rao did not jump at the idea of marrying Aamir Khan. She first chose to move in with him before getting hitched. They couple seem to be in love and have the same wavelength too.

The couple looks like royalty and are happily married now. But before that, they were in a live-in relationship for many years. Kareena chose to check out the Nawab in person, before settling with him forever.

Soha Ali Khan followed her brother’s footsteps by getting into a live-in relationship with Kunal Khemu before getting married to him. While they were staying together, Soha says, she found out that Kunal was a loving and trustworthy person.

What’s It That Makes Kasol So Very Mysterious?

Once you reach the Kullu valley, you can smell magic in the air. The magic is of the mountains, the rivers, the forests and...
Read more
Blogs

List Of Ranbir’s Girlfriends Is Exhaustive! Kat Is No. 6!

Doing Little Things For Your Partner Can Save Your Relationship!

In our busy lives, we sometimes forget to show that we care for our partners. Our spouse is our soul mate and our best...
Read more
Load more
KHURKI

Please don't sell your kidney for an iPhone!
Read more