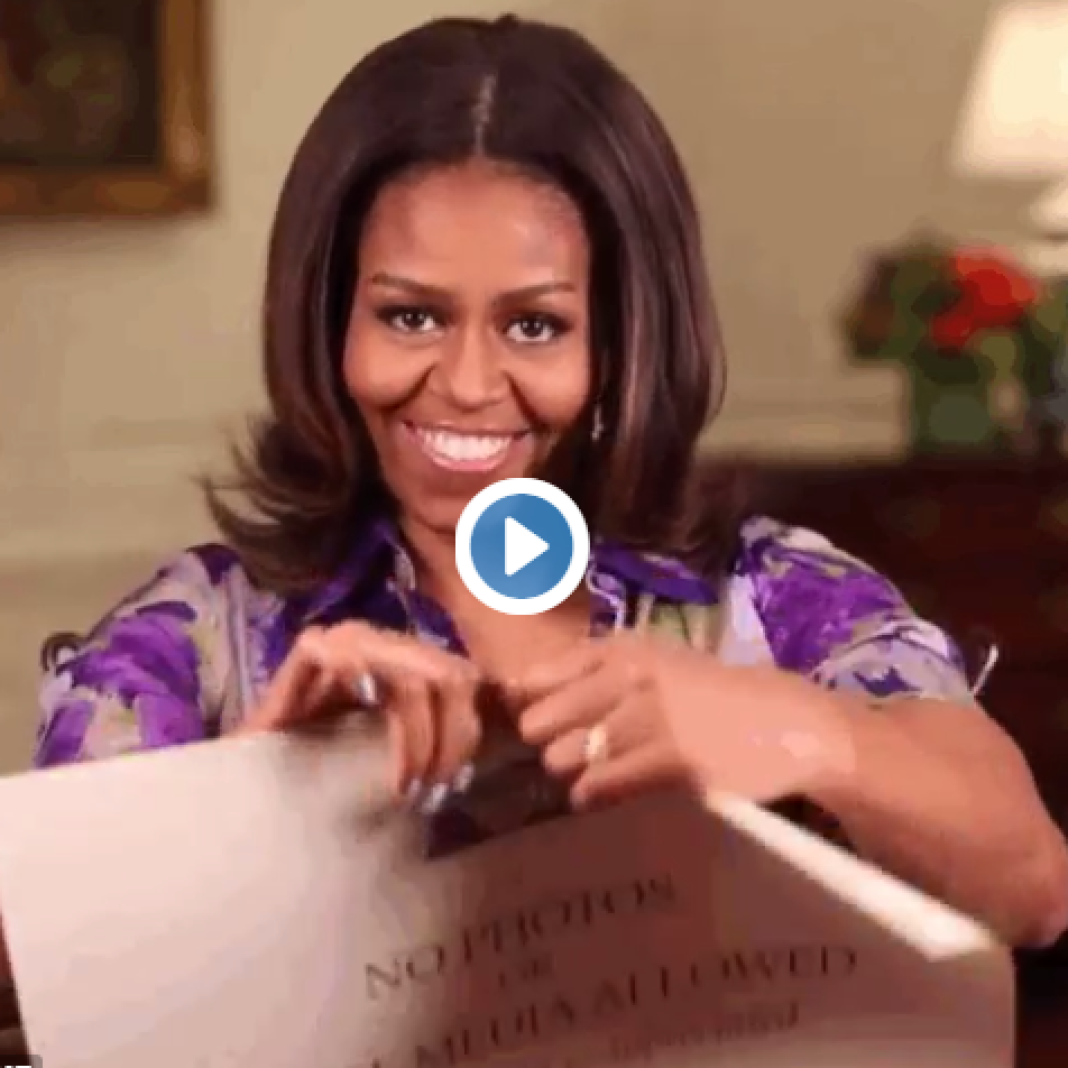 The White House has lifted a 40-year-old ban on taking photos during public tours of the executive mansion, delighting tourists who immediately began posting pictures on social media.

First lady Michelle Obama announced the White House’s change to its rules in a video on Instagram.

“If you’ve been on a White House tour, you may have seen this sign,” she said, holding up a placard reading “No photos or social media allowed”.

“Well, not anymore,” she said as she tore up the sign, laughing.

Tourists greeted by the video as they entered the White House immediately pulling out smartphones and digital cameras.

Some visitors posted instantly to social media, while others wanted to send the photos back home.

So cool to see the @WhiteHouse lift the photo ban today! Our team got some great shots. #WhiteHouseTour pic.twitter.com/eXLbSZ7pAb

The White House said the ban was put in place more than 40 years ago to limit the damage that old flash photography could have on artwork, the first lady’s office said.

Changes in flash photography led officials to lift the ban.

However some cameras and accessories such as so-called selfie sticks are still banned, along with video cameras, cameras with detachable lenses, tablets, tripods and monopods, the White House said.

Phone cameras and compact still cameras with a lens no longer than three inches are allowed, it said.

No matter what, this man, will always remain peoples' president, and my vote will forever be for Barack Obama. His tenure of eight years...
Read more
Himachal

Some Before & After Pics That Led To Some Magical Moments!

Mehmet Genç is a Turkish travel photographer who goes by the name of Rotasiz Seyyah. He is the man behind a project he named...
Read more
Himachal

Shimla, June 15: The Himachal Pradesh high court has ruled that public convenience facilities along highways are a fundamental right of passengers and tourists. The court was informed...
Read more
Lifestyle

The best things about photograph they say is that it never changes. The moment of happiness, sadness, or whatever emotion once captured stays like...
Read more
Bollywood

After the Maggi ban and troubles that our favourite celebrities are facing, it's time we all realised one thing. It is not their fault if what...
Read more
Lifestyle

On June 9, Manabi Bandopadhyay will take charge as the new principal of Women's College in West Bengal. Principal taking the charge is not always...
Read more
Load more
KHURKI

Supergirl is an upcoming American television series developed by writer/producers Greg Berlan, Ali Adler and Andrew Kreisberg set to air on CBS. It is based on the...
Read more
Lifestyle