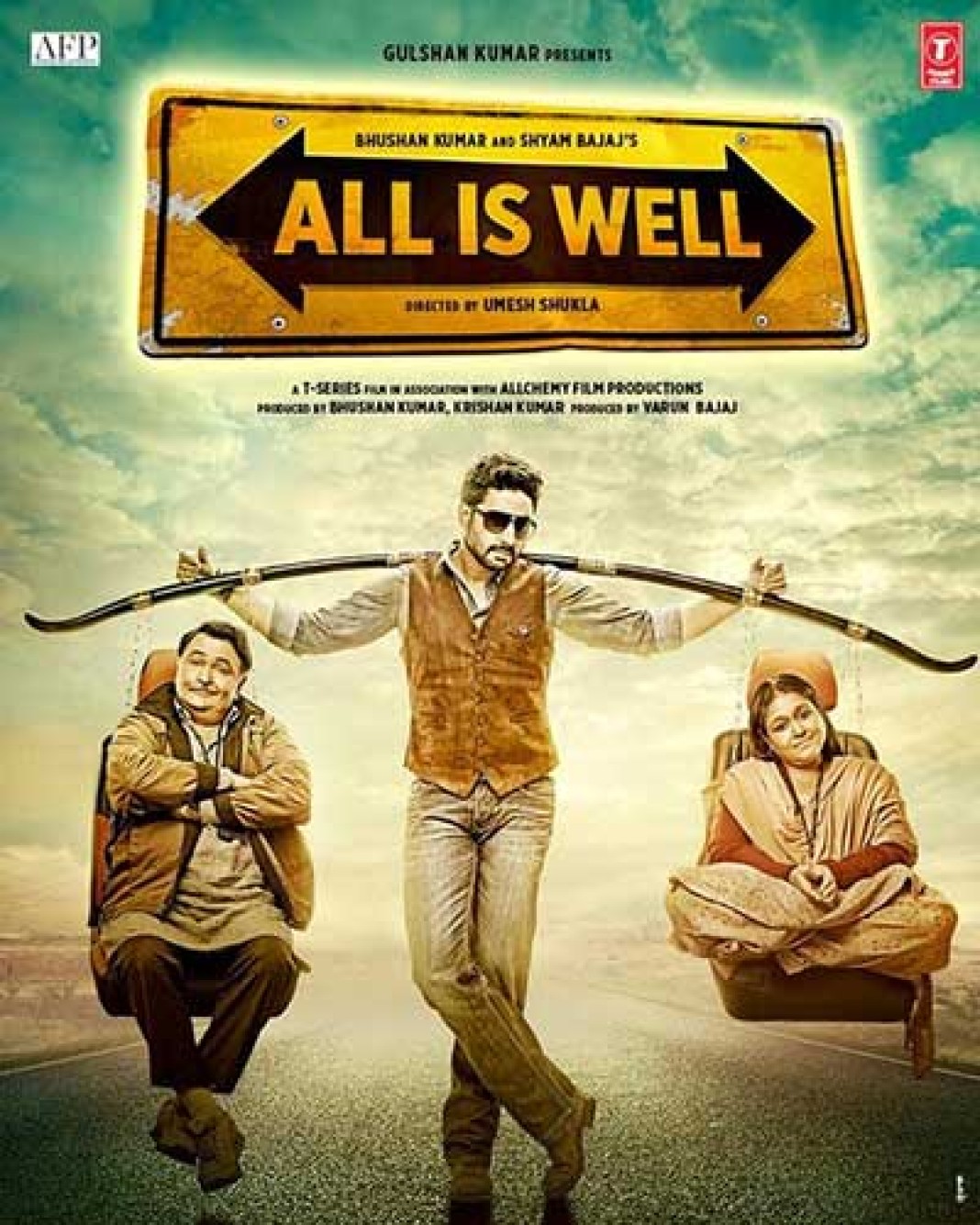 The trailer of Abhishek Bachchan’s All Is Well is finally out. Though quite lame, the film seems to be a complete family entertainer.

Rishi Kapoor is a loud-mouthed problematic character and as the movie revolves around his character.

Another character of an antagonist playe by Mohammed Zeeshan Ayub, who was last seen as Chintu in Kangana Ranaut’s Tanu Weds Manu Returns and was really liked by the audience. His expressions and acting skills will make you laugh and ignore Abhishek Bachchan.

Asin is the lead actress in the film and barely gets a chance to speak in the trailer and Supriya Pathak cannot go unnoticed. She impressed every time she comes on screen. Too bad, we don’t get to see much of her, not since Bobby Jasoos.

Directed by the OMG director Umesh Shukla, the film is set for release on August 21.

The year 2015 may have finished, but the fantastic movies that it gave us haven't. More than ever before, some movies left us with...
Read more
Blogs

Many Many Happy Returns Of The Day....
Read more
Blogs

You will be surprised by No. 1!
Read more

Have you ever wondered why no woman jumps at you and starts making love on some random street? This, in spite of the use of...
Read more
Blogs

Thoughts expressed are from a guy's perspective...
Read more
Blogs

Mumbai is the city where films are made, actors live and Bollywood exists. But a place like Delhi is a film in itself. Movies are always...
Read more
Himachal

Plan A Visit Now, After Knowing These Things About Chamba

Himachal is known for the historical architecture of the temples, forts & tombs. But there is one more place a place with a well...
Read more
Load more
KHURKI

What Would You Prefer Angry Reaction Or Peace?

Are you the Angry Bird?
Read more
Fashion

Do You Speak Fashion?
Read more