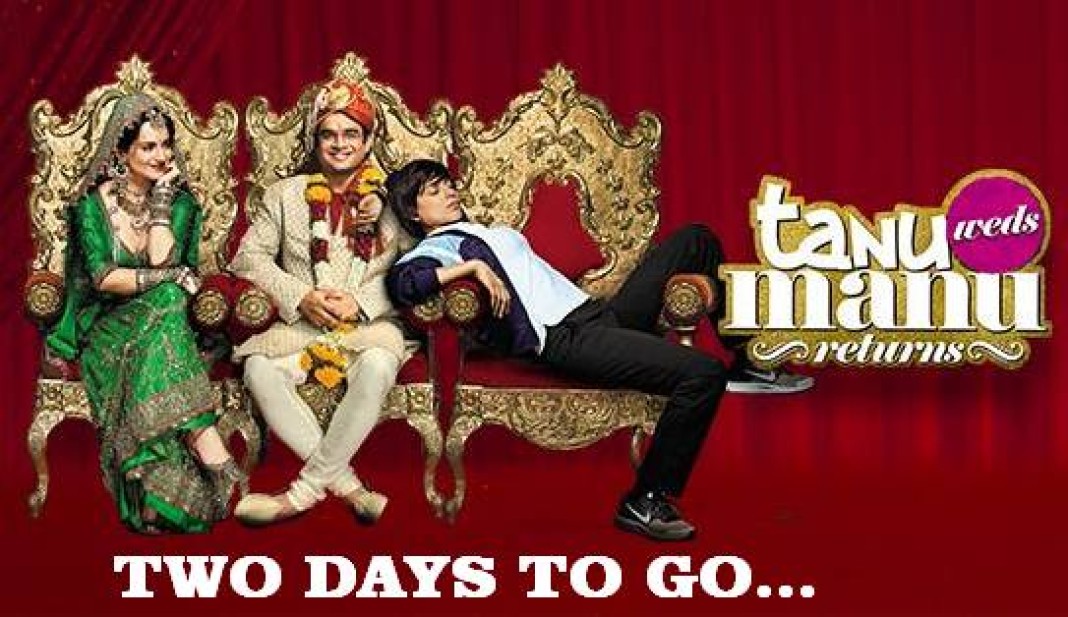 Tanu Weds Manu Returns! And what a return it is.

As Manu gets ready for his second marriage with Kusum aka Datto, heart-broken Tanu isn’t still ready to let go. She joins in the marriage celebrations and even though Manu wants her to leave, she is insistent on staying till the pheras are over.

Shot on the three – Tanu, Manu and Datto – the song depicts the pain that all three are going through.

Watch the emotional turmoil between the trio in the new soulful track Mat Ja Re by Ankit Tiwari.

And while you are at it, also read what Bollywood has to say about Tanu Weds Manu Returns after a special preview. hosted by Kangna Ranaut. Bollywood has not just given a thumbs-up to Aanand L Rai’s film, they can’t stop raving about Kangana Ranaut’s performance in it, either.

Kangana, who received the National Award this year for her performance in Queen, seems to have charmed tinsel town with her acting prowess yet again.

Read what they had to say: 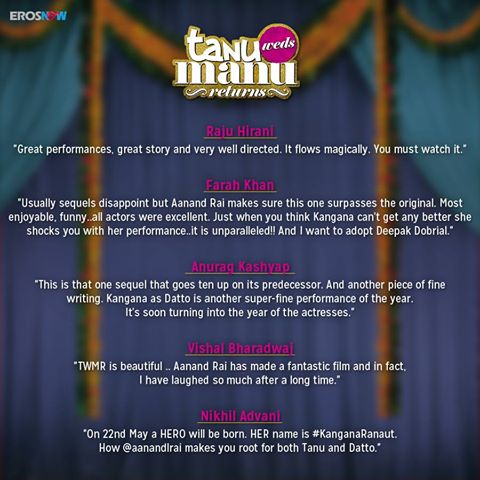 So, just 2 days to go and Tanu, Manu and Datto invite you to embark on a super-fun journey with them this Friday.

Have you booked your tickets yet?

How Not To Mess With A Four-Year-Old Angel!

Can Rumi Be The New Role Model For Condom Advts?

RaGa, Earthquake And The Twitterati