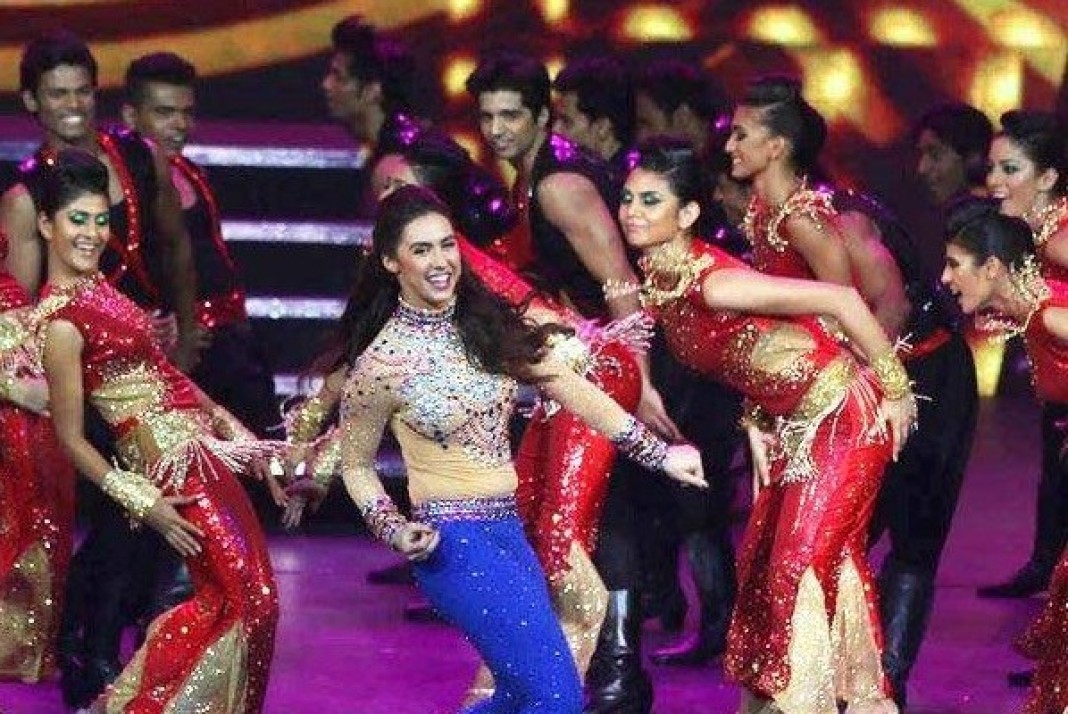 Bringing to you some oops moment from IIFA 2015, scheduled to be telecast on June 28.

#IIFA #Rocks #2015 @colorstv Sunday June 28th 8pm 🙏🏽 I truly believe out of something negative there is always a positive!! However, it’s YOU who needs to chose to be positive. I would have never imagined such a mess up would happen during my first ever IIFA performance…how do you plan for something like this? But I made a quick decision to have fun with it instead of getting upset or embarrassed. In retrospect with having “The Show Must Go On” mentality I ended up showing my true character and gaining respect from my Bollywood contemporaries! It’s all about your perspective. What one might think was a disaster, I believe was a gift from God!

During her performance, Lauren Gottlieb realised the music went off due to some technical glitch. Rather than stopping or being embarrassed, this girl used her wit and kept going.

#IIFA #Rocks #2015 @colorstv Sunday June 28th 8pm 💖 Fame and fortune has never been top priority in my life. I always wanted to inspire people. When people tell me I inspire them and made an impact on their life…my heart and soul is enriched. Bas! I’m happy. That’s all I need 🙏🏽 A video posted by Lauren Gottlieb (@laurengottlieb) on Jun 25, 2015 at 12:41am PDT

Who is Lauren Gottlieb?

She is a contemporary dancer and actress from Scottsdale, Arizona, United States, most known for being a contestant on the third season of the reality dance competition So You Think You Can Dance and for playing the lead role in the 2013 Indian dance film ABCD: Any Body Can Dance and not its sequel ABCD 2.

She was the highest scorer and the runner-up of the popular Indian television dance show Jhalak Dikhhla Jaa (Season 6) with choreographer and partner Punit Pathak.

Lauren’s first shot at acting was on the television show Ghost Whisperer (2005). After Ghost Whisperer, Lauren guest-starred in Make It or Break It (2009), CSI: Crime Scene Investigation, and Alvin and the Chipmunks: Chipwrecked (2011).

Prior to filming ABCD, Lauren moved to India in March 2012 and spent three months learning Hindi and Bollywood dance techniques. The film was shot in Mumbai where she played the role of dancer Rhea, a student of Vishnu (Prabhudheva). It featured Kay Kay Menon, and Ganesh Acharya as well as dancers Salman Yusuff Khan, Dharmesh Yelande and Punit Pathak from the television show “Dance India Dance“.

And these are a few of her breathtaking performances:

Are You Forgetting Your Basic Manners?

God Bless You AbRam As You Turn Two. Happy Birthday

Shahrukh Khan's youngest son AbRam has turned two and he is already a star in his own ways. The youngest Khan always grabs attention whenever...
Read more
Bollywood

India faces Australia in the semi-final of the World Cup on Thursday and Virat's girlfriend Anushka Sharma has already made it to the land...
Read more
Lifestyle

‘My Choice’ Is Beyond Your Comprehension, So Don’t Bother! You Be Happy With Your Beer Belly

Deepika Padukone and Homi Adjania's 'My Choice' video has become the talk of the town, but for all the wrong reasons! The video has...
Read more
Hindi Blogs

Megastar Amitabh Bachchan hasn't realised where the last 34 years since the Prakash Mehra-directed drama ‘Laawaris’ was released. The 72-year-old actor, who played Heera in the...
Read more